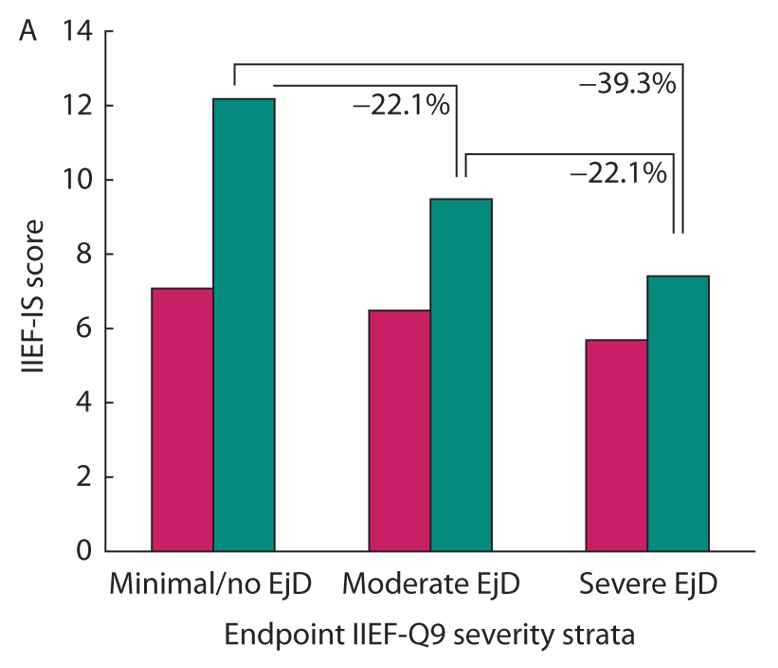 Finally, the third post under the Article of the Week heading on the homepage will consist of additional material or media. This week we feature a video of  Darius Paduch discussing his paper.

Effects of 12 weeks of tadalafil treatment on ejaculatory and orgasmic dysfunction and sexual satisfaction in patients with mild to severe erectile dysfunction: integrated analysis of 17 placebo-controlled studies

• To compare effects of tadalafil on ejaculatory and orgasmic function in patients presenting with erectile dysfunction (ED).

• To determine the effects of post-treatment ejaculatory dysfunction (EjD) and orgasmic dysfunction (OD) on measures of sexual satisfaction.

• EjD and OD severities were defined by patient responses to the International Index of Erectile Function, question 9 (IIEF-Q9; ejaculation) and IIEF-Q10 (orgasm), respectively.

• Satisfaction was evaluated using the intercourse and overall satisfaction domains of the IIEF and Sexual Encounter Profile question 5.

• Analyses of covariance were performed to compare mean ejaculatory function and orgasmic function, and chi-squared tests evaluated differences in endpoint responses to IIEF-Q9 and IIEF-Q10.

• A total of 3581 randomized subjects were studied.

• Treatment with tadalafil 10 or 20 mg was associated with significant increases in ejaculatory and orgasmic function (vs placebo) across all baseline ED, EjD, and OD severity strata.

• In the tadalafil group, 66% of subjects with severe EjD reported improved ejaculatory function compared with 36% in the placebo group (P < 0.001).

• Residual severe EjD and OD after treatment had negative impacts on sexual satisfaction.

• Limitations of the analysis include its retrospective nature and the use of an instrument (IIEF) with as yet unknown performance in measuring treatment responses for EjD and OD.

• Proportions of subjects reporting improved ejaculatory or orgasmic function were ª twofold higher with tadalafil than with placebo.

• These findings warrant corroboration in prospective trials of patients with EjD or OD (without ED).

BJUI at USICON
Scroll to top