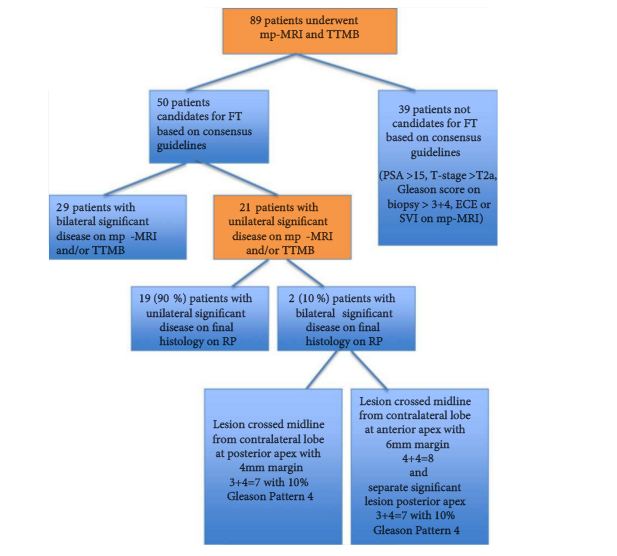 Finally, the third post under the Article of the Week heading on the homepage will consist of additional material or media. This week we feature a video from Mr. Mark Emberton, discussing his paper.

From January 2012 to January 2014, 89 consecutive patients, aged ≥40 years, with a PSA level ≤15 ng/mL, underwent in sequential order: mpMRI, TTMB and radical prostatectomy (RP) at a single centre. Analysis was performed on 50 patients who met consensus guidelines for FT. Lobes were stratified into lobes with significant cancer (LSC), lobes with insignificant cancer and lobes with no cancer. Using histopathology at RP, the predictive performance of combined mpMRI + TTMB in identifying LSC was evaluated.

In the selection of candidates for FT, a combination of mpMRI and TTMB provides a high NPV in the detection of LSC.