Editorial: Going with the flow! Relieving LUTS and preserving ejaculation

Within the last few months of 2013, the Prostatic Urethral Lift procedure, using the UroLift® implant device (NeoTract, Inc., Pleasonton, CA, USA), appeared on the global urology stage. UroLift has the unusual distinction of being both radically new and yet highly studied. The creative crossover study by Cantwell et al. [1] in the present edition of the BJUI adds to the positive evidence for this new treatment option for men with LUTS. Roehrborn et al. [2] have also recently published a high-quality randomized, blinded study. The accumulating published data indicates a new response profile of rapid relief from LUTS and improved urinary flow, while preserving sexual function, including the often overlooked but much valued benefit of preserving ejaculation. In September 2013, Urolift was approved by the US Food and Drug Administration (FDA) [3] and then subsequently by the National Institute for Health and Care Excellence (NICE) in the UK [4]. Gaining regulatory approval at the first attempt is a strikingly unusual achievement but one we can learn from.

The development of this technique began with initial work in 2005 showing that prostatic glandular tissue could be compressed and tethered to the outer prostatic capsule to open up the prostatic urethra [5]. Neotract and its clinical advisors then embarked on years of device development and iteration, culminating in the current version of the UroLift implant device and the currently preferred technique [6]. The rigorous development and clinical testing programme represents a master class in how a new minimally invasive procedure should be developed.

The process illustrates the benefits of cooperation between active clinicians and expert engineers. One particularly important element in this cooperation was the identification of the critical evidence that would be necessary to overcome regulatory hurdles but also to allow clinicians to understand and evaluate this procedure as they adopt it into practice. Neotract’s determination to produce high-quality data first, rather than publicising the method and developing the data to support it later, represents a refreshing change.

So, get a good and novel idea, develop the engineering, do the high-quality studies, et voila – approval! But is it as easy as that? No, the missing element is finance – lots of it. For a company to tread this recommended path, although required by regulators (and indeed by editors), takes a huge amount of money. An FDA pivotal trial of sufficient quality to convince is likely to cost upwards of $20 m. Few start-up companies or indeed established device companies will take that gamble on truly innovative solutions, particularly when economic conditions are tough. NeoTract and its UroLift technology persevered through the economic crash of 2008 and have continued to achieve key clinical milestones against fierce regulatory and financial headwinds. Given these formidable challenges, it is reasonable to wonder how many other developers with novel ideas would be capable of completing the course. Most, unfortunately, would fail. 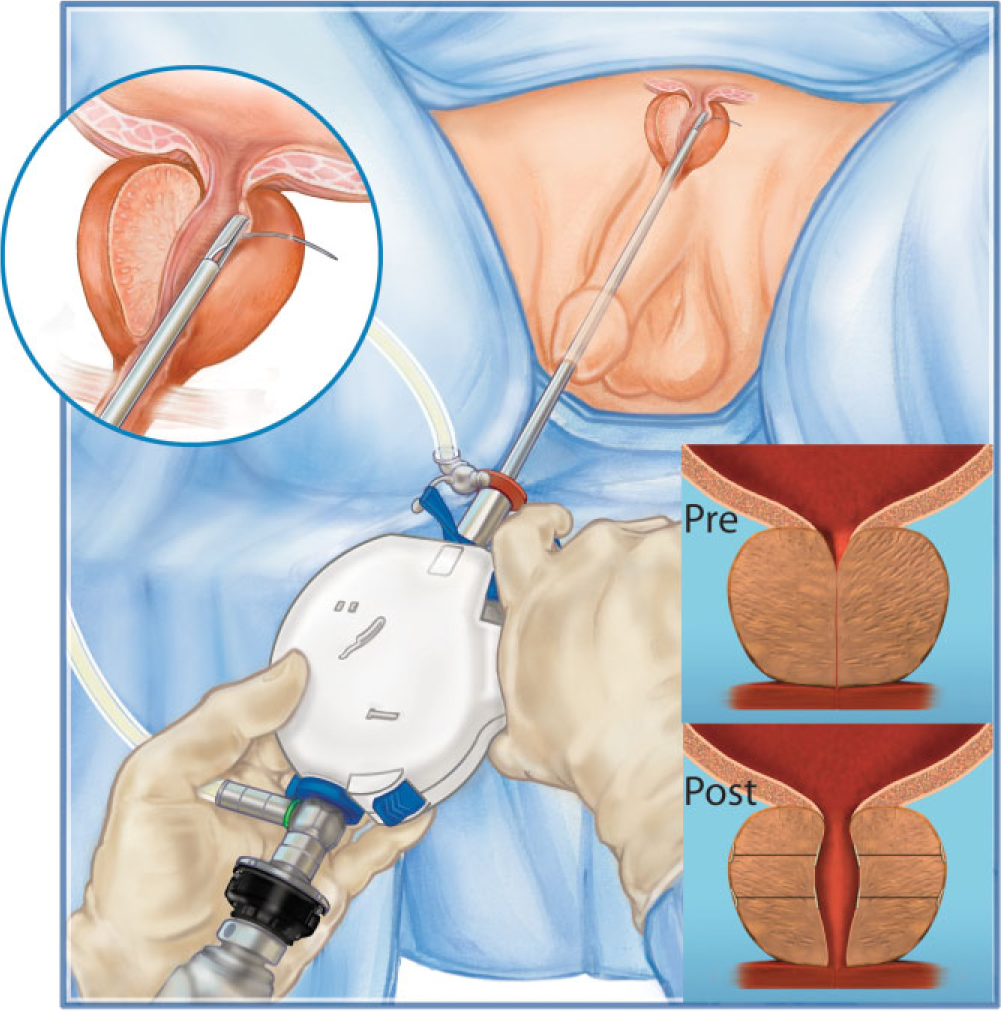 I encourage you to both review the data of Cantwell et al. [1] in this journal and take a look at the Prostatic Urethral Lift technique, as an innovation that is now available for wider adoption (Fig. 1). It does require judgement to select those most likely to benefit and endoscopic skill to achieve the maximum therapeutic benefit, but it appears to be an effective option for men poorly served by drugs, yet wishing to avoid the negative effects of existing surgical options. Additional studies continue to enrol participants, including a European randomized study, but the evidence currently available greatly exceeds that of most newly introduced minimally invasive developments. Why not take the opportunity to assess it yourself?