In their commentary in the current issue of BJUI, Stonier et al. [1] examine the potential technical pitfalls and published results of the Retzius‐sparing technique of robotic radical prostatectomy. The authors reviewed three studies from three different groups [2,3], including a study by our group [4], and raised three specific concerns: the oncological efficacy of the procedure; the long learning curve; and the generalizability of the technique to challenging surgical scenarios. We offer a few clarifications and comments.

Recognizing the potentially technically challenging nature of the Bocciardi approach, we performed a randomized controlled trial to objectively evaluate the technique. Randomized controlled trials are typically designed to answer a single question. Our trial was designed to determine whether there were differences in the rate of return of urinary continence, the primary benefit that previous non‐controlled studies had reported. This our study clearly showed [4].

Once the trial was completed, post hoc analysis of secondary outcomes was performed [5]. One of these outcomes was the positive surgical margin rate. In our trial, we noted an overall positive surgical margin rate of 25% in the Retzius‐sparing arm vs 13% in the control arm, a difference that did not achieve statistical significance (P = 0.11). Stonier et al. [1] suggested that if the sample size of our trial were doubled, then the positive surgical margin rate in each group would be doubled as well, leading to significance. This conclusion is problematic. The likelihood that doubling the sample size would result in the exact doubling of numbers in all four cells of a 2 × 2 contingency table is estimated at <5% using Fisher’s exact test (this calculation is different from the P value). Furthermore, the surgical margins depend as much on the pathological stage as on surgical approach. In our trial, patients were matched preoperatively for risk in the best manner possible for a pragmatic randomized trial. However, it is impossible to predict and control for the final pathological characteristics. Pathological analysis showed that patients undergoing Retzius‐sparing surgery did have significantly more aggressive disease: ≥pT3 disease in 45% vs 23.3% of patients (P = 0.04) [4, 5]. This, by itself, could account for a substantial difference in surgical margin rates.

In writing our paper, we made no judgements as to whether the Bocciardi or posterior technique is fundamentally superior to an anterior or Menon approach, whether it is easier to perform, how generalizable it is [6], or what the learning curve may be. That is best left to the individual surgeon’s training and judgement. We do suggest, however, that surgical margins be interpreted as a function of pathological variables, and not in isolation, and that it is simplistic to assume that identical results will be obtained by doubling sample size. We suggest that such conclusions are hypothesis‐generating, and should best be explored through a separate, purpose‐designed randomized trial. 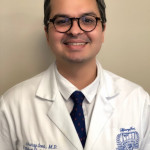 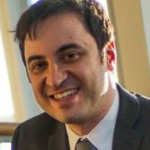 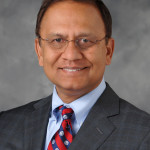 Article of the week: RS‐RARP vs standard RARP: it’s time for critical...
Scroll to top