Blog - Latest News
You are here: Home1 / Article of the Week2 / Editorial: Stent removal need not be painful 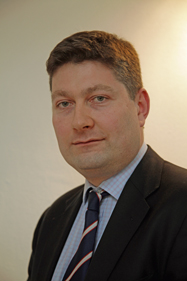 Ureteric stents are undoubtedly a significant cause of morbidity while in situ [1].Whilst there are different options for removal, they are usually removed under local anaesthetic with the aid of a flexible cystoscope. This is an uncomfortable procedure and a proportion of patients seem to get fairly severe pain afterwards, which may be attributable to ureteric spasm. The pain after stent removal has not been well reported in the literature. In this issue of the BJUI we present a randomised controlled trial of a non-steroidal anti-inflammatory (NSAID) to dramatically reduce pain after stent removal.

This beautifully simple study by Tadros et al. [2] had simple aims: to determine the incidence of pain after stent removal and whether this could be reduced using a single oral dose of a NSAID given before the procedure. In a prospective randomised double-blind placebo controlled trial, the authors have shown a clear advantage to the use of active medication over placebo, such that the trial was stopped after an interim analysis. Using a visual analogue scale (VAS) the mean pain after stent removal was 2.7 in the NSAID group compared with 5.5 with placebo.More impressively the proportion of patients with severe pain (as defined as aVAS >=7) within 24 hours of stent removal was 0% vs. 55%. A corresponding reduction in narcotic use was seen (1.67 mg vs. 4.77 mg).

With increasing healthcare pressures on emergency departments and beds, and in the UK with financial penalties for re-admissions, this simple intervention has the potential to improve our own patients pain ratings and satisfaction and also reduce emergency consultations and even re-admissions. It should be noted that in this trial, there were two visits to the emergency department and one re-admission, all in the placebo group.

NSAIDs are thought to work through a number of mechanisms such as direct effect on pain pathways, reduced ureteric contractility and renal blood flow. This is thought to be a class effect for all NSAIDs. The drug used in this trial (rofecoxib) has subsequently been withdrawn from the market, although one would expect similar outcomes with other NSAID medications.