Blog - Latest News
You are here: Home1 / BJUI Blog2 / A Rather Nasty Surprise 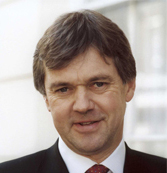 Recently, I encountered, and indeed I actually caused, a complication of robot-assisted radical prostatectomy (RARP) which was new to me, and one which I felt that I should share with other surgeons.

PM, a 60-year old teacher, underwent a completely routine RARP, which took less than 2 hours to perform on a Saturday morning. During Sunday night he developed severe abdominal pain and distension. By Monday morning he was in distress with rebound tenderness and marked tachycardia. A CT scan was requested, which revealed a caecal volvulus. A laparotomy by a general surgeon confirmed the diagnosis and an urgent right hemicolectomy was undertaken. The patient made an uneventful recovery and, I am pleased to say, is still speaking to me. Histology confirmed an ischaemic caecum twisted on its rather thickened mesentery, with no perforation present. The prostate itself contained a Gleason 3+4=7 adenocarcinoma, without evidence of extra-prostatic extension. 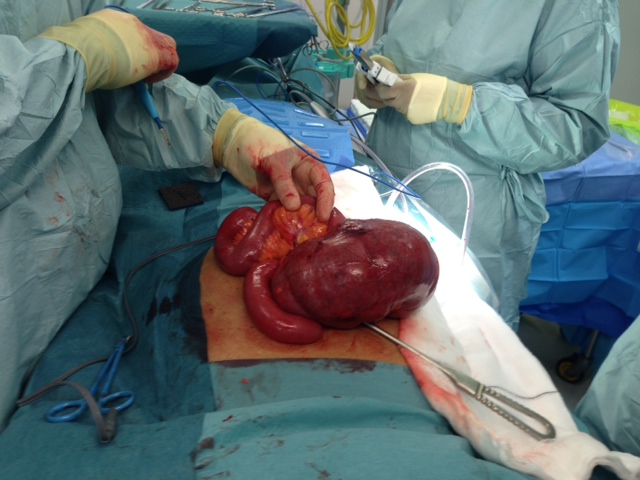 Although robotic assistance provides the benefits of very precise, virtually bloodless surgery, with 10 times magnification and 3D vision, it also carries the risk of a specific set of complications. These need to be dealt with promptly and efficiently and can usually be completely resolved. Failure to recognise post-operative problems, such as bowel injury, intra-abdominal bleeding or port-site hernia, however, can place the patient in severe and increasing jeopardy. We recently published an article in the BJUI entitled “Lessons Learned from 1000 robot-assisted radical prostatectomy” in which we discussed how many of the problems could be avoided, and, if they occur how they can be best dealt with. One key message is the importance of an early CT scan to diagnose the nature of a post-operative problem, rather than crossing fingers and hoping things will settle.

I am hoping that this blog, and the BJUI article mentioned above, will stimulate other surgeons to discuss openly and frankly the problems that they themselves have encountered, either with regular laparoscopy or with the da Vinci robot, and how they dealt with them. Learning the lessons, not only from one’s own errors and omissions, but also from those of others, seems the best way to become, and continue to be, a safe and successful surgeon.

Technological Innovation in the BJUI