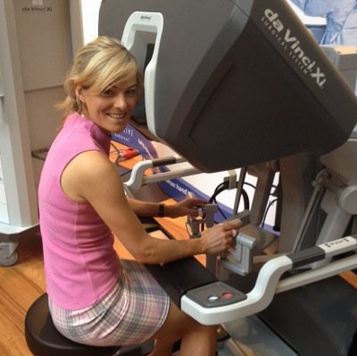 Creole cuisine, bustling Bourbon street, beads and beignets and 16,000 urologists.  #AUA15 has just drawn to a close in the birthplace of Jazz; New Orleans, Louisiana #NOLA. With 2,598 abstracts being presented, over 2,500 speakers and representation from more than 100 countries it was undoubtedly an educational and action packed five days.

This was my first AUA and while I knew it was going to be a big conference I was stunned by the size of it all. There were urologists everywhere, so much so that jiving to jazz on Frenchman became a game of ‘spot the urologist’ by the signature urology dance moves and stylish….ish dress code!!!! The scientific programme was so extensive it was difficult to find the time to attend all the sessions I wanted to. However, the committee deserve huge credit for developing the AUA2015 app and Daily news snippets that were available throughout the centre which made it easy to optimise your time at the meeting. 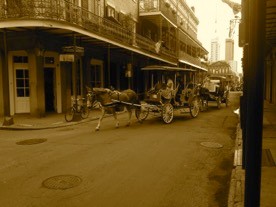 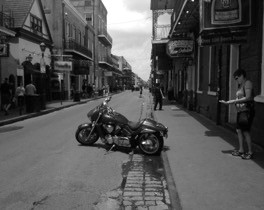 The conference got off to a heated beginning with the Crossfire: Controversies in Urology session sparking plenty of debate. Few topics have ignited as much argument as the question of focal ablation for prostate cancer and the discussion between Mark Emberton MD, UCL, London and Aaron E. Katz, MD,PhD, Winthrop University Hospital was no different. To call it a lively session is an understatement. The question of alpha blockers being sold over the counter for BPH was also discussed during this session. Although the drugs have proven safe over the last 25 years clinicians have concerns that the loss of patient contact as a result of this relabeling would causes a loss of control in the treatment of men with BPH.

Friday drew to a close with the urotwitterati enjoying the social media TweetUp encouraging newbie tweeters to get involved. It clearly worked because #AUA15 set a new record and almost trebled it’s tweeting volume since #AUA13.

Day two, Saturday saw the opening of the Science and Technology hall. A spectacle of testicular, penile devices and stalls I have never seen. I fear what one might have thought had they stumbled into the conference centre by accident!! 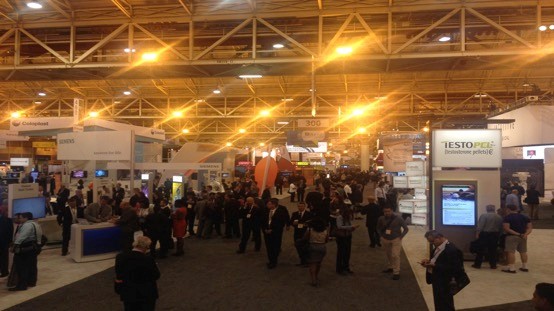 The @BJUIJournal #SoMe awards took place on Saturday evening. @DrHWoo deservedly bagged The Social Media Award 2015 for #UROJC. A well chosen venue there were no issues with Wifi for tweeting!!! Read the #SoMe blog for all award details

Enjoying the @BJUIjournal cult #SoMe awards 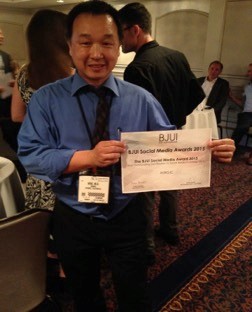 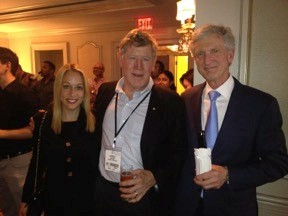 A personal favourite of mine at the conference was the 4th annual Residents Bowl which took place over three days; with residents engaging in a battle of the brains! Northeastern claimed the trophy in the end and team members on the winning side included this year’s BAUS representative @DerekHennessey.

BAUS, BJUI and USANZ came together on Sunday afternoon for a stellar line-up of speakers and topics. The session was well attended and speakers outlined the most recent data but more importantly shared the experience of techniques and outcomes in their centres and countries. I think this combined society session is a fantastic arena for all to both learn and educate each other on what is working best, where and why? The superb line up included Dan Moon, Jeremy Grummet, Henry Woo, Declan Murphy, David Nicol, Damien Bolton, Stephen Boorjian and Philip D. Stricker who all shared their clinical expertise.
BJUI Guest speaker Ben Challacombe discussed the evidence base for management of RCC by partial nephrectomy. Lower intraoperative complications and WIT were observed at their centre at Guy’s Hospital London, which is similarly reflected by low complication rates in the BAUS mandatory UK national nephrectomy audit. Professor Prokar Dasgupta started his up and down journey for the evidence supporting robotic cystectomy for TCC bladder by reminiscing on where it all began; kite-flying in India as a young boy. 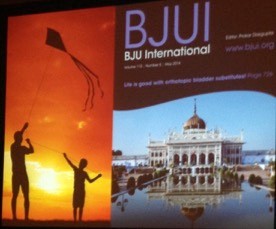 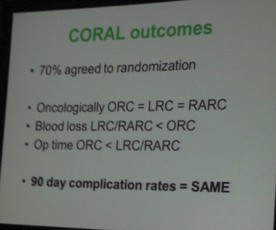 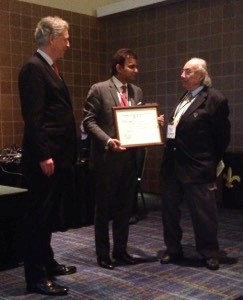 Finally the session closed with the presentation of the Coffey-Krane award to Gopa Iyer; Phase III Study of  everolimus in metastatic urothelial cancer collected on Dr Gopa’s behalf by David Quinlan. This award is for trainees who are based in the Americas and judged by a panel as the best publication accepted to the BJUI.

Overall, some of the big points of the conference were the amendments to AUA guidelines including Castration-Resistant Prostate Cancer, which was updated from just last year. Perhaps, the most significant was the first ever draft of AUA Peyronie’s disease guidelines; outlining recommendations from medical therapy to surgery.

The huge rise in social media at urology conferences was demonstrated again by record-breaking figures via @symplur showing that the use of Twitter among the urology community continues to grow: 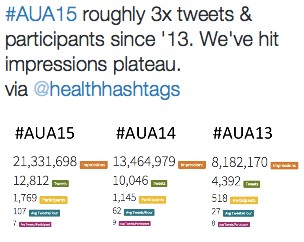 #AUA15 was both an educational and social experience. I had a blast, learned loads and also got to experience the culinary delights of Muffuletta and Gumbo, take the trolley up St. Charles to the Garden district and simply encounter the warmth and friendliness of both the Louisiana folk and the huge family of Urology. The AUA Scientific Committee deserve a huge congratulations on the success of a stimulating, enjoyable and extensive scientific programme. I know I heard echoes of ‘best AUA yet’ in my company.