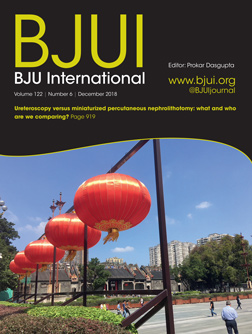 Editorial: Ureteroscopy vs miniaturized percutaneous nephrolithotomy: what and...
Scroll to top