Blog - Latest News
You are here: Home1 / BJUI Blog2 / Movember: The power of the Mo!

The word Mo is Australasian slang for a moustache and whilst not a northern hemisphere phrase this hasn't prevented rapid dissemination across the globe. Although originally an innovation solely in Australia and New Zealand for its first 6-7 years, Movember is now taking the world by storm with the UK and Canada leading the way. Staggeringly last year in the UK more than 363,000 men grew a hairy upper lip and in doing so raised over £27 million.

The Movember foundation donates the proceeds to men's health charities which is primarily (around 70%) prostate cancer but also donates to charities supporting mental illness and this year will contribute to the orchid trust for testicular cancer. Money raised from the UK campaign goes to Prostate Cancer UK, which received £14.6m for the year to April 2013, and the Institute of Cancer Research, which received £299,891 for the same period.

When working in urology clinics where one meets up to 20 new patients a day that's many conversations about this issue helping to raise awareness and hopefully directing people to the website to donate to the UK Movember site. 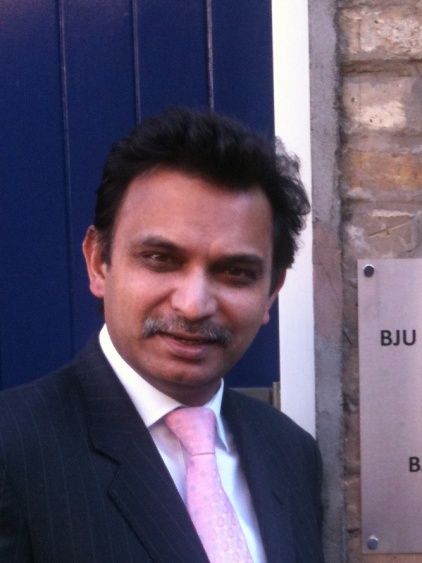 Prokar Dasgupta outside the BJUI offices in Movember 2012

So Mo brothers and sistas let’s keep up the good work and prepare for another bumper crop of upper lip hair!

Movember and the Importance of Patient Advocacy