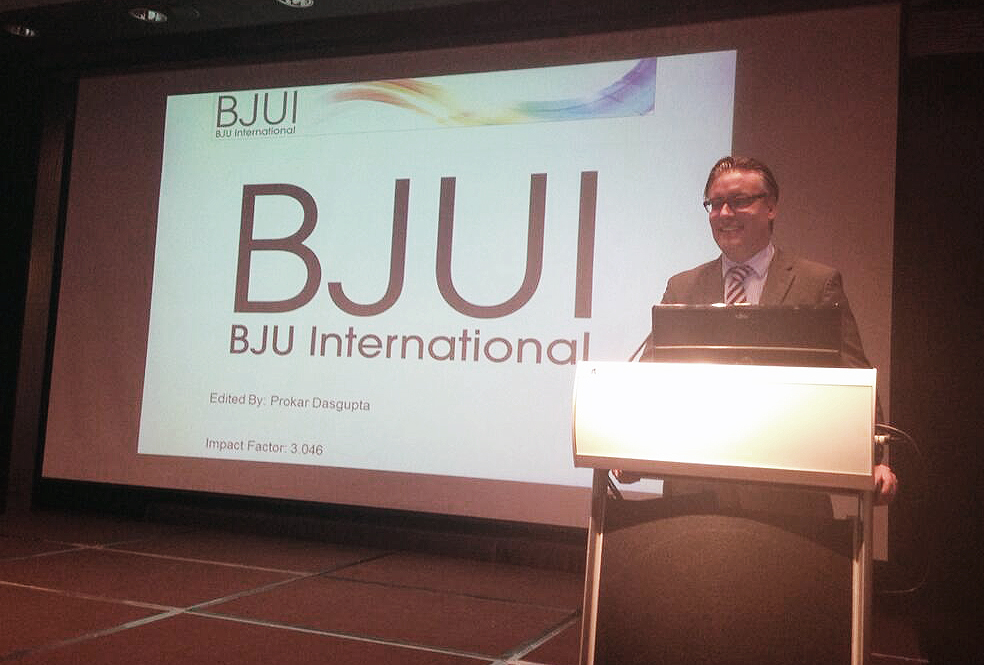 As gatekeepers urologists remain at the frontline of urological oncology in a position of trust that they have held since Charles Huggins, Nobel Laureate in Urology, pioneered the use of hormone manipulation to treat prostate cancer. However, radiation within urology is an important adjunctive, palliative and even primary treatment method for many urological malignancies. However, within many spheres, particularly internationally regarding prostate cancer, tensions appear to have been simmering between urologists and radiation oncologists. Fortunately, this does not appear to be the case in Australia and New Zealand but it is an important time to reflect on such issues as we move ever forward in the multimodality era.

In the USA the use of self-referral by urologists of men for adjuvant radiotherapy (RT) has come under scrutiny. Some urology groups have integrated intensity modulated RT (IMRT), a RT treatment carrying a high reimbursement rate, into their practice. This was highlighted in a recent New England Journal of Medicine article where the rate of IMRT use by urologists working at National Comprehensive Cancer Network centres remained stable at 8% but increased by 33% among matched self-referring urology groups [1]. This study has been criticised for bias but nonetheless captured political and academic attention. Certainly this situation has not arisen in our hemisphere but it remains important we think critically of what treatments we offer our patients and ensure patient’s best interests are maintained. 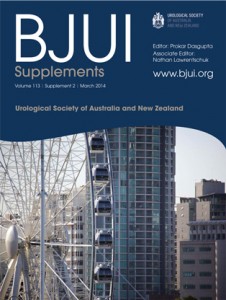 Clearly more research is required as to who should be receiving adjuvant RT and at what stage. In the latest issue of the BJUI USANZ supplement we highlight the Radiotherapy – Adjuvant vs Early Salvage (RAVES) trial for prostate cancer biochemical failure and high-risk disease [2]. There is no doubt this is an important trial because to date we have been unable to establish exactly which patients should receive adjuvant RT and when. Recruitment has been challenging as patients doing well after surgery often do not want additional treatment and a very small subset who are still recovering want to be enrolled but due to timing missing eligibility. Enthusiastic patients also may demand treatment rather than be randomised. Critics would also argue that the trial can never really answer the question because many men not requiring adjuvant RT will receive it [3]. Ongoing support of all parties should achieve accrual and in time, robust data. Excitingly imaging with MRI and other modalities will ensure further trials to assist in identifying disease in the salvage setting making choices easier based on more objective data [4].

Consumerism has driven robotic surgery [5] and is doing the same for RT but descriptions of treatment would be better placed to remain generic. The use of the term ‘radiosurgery’ has highlighted the shift away from the term ‘radical radiotherapy’. Of course the term ‘robot’ has become synonymous with radical prostatectomy but the ‘radical’ contribution remains and interestingly the term ‘robot’ has been trialled by radiotherapists: ‘image-guided robotic radiosurgery’ or its other more commonly used term Cyberknife® (Accuracy Incorporated, Sunnyvale, CA, USA). Certainly this would be more accurately known as stereotactic body RT (SBRT). It is these terminology changes and continual shifts in treatment regimens that rankles many, with the old argument that RT treatment was done with inferior technology so results should be ignored receives disproportionate use at conferences. All groups need to acknowledge treatments have improved rather than disowning data from older treatment regimes. On the counter side one example from brachytherapy [6] concluded that despite the hype of improving dosimetry and reducing complications, the preoperative condition regarding erectile function and LUTS are the most important factors regarding postoperative outcome. This is almost certainly true for surgery as well. Comparison of side-effects appears unfair with grading of radiation toxicities more lenient than Clavien listed complications – an even playing field for comparison of complications is warranted.

Multimodality treatment for high-risk disease is becoming the standard of care. Urologists are beginning to embrace this regime of planned surgery with likely RT and ultimately systemic therapies. However, radiation oncologists often prefer to use radiation and hormonal manipulation and consider this ‘modified monotherapy’. Some men receive different modes of RT with concerns this leads to significantly more complications and in combination with androgen deprivation comes with all of the secondary effects of such therapy. An ideal study for such high-risk patients would randomise men to RT and androgen deprivation vs a graded multimodality treatment starting with surgery and then progressing to RT and systemic therapies when required (as some men will have T2 or T3a disease with clear margins that can be observed for a PSA rise necessitating treatment).

Complications do develop after any therapy and urologists are expertly placed to deal with them. Yet, there is a belief that RT and its long-term effects are real and these are often underplayed. This is contributed by a paucity of follow-up data beyond 5 years with primary RT. Major problems from surgery are generally able to be repatriated. However, the same may not be stated for RT complications: cystitis, stricture disease, permanent catheter drainage and chronic pain syndromes although uncommon, are not rare events and not easily remedied due to the altered tissues. Urologists are able to assist with these conditions but some feel that their efforts are unrecognised and that they share too much of the burden from somewhat surprised patients when situations are not able to be satisfactorily resolved. This reinforces the involvement by enthusiastic urologists with the patient selection and follow-up of brachytherapy and even other RT treatments being the cornerstone for ideal patient management and success.

Other areas worthy of engagement are with patients who develop a recurrence after RT treatment where the available data are sparse, making a decision even more difficult [3]. The perceived reluctance to refer RT failures to urologists in a timely fashion meaning many men are not offered salvage surgery or other options [7]. Occasionally urologists do the same with surgical failures but with multi-disciplinary teams, this is a rare event.

Communication remains a key to a multidisciplinary approach. Against the successes and strains, there are newer developments that will conspire to bring teams closer together, such as newer systemic therapies and the consideration of RT in men with oligometastatic disease. Also, based on Surveillance, Epidemiology and End Results (SEER) data, it appears that patients with limited metastatic disease may benefit from having treatment of the primary disease with a significant decrease in mortality (slightly more pronounced with surgery than radiation) [8]. This will ensure further debate on how far we stretch our primary treatment boundaries for the betterment of patients. Finally, use of fiducial markers and spacers will hopefully minimise morbidity and these are discussed in this supplement [9].

Just like any long-term relationship, the balance will shift at times and there has to be give and take on both sides. Many of the points in this editorial could be switched the other way with urologists at fault, so we must always be careful to be global, and not focal in our approaches. With everyone working together we have improved outcomes and survival of many with many urological malignancies. Overall, there is still harmony but room for even greater communication and collaboration as we strive towards better outcomes in future decades.

Article of the month: Targeting the androgen receptor

Another good week for radical prostatectomy
Scroll to top