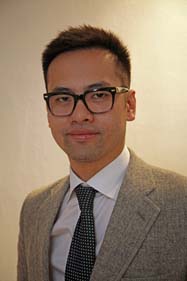 Thanks for all the helpful input regarding my first blog post. Constructive criticism is always helpful, especially if I am to get better at this.

+ The changing landscape of surgical education

Times They Are a-Changin’. Residents are working less but don’t sleep more. 16-hour work day restrictions. More women are admitted into surgical fields. Protected nap (sleep) time during calls. Residents not covering floor consults during the day (those are actually the rules where I work). Most trainees now value quality of life above anything else, possibly even the quality of their training (do read this beautiful piece by a Urologist in JAMA: ‘Considering Life Before Lifestyle‘. Yet, the amount of knowledge a resident needs to consolidate during residency is at least 10-fold greater than what the old geezers had to learn back in the days (the current Campbell-Walsh is 134 chapters, 4320 pages). Whether or not you agree with any of the above (which is irrelevant anyways, because it’s happening whether you like it or not), attending surgeons and urologists are finding it hard to adapt or understand. “Honey, things were much harder back when I was a resident…” How do we evolve as a sub-specialty without compromising surgical education (or lengthening residency)? Status quo is not an option.

+ Radiotherapy for prostate cancer – what’s up with that?

A nice observational study from Sheets et al in the JAMA thematic issue on Comparative Effectiveness Research showed that “use of IMRT compared with conformal radiation therapy was associated with less gastrointestinal morbidity and fewer hip fractures but more erectile dysfunction“. Yet, Jacobs et al, using the same dataset and almost the same study years, showed that the risks of salvage therapy and complications are comparable between the two modalities, for most patients. And let’s not get started about proton-beam therapy. Whilst this costly approach is gaining precedence in the treatment of localized prostate cancer, severe doubts exist regarding its efficacy. The bombshell: another observational study from Yale, based on Medicare data: “Although proton radiotherapy is substantially more costly than IMRT, there was no difference in toxicity in a comprehensive cohort of Medicare beneficiaries with prostate cancer at 12 months post-treatment“. Ouch.  To be perfectly honest (sometimes I’m told I should shut up), it would be hypocrisy for robotic surgery fanboys to condemn proton beam therapy right now. As we all know, it took years before convincing observational data showed that robotic radical prostatectomy is better than open, at some levels. Maybe someone responsible will actually perform a prospective comparative effectiveness assessment between these modalities. As an avid blogger suggests, maybe the proton beams and the robots should fight for world domination.

+ Urology at the forefront of the social media revolution

As a group, we should be proud of how we embraced social media in 2012. In the field of medicine, where anything novel is usually met with smirk and mockery (see: surgery, robot-assisted), social media has been surprisingly well received, thanks to a tight-knit community of twitter champions (if you’re new to twitter, you should definitely follow urologymatch.com’s list of key opinion leaders (KOLs) in Urology. Moreover, the first International Urology Journal Club was held in November 2012 and has been a global success ever since. I’m sure that 2012 was only the start. It will be exciting to see the role of social media in upcoming international meetings such as the EAU, AUA and BAUS. Virtual high-five everyone!

OK, so this one has nothing to do with Urology, or Medicine for that matter. Here’s a toast to the events that shook 2012, and let’s hope that 2013 will be a great year!

Quoc-Dien Trinh is a minimally-invasive urologist and co-director of the Cancer Prognostics and Health Outcomes Unit. His research focuses on patterns of care, costs and outcomes in prostate cancer treatment.