Blog - Latest News
You are here: Home1 / BJUI Blog2 / What prophylactic steps should we take to prevent DVT/PE after RARP? 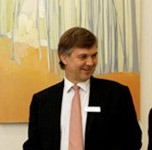 Deep vein thromboses (DVT) and pulmonary embolism (PE) are rare, but potentially devastating, complications of major pelvic surgery. We have performed more than 1000 robot assisted radical prostatectomy (RARP) procedures in Central London (Lessons learned from 1000 RARP operations BJUI 2013;111(1):9-10.) and to date encountered just a couple of DVTs, as well as a single, non-fatal instance of PE. However, in the case of one of us (RK), a close relative passed away as a result of a PE 10 days after a routine hip replacement performed in Oxford, a very sad event which highlighted the very negative impact on the family of this preventable surgical complication.

Guidance from NICE recommends that evidence-based steps be taken to reduce the risk of venous thromboembolism (VTE). Failure to do so therefore renders us open to criticism if a DVT, or worse a PE, does develop. On the other hand, pelvic haematoma and haematuria are troublesome complications of RARP, the risks of which may be exacerbated by anticoagulation.

What therefore should we be doing to reduce the risk of before and after laparoscopic pelvic surgery? Few would disagree that TED stockings should be worn before and after surgery, but how long should they be retained, as many patients do find them rather uncomfortable? Calf compression boots during surgery and for 12 hours or so post-operatively should also be standard practice.

More contentious is the duration of use of low molecular weight heparin (LMWH). Some surgeons use a single dose immediately prior to the operation; we have used 5000 Units of Clexane post-operatively for 2-3 days. Orthopaedic surgeons are increasingly continuing LMWH for 28 days at home after joint replacement surgery, which carries a significant risk of VTE. Should we follow their lead? A simpler alternative from the patients’ viewpoint is daily use of one of the new oral anti-coagulants such as dabigatran.

Perhaps the most sensible approach clinically is to perform a risk assessment of all RALP candidates pre-operatively. A calf compression device and TED stockings should be used for all patients, together with LMWH, while in hospital. Those considered especially at risk with, for example, a BMI >30 (Becattini CA) (See Box 1), should usually go home for a month with either LMWH injections or daily oral dabigatran, or equivalent oral anticoagulant agent.

We would be most interested in the views, experiences and current practice of the readers of this piece. Please do post your own response.