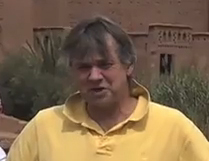 The idea of a joint fund-raising trek in support of Prostate Cancer UK (formerly Prostate Action) and Well-Being of Women (WoW) dates back to 2005, when almost 100 trekkers joined us to walk across the desert to Petra in Jordan to raise more than £600,000 for these two noble causes. Neither Marcus Setchell nor I thought then that subsequently we would go on to trek in Kenya, Sinai, Kerala, and most recently Morocco, to raise an eventual cumulative sum of £1.3 million.

The fifth and final Hike for Hope started inauspiciously with dark clouds and pouring rain, even though we were in Morocco in September, just a couple of hundred miles North of the Sahara desert. They told us it hadn’t rained for the whole year before we got there! Undaunted, but with little in the way of rain-gear, rather, an excess of redundant sunscreen products, we set off across the Ante-Atlas mountains in the direction of Marrakesh.

This time, there were 27 intrepid trekkers, including the redoubtable Andrew Etherington, Felicity Hoare and Rex Willoughby, veterans who had each accompanied us on all the previous four Hikes for Hope, as well as Rosemary Macaire. Unfortunately on day one the rain became steadily heavier, with the result that the beds of the mountain streams, usually dry, became minor torrents, which were more and more difficult to cross. We made the decision to abandon the last hour’s walking to the camp and instead managed to persuade some of the local people to let us shelter in two of their mountain huts for that night.

Days two and three were tough trekking, but in fine dry weather. We got to the very highest point of the mountain before holding a minute’s silence for those relatives and friends who had succumbed to prostate or pelvic cancer, the cures for which we were raising money. Perhaps as the result of our efforts, we are a little closer to that goal.

On day four the rain returned, this time with even greater intensity, and accompanied by a bitterly cold wind. With little in the way of protective clothing, hypothermia became an issue. Again the amazing hospitality of the local Berber goat herders came to our rescue. Cold, wet and shivering, packed in again like sardines, we managed to get some sleep, occasionally interrupted by a goat or two, who seemed justifiably irritated to be displaced from their usual place of nocturnal shelter!  To the credit of the guides, the trek doctor and the trekkers themselves, morale and good humour were maintained.

On the final day the weather improved sufficiently for us to trek down the mountain to join the first road we had encountered for five days. A drive through the Atlas Mountains took us to the wonderful city of Marrakesh, where a well-deserved celebratory dinner and award ceremony took place. The trials and tribulations of our mountain trek had brought us all much closer together, so it was with a tinge of sadness that the Hikers for Hope disbanded and headed for home. The final sum of money raised and the camaraderie and bonding that occurred during the trek made the whole experience so very worthwhile. 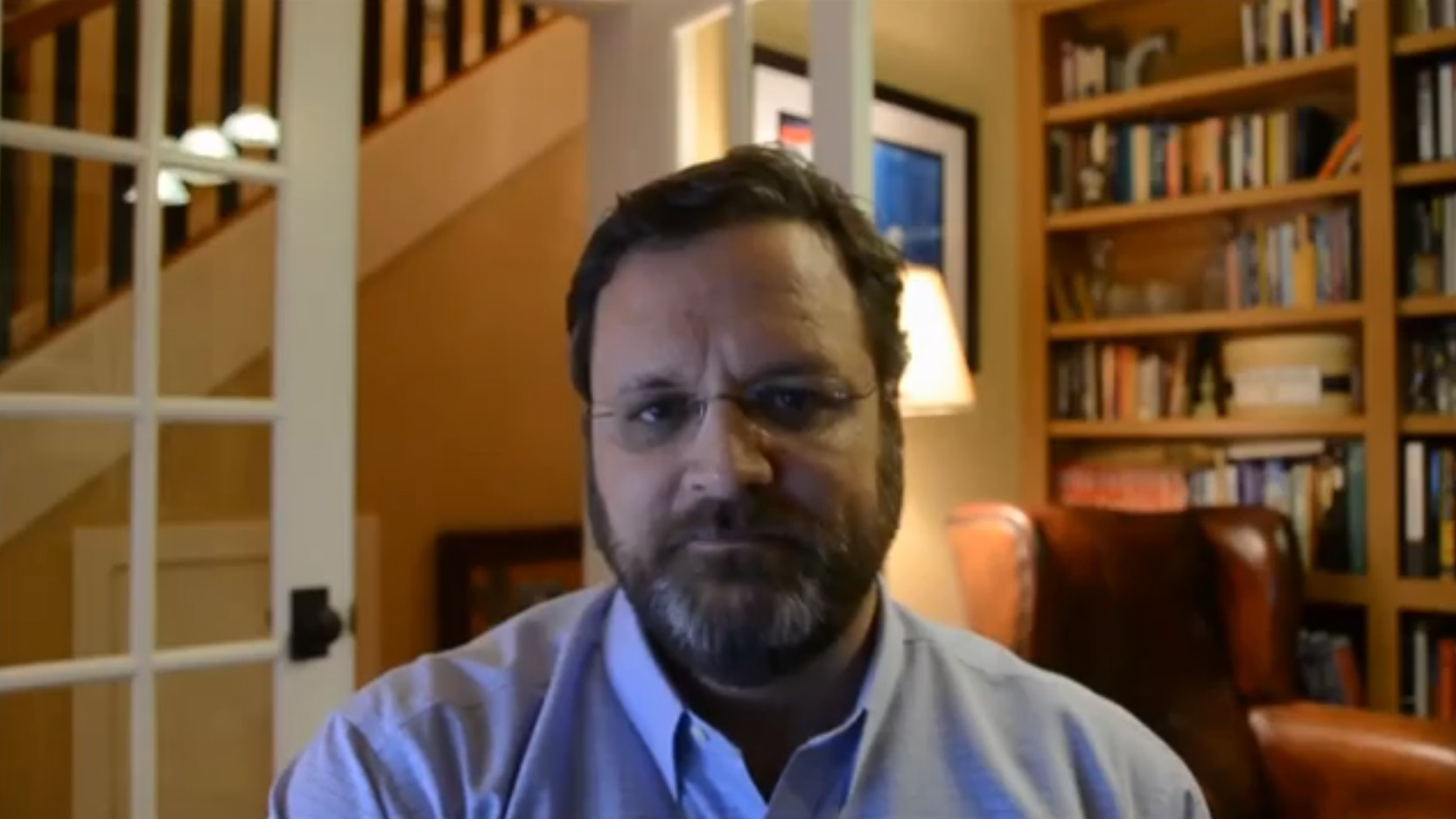 • To determine the incidence of severe pain after ureteric stent removal.

• To evaluate the efficacy of a single dose of a non-steroidal anti-inflammatory drug (NSAID) in preventing this complication.

• A prospective, randomised, double-blind, placebo-controlled trial was performed at our institution.

• Adults with an indwelling ureteric stent after ureteroscopy were randomised to receive either a single dose of placebo or an NSAID (rofecoxib 50 mg) before ureteric stent removal.

• In all, 22 patients were enrolled and randomised into the study before ending the study after interim analysis showed significant decrease in pain level in the NSAID group.

• The most common indication for ureteroscopy was urolithiasis (14 patients).

• There were no complications related to the use of rofecoxib.

• We found a 55% incidence of severe pain after ureteric stent removal. 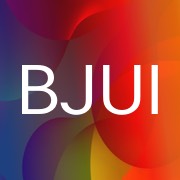 Natural orifice transluminal endoscopic surgery (NOTES): where are we going? A bibliometric assessment

The aim of this study was to analyse natural oriﬁce transluminal endoscopic surgery (NOTES)-related publications over the last 5 years. A systematic literature search was done to retrieve publications related to NOTES from 2006 to 2011. The following variables were recorded: year of publication; article type; study design; setting; Journal Citation Reports® journal category; authors area of surgical speciality; geographic area of origin; surgical procedure; NOTES technique; NOTES access route; number of clinical cases. A time-trend analysis was performed by comparing early (2006–2008) and late (2009–2011) study periods. Overall, 644 publications were included in the analysis and most papers were found in general surgery journals (50.9%). Studies were most frequently clinical series (43.9%) and animal experimental (48%), with the articles focusing primarily on cholecystectomy, access creation and closure, and peritoneoscopy. Pure NOTES techniques were performed in most of the published reports (85%) with the remaining cases being hybrid NOTES (7.4%) and NOTES-assisted procedures (6.1%). The access routes included transgastric (52.5%), transcolonic (12.3%), transvesical (12.5%), transvaginal (10.5%), and combined (12.3%). From the early to the late period, there was a signiﬁcant increase in the number of randomised controlled trials (5.6% vs 7.2%) or non-randomised but comparative studies (5.6% vs 22.9%) (P < 0.001) and there was also a signiﬁcant increase in the number of colorectal procedures and nephrectomies (P = 0.002). Pure NOTES remained the most studied approach over the years but with increased investigation in the ﬁeld of NOTES-assisted techniques (P = 0.001). There was also a signiﬁcant increase in the adoption of transvesical access (7% vs 15.6%) (P = 0.007). NOTES is in a developmental stage and much work is still needed to reﬁne techniques, verify safety and document eﬃcacy. Since the ﬁrst description of the concept of NOTES, >2000 clinical cases, irrespective of specialty, have been reported. NOTES remains a ﬁeld of intense clinical and experimental research in various surgical specialities.

An updated prostate cancer staging nomogram (Partin tables) based on cases from 2006 to 2011.

The study population consisted of 5,629 consecutive men who underwent RP and staging lymphadenectomy at the Johns Hopkins Hospital between January 1, 2006 and July 30, 2011 and met inclusion criteria. 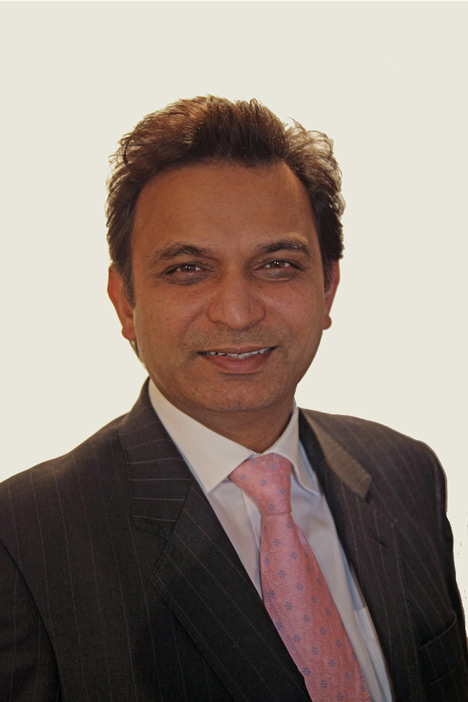 Introducing the new BJUI: ”The most read surgical journal on the web”, Prokar Dasgupta, BJUI Editor-in-Chief.

• Balloon of a Foley catheter inflated in the bulbar urethra.
• Fourth arm cranial traction via suture in the tip of the catheter.
• DVC oversewn under direct vision.

• Oversew of DVC with minimal patient-side surgical assistance.
• About a 50% reduction in apical positive margin rate.

• A useful, ergonomic method of oversewing the DVC
during RALP.

Last year Prostate Action’s trustee Professor Roger Kirby led a team of seven doctors and two patients along a challenging route through the Himalayas, in memory of Richard Macaire, who was an avid supporter of Prostate Action and who sadly lost his battle with prostate cancer in 2010.

On 9 February Prostate Action was presented with a cheque for the amazing sum of £442,546, raised by everyone who took part. The presentation was held at the offices of Working Title Films in Marylebone, and was followed by the screening of a short film of the trek, made by Michael Ellard.

The short film of their daunting adventure can be seen here. We are incredibly grateful to everyone who was involved in raising such an awesome amount of money, which will enable us to fund exciting new research and education to beat prostate disease.

In this edition of ‘Face to Face’, I talk with Michael Blute, MD, who is the Director of the Cancer Center of Excellence at the University of Massachusetts (UMass) Memorial Health Care and the UMass Medical School in Worcester. There, he establishes clinical services across the system and advances clinical and translational research strategies. As an expert in the field of urological cancers, Dr. Blute came to UMass from the Mayo Clinic in Rochester, Minnesota, where he was Chair Emeritus of their Department of Urology from 1999 to 2006. At the Mayo Clinic, he also held the Dr. Anson L. Clark Professorship in Urology and served on the Mayo Rochester Executive Board.A native of Worcester, Dr. Blute received his undergraduate degree at the Jesuit-run College of the Holy Cross. He received his medical training at the Royal College of Surgeons in Dublin, Ireland and at the Creighton University School of Medicine in Omaha, Nebraska. He joined the Mayo Clinic in 1982 as a surgical resident and remained there until his appointment at UMass in late 2009. His specialties include radical prostate surgery, urinary tract reconstruction after bladder cancer surgery and novel surgical techniques for kidney tumours. In addition, he is a strong researcher with interests in clinical trial development and translational research. I recently spoke with him at the BJU International offices during a recent visit to Dublin.

‘Face to Face’ is a monthly interview series with personalities in the urology field. As a successor to BJUI’s‘Conversations’ feature, ‘Face to Face’ is fashioned after the highly acclaimed BBC television series of the same name where former British politician John Freeman interviewed famous men and women with an insightful and probing style.

In this edition of ‘Face to Face’, I talk with Christopher Woodhouse, MD, FRCS, FEBU, Professor and Chief of Adolescent Urology at the University College London (UCL) Hospital. There, he manages the adolescent urology unit, which specializes in the long-term management of adolescents and adults born with urological abnormalities. In addition, he also serves as a Consultant at the Royal Marsden Hospital in London, where he specializes in urological oncology, particularly bladder cancer and reconstruction. Acclaimed as a world-renown expert in these two subspecialty areas, he has served as visiting professor at numerous universities in such countries as Australia, Canada, Germany, Singapore and the USA. In addition to being a urologist, he is a British peer, the 6th Baron Terrington. I recently spoke with him at UCL Hospital in London.

Monthly Face to Face in the BJUI Journal

In this edition of ‘Face to Face’, I talk with Laurence Klotz, MD, FRCSC, Professor, Department of Surgery, at the University of Toronto, Canada. He is also the Chief of Urology at Sunnybrook Health Sciences Centre and Women’s College Hospital, also in Toronto. Dr Klotz obtained his medical degree and completed his residency at the University of Toronto and its Gallie Programme in Surgery. Subsequently, he completed a special fellowship in uro-oncology and tumour biology at Memorial Sloan-Kettering Cancer Center in New York City, USA. A prolific author and editor, Dr Klotz is the founding Editor-in-Chief of the Canadian Journal of Urology and now serves as Editor of the Canadian Urologic Association Journal. In addition to being a busy lecturer worldwide on prostate cancer and active surveillance, he has also been a tireless fundraiser and researcher for prostate cancer, having founded the Prostate Cancer Research Foundation and chairing the Canadian Urology Research Consortium. I caught up with him during the recent AUA meeting in Washington, DC.