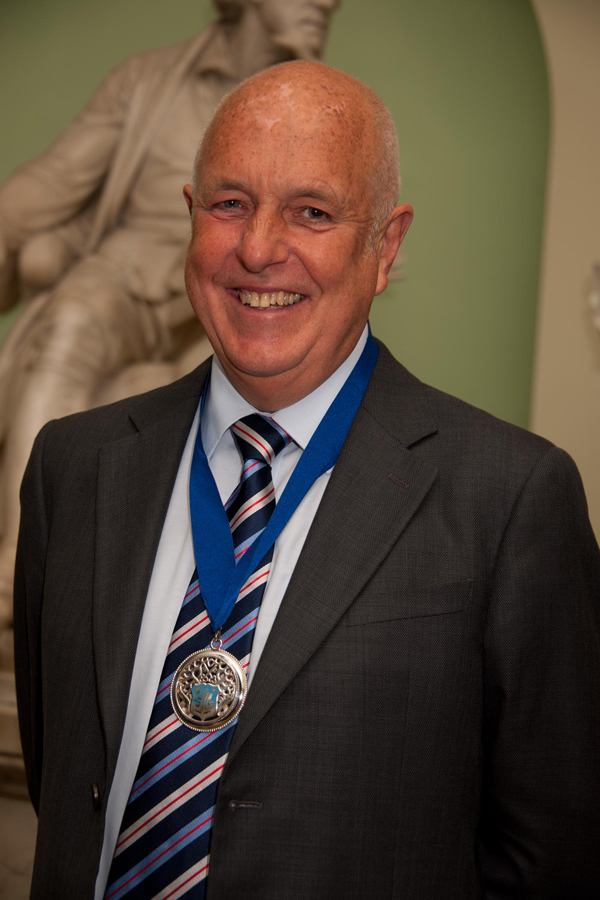 John Anderson was appointed Consultant Urological Surgeon with a special interest in Oncology to Sheffield in 1991, particularly the detection and treatment of early Prostate cancer and the management of invasive bladder malignancy, having spent a travelling fellowship with Don Skinner in Los Angeles. Immediately his leadership skills became apparent with the instigation and development of a departmental clinical subspecialty approach allowing him to develop all aspects of urological oncology and its research. The man described by the Daily Mail as “one of the big beasts of open prostate surgery” has been a national and international presence in guiding standards in urological cancer care for our patients for the last 15 years. His contribution to the field of Prostate Cancer has been influential and enormous, helping to instigate major MRC trials into the treatment of advanced prostate cancer. For the past 10 years, John has been the Urology Advisor to PCAG (Prostate Cancer Advisory Group), a member of the NCRI Clinical Advisory Boards for Bladder and Prostate Cancer and in 2005 became a Trustee and Clinical Advisor to the Prostate Cancer Charity and subsequently Trustee to Prostate Cancer UK. In 1998 he helped form the BAUS Section of Oncology, and was selected as Secretary in 1999 – 2001 and then Chairman in 2002 – 2004.

John has been passionately involved with BAUS in all its facets for many years now, and his contribution to our association, over the last 10 years, has been immense. Significant of John’s skills were his abilities as a communicator, be it as speaker or on an individual basis, and that unique quality of making you feel that you were the centre of his attention. John took over the “Best of BAUS” from Tony Mundy, and I really feel that this title succinctly reflects the stature of the man and the regard with which he is held by this Association, being elected Honorary Secretary Elect and Honorary Secretary in 2007 – 2009 and it was a very proud moment for him when he was elected President in 2010, again recognizing those assets of ability and leadership. At the March Council Dinner last year, the Trustees and Council acknowledged this achievement with the award of a special medal.

John was always keen to promote all aspects of British Urology whether it was through the BJUI journal where he served on the Executive Committee or through Teaching and Training. John’s leadership skills and inciteful comments were much appreciated at the BJUI where he helped to direct the journal into the international arena. He always believed that teaching and training the next generation was an integral part of a consultant’s work and having helped to set up the original FRCS(Urol) revision course in Sheffield, his greatest delight was delivering the 2hr Prostate Cancer lecture to “an audience quite so focused on the topic in hand and keen to challenge the lecturer”. I know that he felt that he was able to offer a meaningful contribution to their understanding of the subject and John has always been held in great regard by successive years of trainees.

John was very keen to let everyone know that this last year had been the best year of his life in many ways and he certainly lived it to the full. He died very much as he wanted at home with his family around him and at peace. John was a superb colleague, an inspiration and a great friend and mentor to so many of us, his presence will be sorely missed.  A book of commemoration will be available at the BAUS Annual Meeting for those of you who wish to send John’s family a message and Sarah has requested that any donations should be made to John’s charity Prostate Cancer UK.