Blog - Latest News
You are here: Home1 / Article of the Week2 / Residents’ Podcast: Long term follow up of erectile dysfunction after... 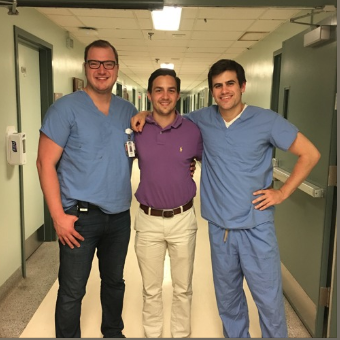 Ten patients (mean [± sd; range] age 60.3 [± 4.8; 54–68] years), who had undergone radical prostatectomy (RP) at least 2 years previously, underwent penile reinnervation in the present study. Four patients had undergone radiotherapy after RP. All patients reported satisfactory sexual activity prior to RP. The surgery involved bridging of the femoral nerve to the dorsal nerve of the penis and the inner part of the corpus cavernosum with sural nerve grafts and end-to-side neurorraphies. Patients were evaluated using the International Index of Erectile Function (IIEF) questionnaire and pharmaco-penile Doppler ultrasonography (PPDU) preoperatively and at 6, 12 and 18 months postoperatively, and using a Clinical Evolution of Erectile Function (CEEF) questionnaire, administered after 36 months.

The IIEF scores showed improvements with regard to erectile dysfunction (ED), satisfaction with intercourse and general satisfaction. Evaluation of PPDU velocities did not reveal any difference between the right and left sides or among the different time points. The introduction of nerve grafts neither caused fibrosis of the corpus cavernosum, nor reduced penile vascular flow. CEEF results showed that sexual intercourse began after a mean of 13.7 months with frequency of sexual intercourse varying from once daily to once monthly. Acute complications were minimal. The study was limited by the small number of cases.

A total of 60% of patients were able to achieve full penetration, on average, 13 months after reinnervation surgery. Patients previously submitted to radiotherapy had slower return of erectile function. We conclude that penile reinnervation surgery is a viable technique, with effective results, and could offer a new treatment method for ED after RP.

Editorial: Pre-stenting and the risk of postoperative sepsis: a shorter dwell...
Scroll to top