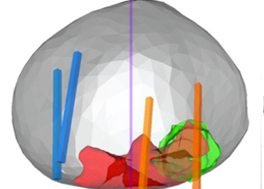 In addition to this post, there is an editorial written by a prominent member of the urological community and a visual abstract created by one of our artistic urologists. Please use the comment buttons below to join the conversation.

We identified patients who received magnetic resonance imaging (MRI)/ultrasound‐guided biopsy and radical prostatectomy at a single institution between 2011 and 2018. In addition to standard clinical features, we extracted quantitative features related to biopsy core and MRI target locations predictive of tumour unilaterality. Classification and Regression Tree (CART) analysis was used to create a decision tree (DT) for identifying cancer laterality. We evaluated concordance of model‐determined laterality with final surgical pathology.

A total of 173 patients were identified with biopsy coordinates and surgical pathology available. Based on CART analysis, in addition to biopsy‐ and MRI‐confirmed disease unilaterality, patients should be further screened for cancer detected within 7 mm of midline in a 40 mL prostate, which equates to the central third of any‐sized prostate by radius. The area under the curve for this DT was 0.82. Standard diagnostics and the DT correctly identified disease laterality in 73% and 80% of patients, respectively (P = 0.13). Of the patients identified as unilateral by standard diagnostics, 47% had undetected contralateral disease or were otherwise incorrectly identified. This error rate was reduced to 17% (P = 0.01) with the DT.

Using spatial tracking from fusion devices, a DT was more reliable for identifying laterality of prostate cancer compared to standard diagnostics. Patients with cancer detected within the central third of the prostate by radius are poor hemi‐gland ablation candidates due to the risk of midline extension of tumour. 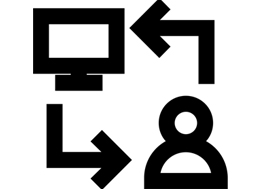 The victory of ‘AlphaGo’ over humans in Go, one of the most complex games with more than 10170 board configurations, has yielded tremendous attention worldwide [1]. The later version, ‘AlphaGo Zero’, has brought artificial intelligence (AI) to the next level by demonstrating an absolute superiority, winning 100‐0 against the champion‐defeating AlphaGo [2]. It is exciting, and perhaps shocking, to realize what AI can achieve.

In this issue of BJUI, the study by Zhou et al. [3] is the first to utilize AI to optimize case selection for hemi‐gland ablation. In this study, classification and regression tree (CART) analysis, which is a form of supervised machine‐learning algorithm, was used to identify laterality of prostate cancer. In the conventional approach, case selection was based on biopsy results and MRI findings. For the CART model, in addition to the common clinical variables (i.e. age, PSA, prostate volume, biopsy and MRI results), biopsy coordinate‐derived spatial features were also used as model inputs. The model output was the probability of unilateral clinically significant prostate cancer considered suitable for hemi‐gland ablation. Whole‐mount prostatectomy specimens were used as the standard of reference. The CART model correctly identified laterality in 80% of the cases, compared to 73% with the conventional approach. The positive predictive value of the CART model was 83%, compared to 53% with the conventional approach. The superiority of the CART model has been demonstrated, and the area under curve was 0.82.

Fehr et al. [7] developed an automated system to classify Gleason scores based on MRI images. The automated system could distinguish between Gleason scores of 6 and 7 or above cancers with an accuracy of up to 93%. The differentiation between Gleason score 3+4 and 4+3 disease also yielded an accuracy of up to 93%. Importantly, the performance of AI and machine‐learning models is highly dependent on the quality and accuracy of the data being input. In terms of prostate cancer detection, either mapping biopsy or whole‐mount prostatectomy specimens should be considered to represent the ‘ground truth’.

There are a number of challenges in implementing AI in clinical practice. First, decision‐making in healthcare requires logical deduction and explanation. The data processing in AI, however, is often described as a ‘black box’. Taking AlphaGo as an example, some ‘moves’ were considered incomprehensible even by world‐class players. Second, although results from AI are promising, there is in general a lack of regulations and standards to assess its safety, efficacy and validity. Liability issues can be problematic in case of medical mishaps. Third, doctors are human. Conflict of interest does exist, and how we can utilize AI in a complementary rather than a competitive manner is a challenging obstacle to overcome.

Nevertheless, AI has huge potential in improving healthcare. Collaborative effort is needed globally to develop and optimize AI systems, and to increase its acceptability and practicality upon implementation. Future studies answering clinically important questions using appropriate standards of reference will be of paramount importance in paving the way for the AI era in urology.