It’s hard to believe that we have been doing the BJUI Social Media Awards for five years now! I recall vividly our inaugural BJUI Social Media Awards in 2013, as the burgeoning social media community in urology gathered in the back of an Irish Bar in San Diego to celebrate all things social. At that time, many of us had only got to know each other through Twitter, and it was certainly fun going around the room putting faces with twitter handles for the first time. That spirit continues today as the “uro-twitterati” continues to grow, and the BJUI Awards, (or the “Cult” Awards as our Editor-in-Chief likes to call them), remains a fun annual focus for the social-active urology community to meet up in person.

As you may know, we alternate the Awards between the annual congresses of the American Urological Association (AUA) and of the European Association of Urology (EAU). Last year, we descended on Munich, Germany to join the 13,000 or so other delegates attending the EAU Annual Meeting and to enjoy all the wonderful Bavarian hospitality on offer. This year, we set sail for the #AUA17 Annual Congress in Boston, MA, along with over 16,000 delegates from 100 different countries. What a great few days in beautiful Boston and a most welcome return for the AUA to this historic city. Hopefully it will have a regular spot on the calendar, especially with the welcome dumping of Anaheim and Orlando as venues for the Annual Meeting.

On therefore to the Awards. These took place on Saturday 13th May 2017 in the City Bar of the Westin Waterfront Boston. Over 80 of the most prominent uro-twitterati from all over the world turned up to enjoy the hospitality of the BJUI and to hear who would be recognised in the 2017 BJUI Social Media Awards. We actually had to shut the doors when we reached capacity so apologies to those who couldn’t get in! Individuals and organisations were recognised across 12 categories including the top gong, The BJUI Social Media Award 2017, awarded to an individual, organization, innovation or initiative who has made an outstanding contribution to social media in urology in the preceding year. The 2013 Award was won by the outstanding Urology Match portal, followed in 2014 by Dr Stacy Loeb for her outstanding individual contributions, and in 2015 by the #UroJC twitter-based journal club. Last year’s award went to the #ilooklikeaurologist social media campaign which we continue to promote.

This year our Awards Committee consisted of members of the BJUI Editorial Board – Declan Murphy, Prokar Dasgupta, Matt Bultitude, Stacy Loeb, John Davis, as well as BJUI Managing Editor Scott Millar whose team in London (Max and Clare) drive the content across our social platforms. The Committee reviewed a huge range of materials and activity before reaching their final conclusions. 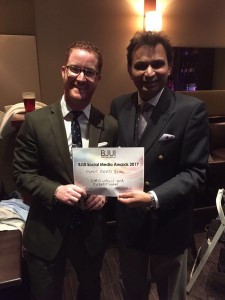 Most Social Paper – “Novel use of Twitter to disseminate and evaluate adherence to clinical guidelines by the European Association of Urology”. Accepted by Stacy Loeb on behalf of herself and her colleagues. 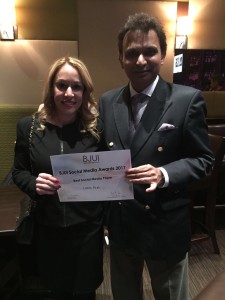 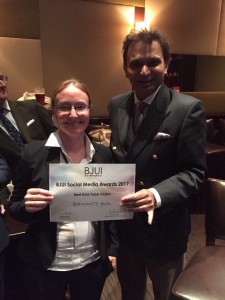 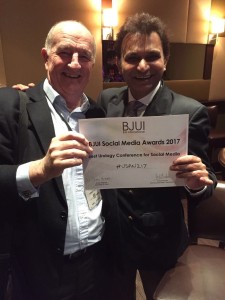 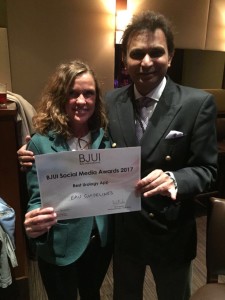 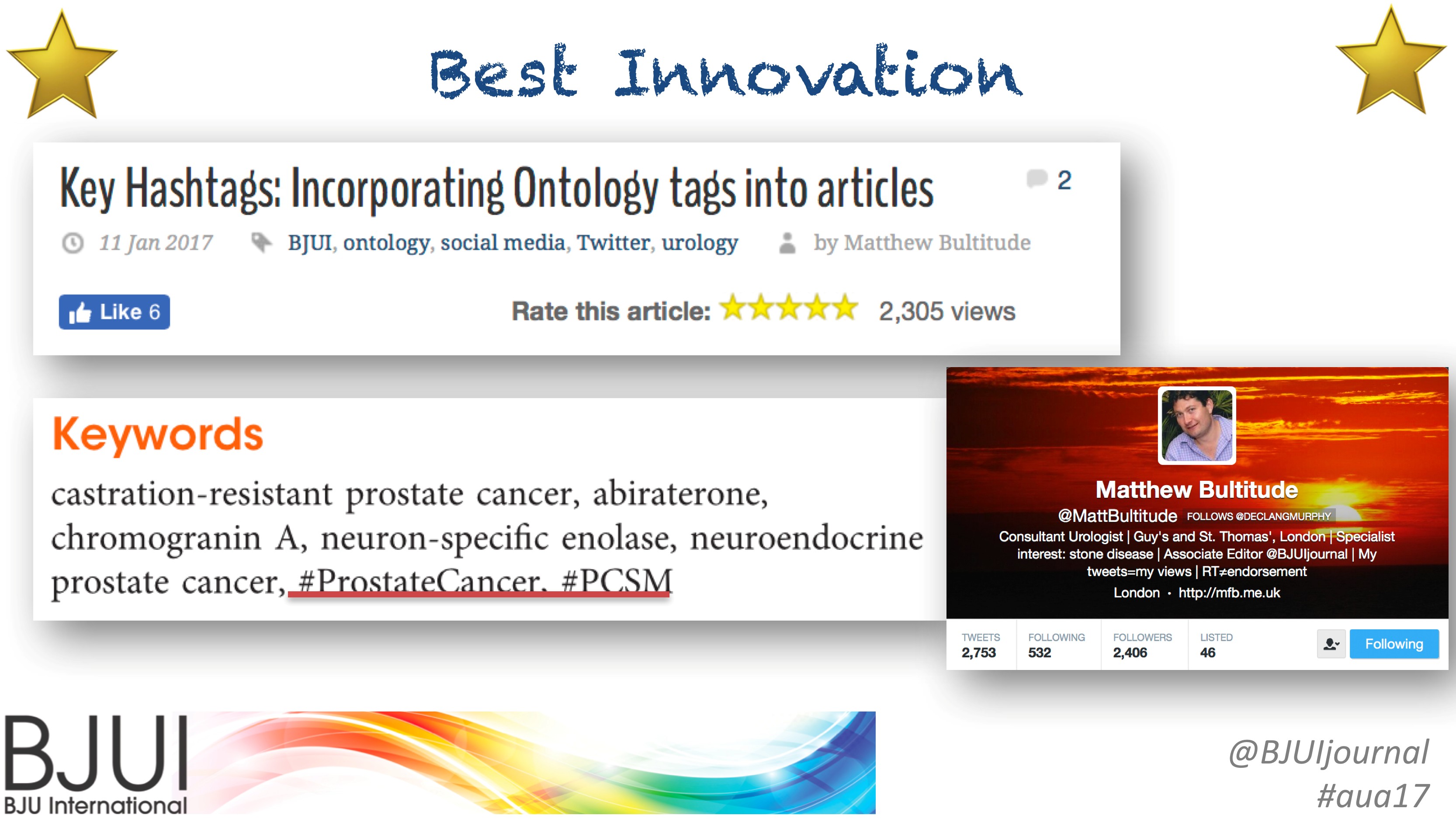 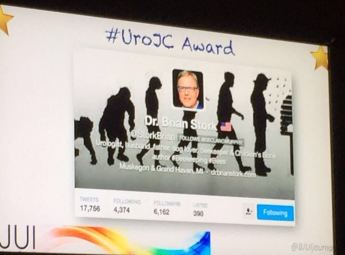 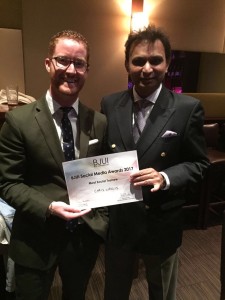 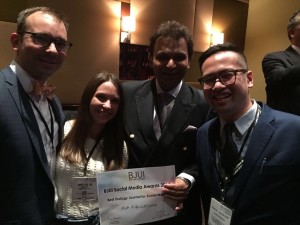 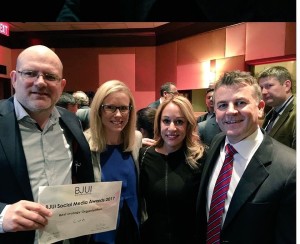 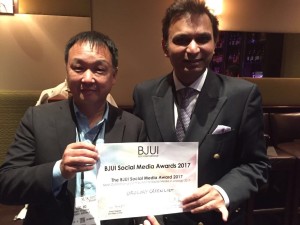 All the Award winners (except Dr Brian Stork who had to get home to work), were present to collect their awards themselves. A wonderful spread of socially-active urology folk from all over the world, pictured here with BJUI Editor-in-Chief, Prokar Dasgupta. 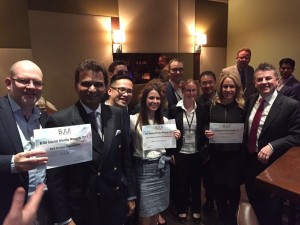 A special thanks to our outstanding BJUI team at BJUI in London, Scott Millar, Max Cobb and Clare Dunne, who manage our social media and website activity as well as the day-to-day running of our busy journal.

See you all in Copenhagen for #EUA18 where we will present the 6th BJUI Social Media Awards ceremony! 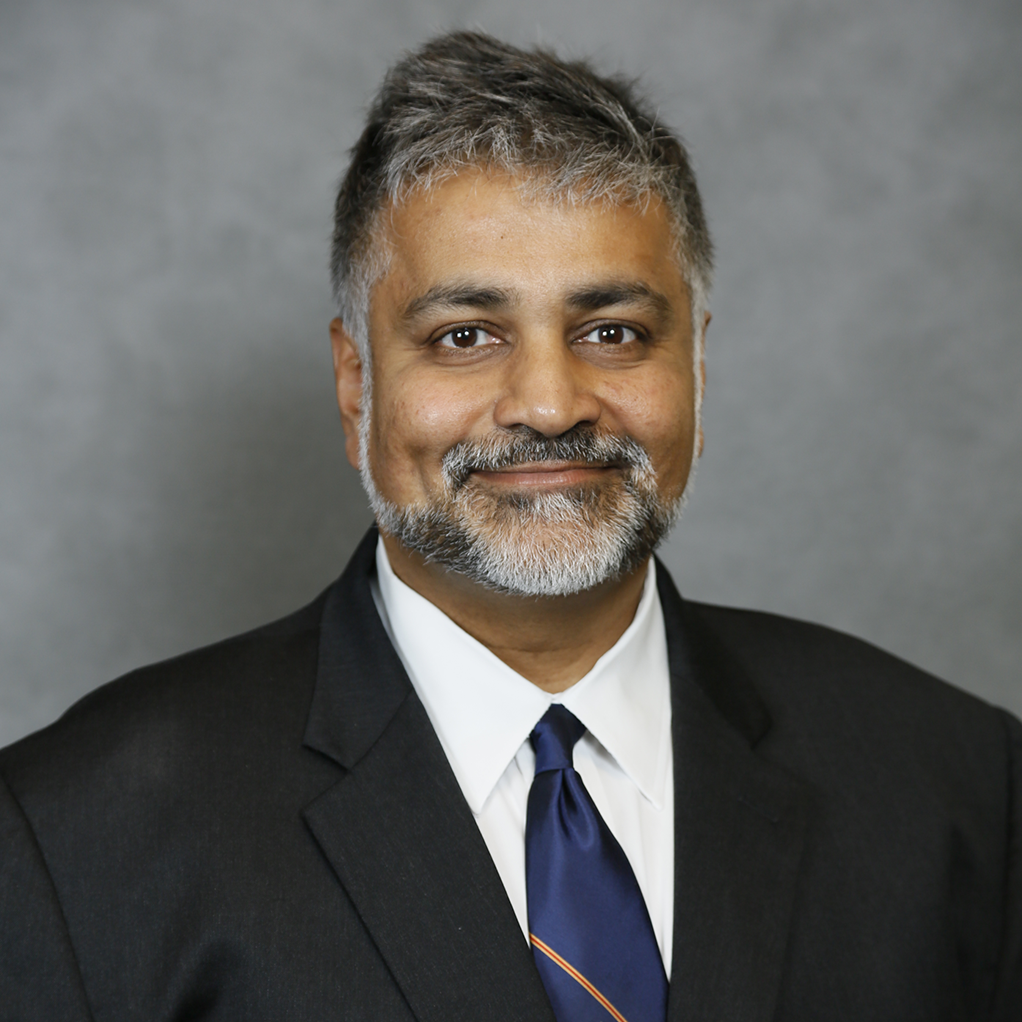 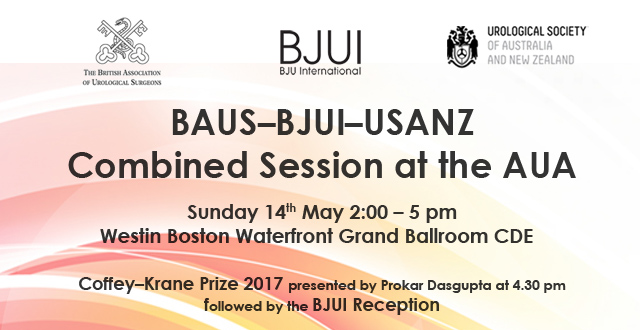