You are here: Home1 / Botulinum-A Toxin 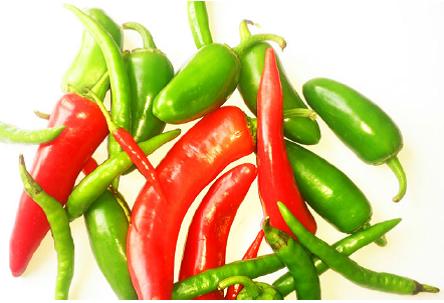 Over 20 years ago, I went to work at Queen Square, the Mecca of Neurology, as Medical Research Council fellow to Prof. Clare Fowler, an international expert in the neurogenic bladder. She has now retired leaving a lasting legacy, which features in this edition of the BJUI.

I clearly remember my first meeting with Vijay Ramani (now Consultant Urologist in Manchester) and Dirk De Ridder (Associate Editor, BJUI), which led to a collaborative paper on the effects of capsaicin in refractory neurogenic detrusor overactivity (NDO) [1]. While we were busy studying suburothelial nerves in NDO, with many hours of computerised image analysis, a seminal paper describing the ‘capsaicin receptor’ appeared in Nature [2]. This was my first encounter with transient receptor potential (TRP) channels. They continue to excite urologists and neurologists alike as potential therapeutic targets in overactive and painful bladders [3].

Just like semisynthetic capsaicin, derived from chillies, which acted through TRP receptors, TRPV1 antagonists are effective but have numerous side-effects including hyperthermia. No surprises here But there are other subtypes, such as TRPV4 and TRPM8, which are generating a lot of interest in the field of drug discovery.

Life, of course, moved on. Capsaicin never received a license for NDO and was followed by resiniferatoxin (RTX), which also made a rapid exit as it adhered to the plastic bags that it was dispensed in as a solution. Botulinum toxin-A turned out to be the game changer [4]. After extensive trials and safety studies, it has changed the lives of many millions with incontinence secondary to DO, who have failed most other first-line treatments. It has a licence for clinical use and the science behind its mechanism of action has led to many fascinating discoveries.

So, are TRP inhibitors the next big thing in functional urology? After 20 years of fundamental research, they certainly have the potential. As with most eureka moments in translational research, only time will tell.

This report is the first in the literature to describe successful treatment of detrusor overactivity in any glycogen storage disorder.

Abstract
This report is the first in the literature to describe successful treatment of detrusor overactivity in any glycogen storage disorder, and involves a case of established adult Pompe’s Disease who presented to our institution with a four-year history of progressive urinary storage symptoms suggestive of an overactive bladder. Although the degradation of intracellular glycogen accumulation is not addressed with intravesical Botulinum toxin-A injection, it may nonetheless provide an inexpensive, readily available, acceptable treatment in those with adult-onset Pompe’s disease with moderate to severe lower urinary tract symptoms who are refractory, or intolerant to antimuscarinic therapy, or in those, for whom enzyme replacement therapy is unavailable.
Introduction
Pompe’s disease [acid maltase deficiency (OMIM # 232300)] is a rare glycogen storage disorder affecting approximately 1/40,000 live births. It occurs as a result of a deficiency of alpha acid-glucosidase (GAA), which normally functions by degrading lysosomal glycogen stores, and was first reported in 1932 in a girl of 7 months, who had succumbed to extreme hypertrophy of the heart [1]. A deficiency of this enzyme leads to progressive, excessive accumulation of intracellular glycogen stores, especially in cardiac, smooth and skeletal muscle and the kidneys, and leads to death from cardiac or respiratory failure. Two forms of the disease exist: infantile and juvenile/adult. Children typically present with severe hypotonia and cardiomegaly, and classically expire from cardiorespiratory failure within their first year. The manifestations of the adult form are dependent on residual, enzymatic function, and patients experience progressive muscle and respiratory weakness. However, the natural history of the adult form and associated morbidity is not well documented or understood, and may be difficult to diagnose even by neurologists [2]. We present for the first time, a case of established adult Pompe’s Disease who presented to our institution with a four-year history of progressive urinary storage symptoms suggestive of an overactive bladder, who was successfully treated with intravesical Botulinum toxin-A.
Case Presentation
A 52-year-old female, Para-3, Caucasian patient with adult Pompe’s Disease presented with a progressive 3-year history of frequency, urgency and suprapubic discomfort with associated significant urge-associated urinary incontinence and the use of 5-6 large TENA® incontinence pads per 24-hour period. She was predominantly wheelchair bound and was not receiving enzyme-replacement therapy, and denied any stress-associated urinary leakage. She also did not suffer from urinary tract infections or haematuria. Her routine serum haematological and biochemical parameters were normal, as was clinical examination. A routine urinalysis was also normal. She was commenced on a number of different oral (oxybutynin, tolterodine, fesoterodine, solifenacin, trospium chloride) and transdermal (oxybutynin) anti-muscarinic treatments to attempt to control her symptoms, however, these failed to ameliorate her symptoms and resulted in significant xerostomia, constipation and lethargy. The patient was counseled regarding the option of intravesical Botulium toxin-A injection and underwent pre- and six-week postoperative urodynamic testing (Table 1). She was also instructed in how to perform clean intermittent self-catheterization (CISC).
Table 1. Summary of Urodynamic characteristics pre-operative and 6-weeks post-operative Botulium Toxin-A intravesical injection
(Q max = Maximal flow; P det = Detrusor muscle pressure; PVR = Post-void residual)

The patient underwent rigid cystoscopy and injection of 150 I.U. intravesical Botulinum toxin-A (Btx-A), under spinal anaesthesia. She made an uneventful recovery and was discharged after 24-hours of urine output measurement. Her residuals were monitored with self-catheterization (Speedicath®, 12Fr). CISC was performed post-micturition routinely for a further two weeks and then discontinued. No post-operative complications were experienced. The patient was seen after six weeks in the outpatient department and had significantly improved with a reduction in frequency, urgency and urinary incontinence. Her use of TENA® incontinence pads per 24-hour period had dramatically decreased to 1-2 pads, and as a result, her mobility had also improved due to increased confidence levels. She was subsequently discharged back to her primary care physician for further follow-up.

To our knowledge, this is the first reported case of detrusor overactivity in a patient with Pompe’s Disease in the world literature, and also the first report to use Btx-A in a patient with this progressive condition. Although it has not previously been described, it is plausible that glycogen would accumulate within smooth muscle cells present within the urinary tract, and that their disruption would result in ureteric paralysis and detrusor dysfunction.

Detrusor glycogen deposition content has also been shown in guinea pig models by De Jong et al. to reflect the history of bladder dysfunction; with the strongest glycogen deposition being found in bladders having experienced the highest pressures, most instabilities, lowest compliance and highest contractility [6].

Antimuscarinic therapy has been the primary treatment for bladder overactivity following lifestyle modification, however, compliance is an issue due to adverse effects of medication, insufficient beneficial effects, and unmet patient expectations 7. In those who have failed antimuscarinic treatment, Btx-A has been shown to be a safe and satisfactory alternative. A recent Cochrane review by Duthie et al. described a meta-analysis of nineteen studies exploring the efficacy of Btx-A treatment. They found Btx-A, to demonstrate superiority to placebo in all studies, with a dose-dependent duration lasting a number of months. Furthermore, the treatment was found to be safe, and patients did not demonstrate tolerance to the treatment [8]. There have been no reports in the literature describing the use of sacral neuromodulation in those with glycogen storage disorders.

In this index case, intravesical Btx-A injection led to a rapid improvement in quality of life and lower urinary tract symptoms, without the need for maintenance self-catheterization. Furthermore, there were no significant difference between pre- and post-operative voiding volumes, maximal urinary flow or maximal detrusor pressure (Unpaired T-test: Two-tailed P value = 0.8986) suggesting that this dose of Btx-A was safe to use, with no adverse side effects on detrusor function. It is possible that the effects of Btx-A treatment may be further augmented by the concurrent use of enzyme replacement therapy in this patient (ERT). Bernstein et al. described a small case series in which the use of ERT in Pompe’s Disease led to a dramatic improvement in gastrointestinal symptoms such as chronic diarrhea, post-prandial vomiting and abdominal pain [9].

This report, to our knowledge, is the first in the literature to describe successful treatment of detrusor overactivity in any glycogen storage disorder. Although the degradation of intracellular glycogen accumulation is not addressed with intravesical Btx-A, it may nonetheless provide an inexpensive, readily available, acceptable treatment in those with adult-onset Pompe’s disease with moderate to severe lower urinary tract symptoms who are refractory or intolerant to antimuscarinic therapy or in those, for whom enzyme replacement therapy is unavailable. It is currently unknown as to whether bladder overactivity in those with Pompe’s Disease is as prevalent as in the general population, however, it is felt to be under-reported due to the other systemic manifestations of this condition.

Additional studies are required needed to explore not only the underlying mechanism of urinary symptoms in adult onset Pompe’s Disease, but also to further document the frequency and severity of lower urinary tract, and storage symptoms, and their response to intravesical Btx-A treatment.