You are here: Home1 / Irish Society of Urology 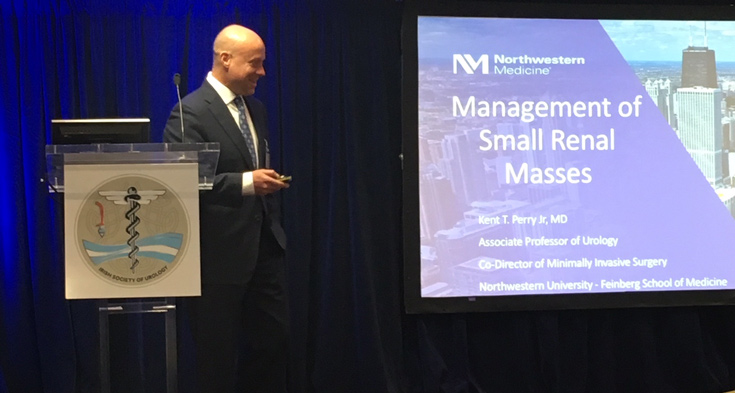 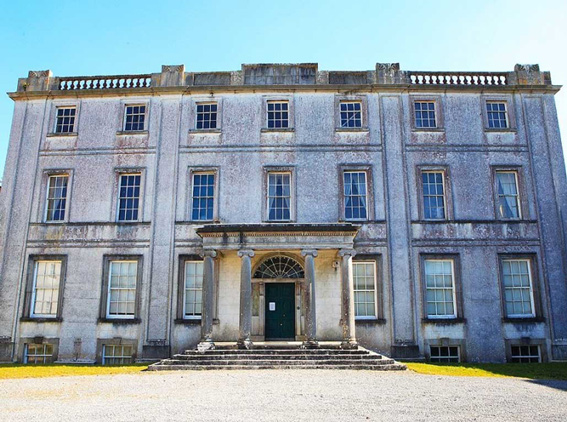 The Saturday formal dinner was held in the historic Strokestown House in Roscommon-the former home of the Packenham Mahon family, built on the site of a 16th Century castle, which was home to the O’Conor-Roe Gaelic Chieftains. It is now the site of the National Famine Museum. We were treated to a fascinating tour of the house on arrival, before enjoying a wonderful dinner, and some fantastic harp-playing. The presidential chain was conferred to the incoming president, Mr Paul Sweeney of The Mercy University Hospital in Cork, and the society are already looking ahead to exciting things during his tenure as president. 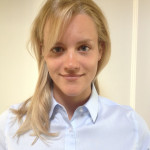 Dr Clare O’Connell is a first year Urology SpR in the Department of Urology & Transplant in Beaumont Hospital, Dublin (@oconnellclare). 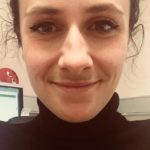 Dr Sorcha O’Meara is a second year Urology SHO in the Department of Urology in The Mater Misericordiae University Hospital, Dublin (@sorchaOm).

Failte go Cill Airne (Welcome to Killarney, Co Kerry).
The urology community of Ireland descended on the picturesque town of Killarney in the south west of Ireland for its annual scientific meeting. 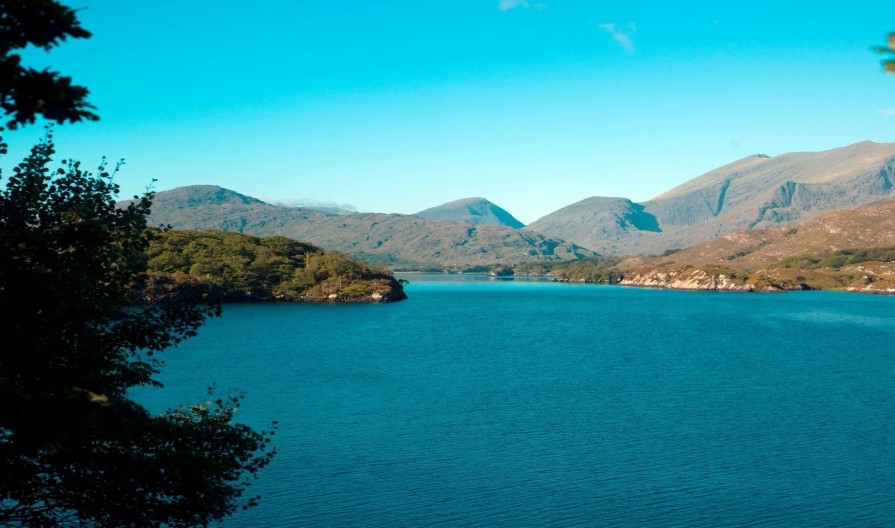 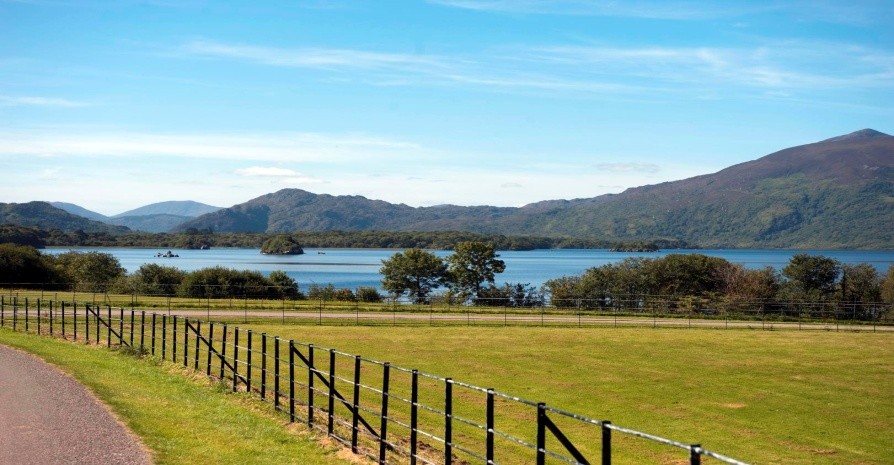 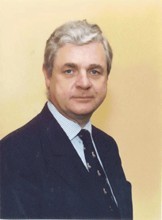 Mr David Quinlan (@daithiquinlan), President of the ISU, commenced proceedings with a tribute to the late Professor John Fitzpatrick and Mr Dermot O’Flynn. It is the first ISU following the sad passing of Professor Fitzpatrick in May of this year. Professor Fitzpatrick led a distinguished career and was a respected figure in world urology. The recent BJUI blog following his death demonstrated how highly regarded he was across the globe, with many sharing personal memories of him. Outside of his undoubted ability in the operating room, he was entertaining, had a special way with words and was a great story teller. He will be missed both here and afar. 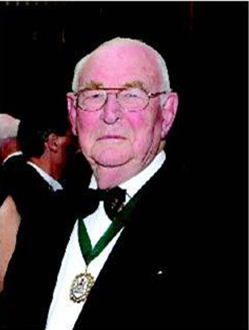 Dermot O’Flynn, past President of the RCSI, also passed away this year aged 93. Mr O’Flynn was an established urologist in the Meath Hospital. He played a significant role in the formalisation of urological training in Great Britain and Ireland not only to the training programme but also the specialist exit examination.

The academic program commenced on Thursday morning with front line basic science presentations. Kieran Breen (@kjkibbles – who won the ISU Registrar’s Prize winner) from the Conway Institute (scientific laboratory set up by Professor Fitzpatrick) reported tissue microarrays following radical prostatectomy regarding immunohistochemistry staining for insulin receptors, IGF-1 receptor and PTEN as markers of predicting biochemical recurrence. Early data suggest these markers could identify potential patients at risk of biochemical recurrence. Tuzova et al. presented a multi-centre study led by the St James’ group that suggested urinary profiling of DNA hypermethylation can selectively detect high-risk prostate cancers with improved specificity over the traditional PSA test.
The afternoon podium session focused on prostate cancer and resulted in an expected heated debate – Daniel Good (@willbgood1) from Edinburgh, reported the use of a novel device in prostate cancer detection. The E-finger, is a probe that fits on the tip of a finger and attempts to differentiate significant from insignificant findings based upon prostate elasticity. The debate continued regarding the use of pre biopsy MRI as well as the role of transperineal biopsies as a standard. Rick Popert advocated the use of systematic transperineal biopsy based on an anatomical map of the prostate as opposed to the traditional ‘lucky dip’ that is the transrectal ultrasound biopsy.
Friday morning focused on urological training in Ireland – Elaine Redmond outlined the lack of urological exposure among primary care physicians and suggested a urological or men’s health module be incorporated in their curriculum. Matthew Burke, highlighted the need for dedicated paediatric urological training to meet the needs of the health service going forward – this echoed the thoughts of BAUS President Mark Speakman who highlighted the impending void in paediatric urology.
Other highlights included the suggestion of a national network for the management of penile cancer in Ireland, similar to this week’s BJUI article of the week. In a country with such low volumes, a supra-regional network may improve long-term morbidity and survival.
Finally, O’Kelly et al. (@fardodokelly), demonstrated the merits and quality of national urological meetings from the smaller European countries with a favourable final publication rate of 46%. The quality of presentations, in particular basic science demonstrated this will continue.

The ISU has continued to attract significant guest speakers from the world of urology and this year we were joined by Craig Peters (‘THE’ American Paediatric Urologist), Mike Leonard (Vice-President of the Canadian Urological Association), Mark Speakman (President of BAUS) and Prokar Dasgupta (@prokarurol – Editor of the BJUI). 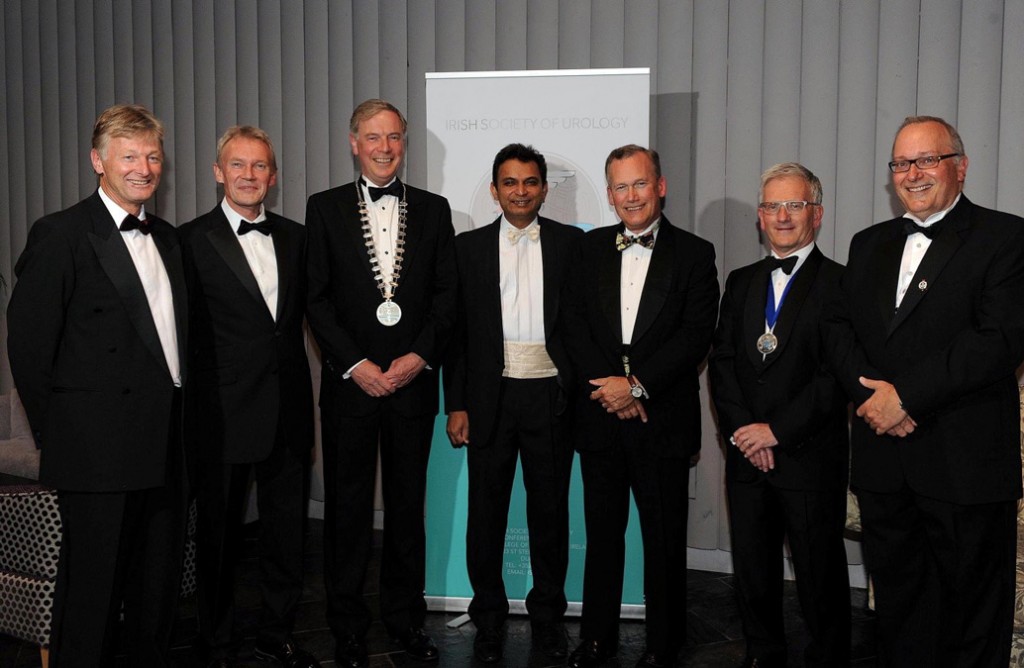 Professor Peters lecture on Robotic Surgery in Paediatric Urology ‘Reflections on emerging technologies’ was an eye opener in to what can be achieved if we push the boundaries. His strive for excellence and improved patient outcomes in the face of ‘robot-scepticism’ have led to advances in paediatric robotics. Outside of the robotic pyeloplasty – they have pioneered and tested the use of robotics in hypospadiology due to the undoubted improved optics as well the management of congenital abnormalities.
In one of the highlights of the meeting, Professor Peters was pitted against Professor Mike Leonard (Vice-President of the Canadian Urological Association) in a debate ‘Robotics are alien in paediatric urology’ panelled by Professor Dasgupta and Mark Speakman. ‘Robocop’ versus the sensible Canadian approach duelled in a fascinating debate – detailing clinical efficacy, cost effectiveness, quality control. Professor Peters offered Professor Leonard his card for redo pyeloplasty ‘in which the robot works quite well’.
Professor Dasgupta, (the man who still carries a diary) engaged the audience in a tour de force regarding immunotherapy in prostate cancer as well as detailing his future vision for the BJUI. This was the first year the abstracts were published in the BJUI, the Official Journal of the ISU. This is a most welcome addition and adds to the standing of our annual meeting. 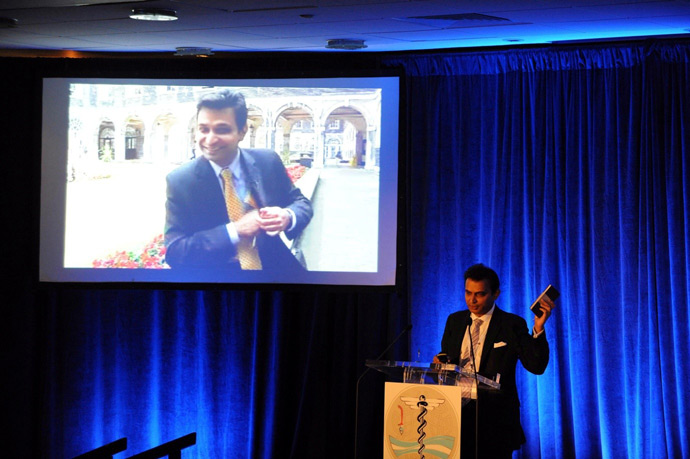 Professor Prokar Dasgupta – the Editor of the ‘journal that never sleeps’ – with his pocket diary.

Mark Speakman, gave an impressive demonstration in the art of oratory at the gala dinner regarding delivering a service and the impending need to publish surgeon-specific outcomes. He continued to speak to trainees and the need to add a ‘second string to your bow’ highlighting the areas which will require urologists in the future – paediatrics, andrology and female urology – warning that we cannot all be robotic pelvic oncological urologists.

The #ISU14 hashtag gathered momentum in the past few days. Again an inaugural addition to our meeting and something we will endeavour to promote in years to come. Any attendee at the EAU, AUA, BAUS will attest to the quality of social media presence and this is something we can learn from. By the end of the meeting we had followers across the globe, in the United States and Australia. 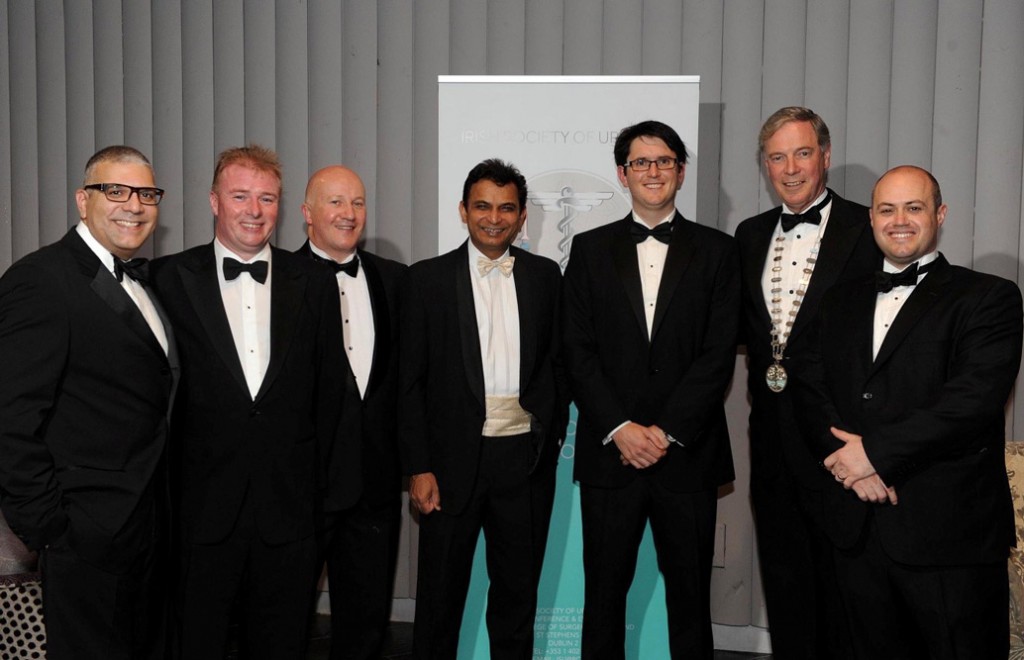 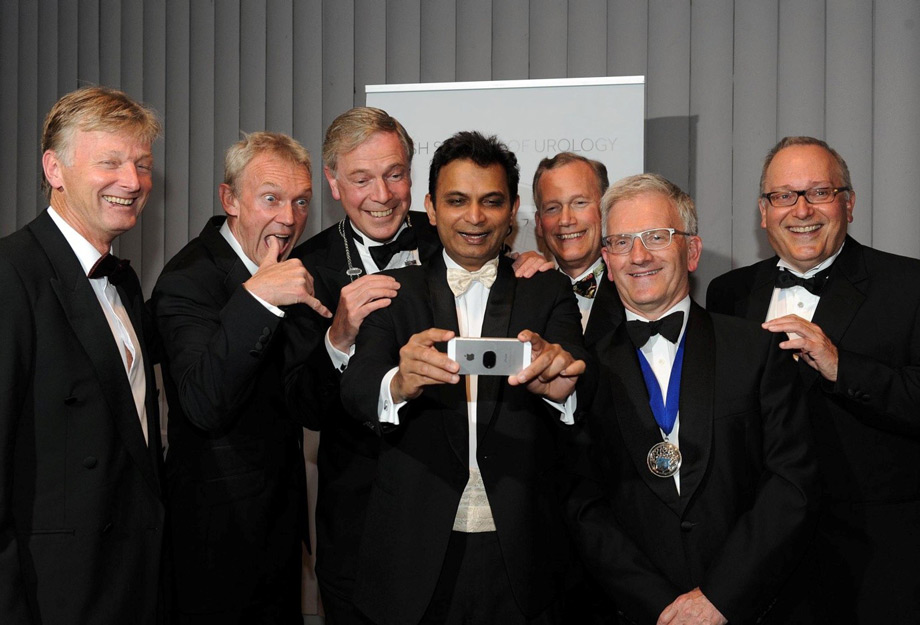 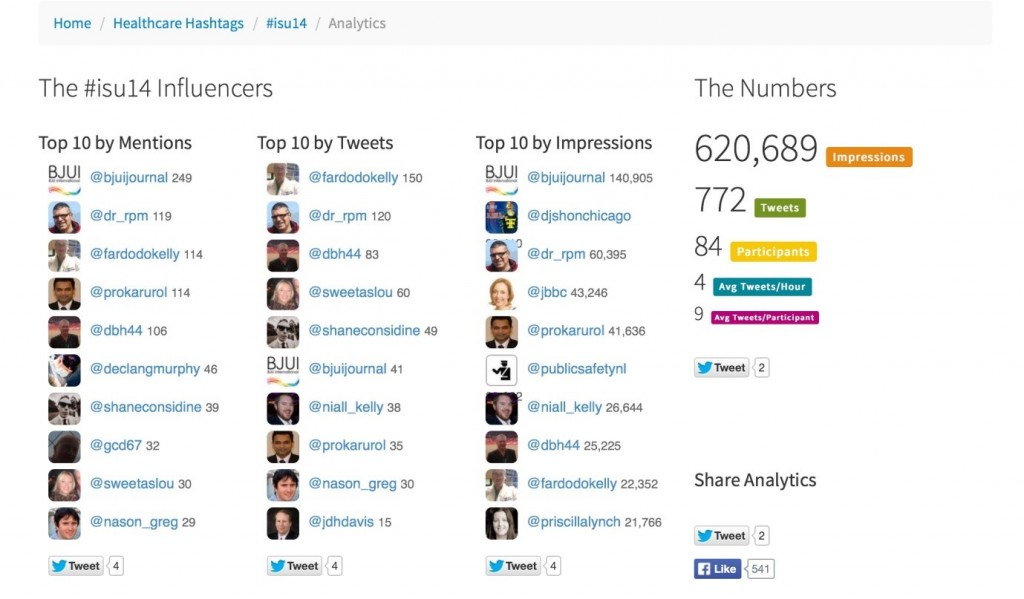 The annual meeting also ended Mr David Quinlan’s tenure as the President of the Irish Society of Urology. The ISU has moved from strength to strength under his watchful eye, incoming President John Thornhill applauded Mr Quinlan as ‘a rock who sailed a steady ship’. We look forward to welcoming all to next year in Limerick for hopefully a bigger annual conference with a wider global audience. 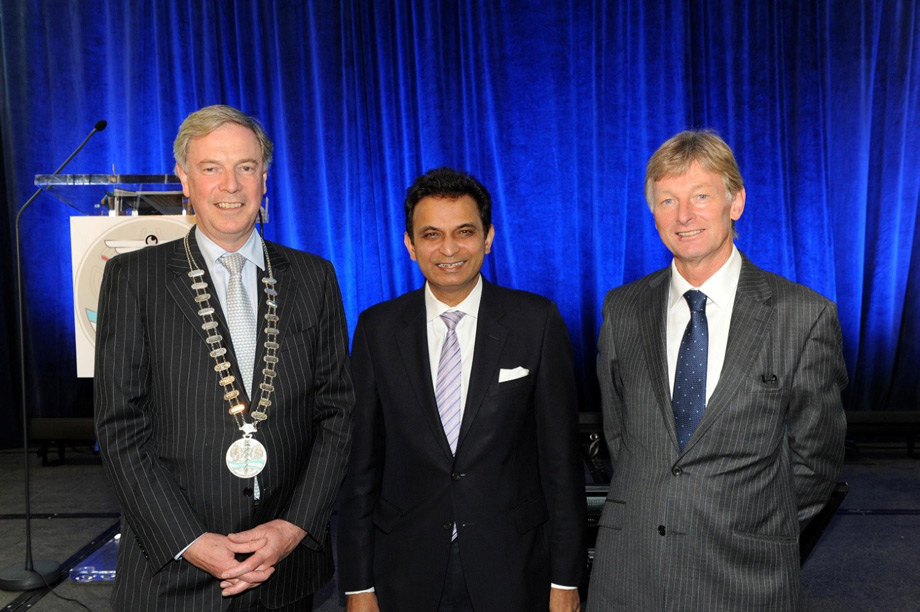