You are here: Home1 / Miniperc 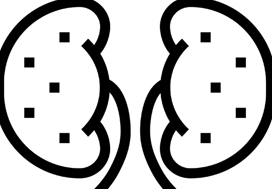 There is also a visual abstract created by Cora Griffin from King’s College London.

An international multicentre, retrospective cohort study was conducted at 20 tertiary care hospitals across five countries (China, the Philippines, Qatar, UK, and Kuwait) between April 2016 and May 2019. SMP and Miniperc were performed in 3525 patients with renal calculi with diameters of >2 cm. The primary endpoint was the stone‐free rate (SFR). The secondary outcomes included: blood loss, operating time, postoperative pain scores, auxiliary procedures, complications, tubeless rate, and hospital stay. Propensity score matching analysis was used to balance the selection bias between the two groups.

In all, 2012 and 1513 patients underwent SMP and Miniperc, respectively. After matching, 1380 patients from each group were included for further analysis. Overall, there was no significant difference in the mean operating time or SFR between the two groups. However, the hospital stay and postoperative pain score were significantly in favour of SMP (both P  < 0.001). The tubeless rate was significantly higher in the SMP group (72.6% vs 57.8%, P  < 0.001). Postoperative fever was much more common in the Miniperc group (12.0% vs 8.4%, P  = 0.002). When the patients were further classified into three subgroups based on stones diameters (2–3, 3–4, and >4 cm). The advantages of SMP were most obvious in the 2–3 cm stone group and diminished as the size of the stone increased, with longer operating time in the latter two subgroups. Compared with Miniperc, the SFR of SMP was comparable for 3–4 cm stones, but lower for >4 cm stones. There was no statistical difference in blood transfusions and renal embolisations between the two groups.

Our data showed that SMP is an ideal treatment option for stones of <4 cm and is more efficacious for stones of 2–3 cm, with lesser postoperative fever, blood loss, and pain compared to Miniperc. SMP was less effective for stones of >4 cm, with a prolonged operating time. 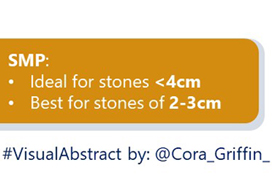