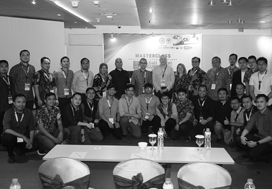 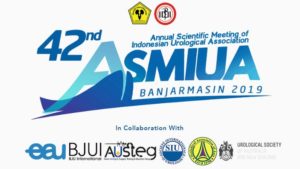 The main conference was preceded by pre-congress workshops at the University of Indonesia Medical Education and Research Institute (IMERI) in Jakarta. 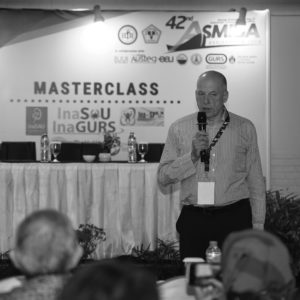 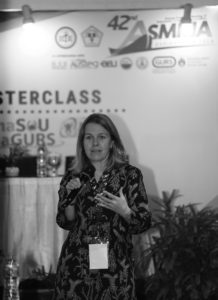 The conference also featured the increasingly popular 10 and 5 Km Uroruns and a Urowalk starting at 6 and 7am on the Saturday morning.

Outpatient laser ablation of non-muscle-invasive bladder cancer: is it safe, tolerable and cost-effective?

• To evaluate the safety, tolerability and effectiveness of outpatient (office-based) laser ablation (OLA), with local anaesthetic, for non-muscle-invasive bladder cancer (NMIBC) in an elderly population with and without photodynamic diagnosis (PDD).

• To compare the cost-effectiveness of OLA of NMIBC with that of inpatient cystodiathermy (IC).

• A subgroup of patients had PDD before undergoing OLA.

• Safety and effectiveness were determined by complications (In the immediate post operative period, at three days and at three months), patient tolerability (visual analogue score) and recurrence rates.

• The long-term costs and cost-effectiveness of OLA and IC of NMIBC were evaluated using Markov modeling.

• A total of 74 OLA procedures (44 white-light, 30 PDD) were carried out in 54 patients. The mean (range) patient age was 77 (52–95) years. More than half of the patients had more than three comorbidities. Previous tumour histology ranged from G1pTa to T3.

• One patient had haematuria for 1 week which settled spontaneously and did not require hospital admission. There were no other complications.

• The procedure was well tolerated with pain scores of 0–2/10.

• Additional lesions were found in 21% of patients using PDD that were not found using white light.

• At a cost-effectiveness threshold of £30 000/QALY, as set by the National Institute for Health and Care Excellence, there was an 82% probability that OLA was cost-effective.

• This is the first study to demonstrate the long-term cost-effectiveness of OLA of NMIBC.

• The results support the use of OLA for the treatment of NMIBC, especially in the elderly.