You are here: Home1 / outcome 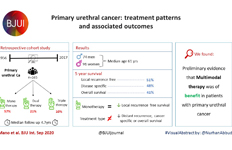 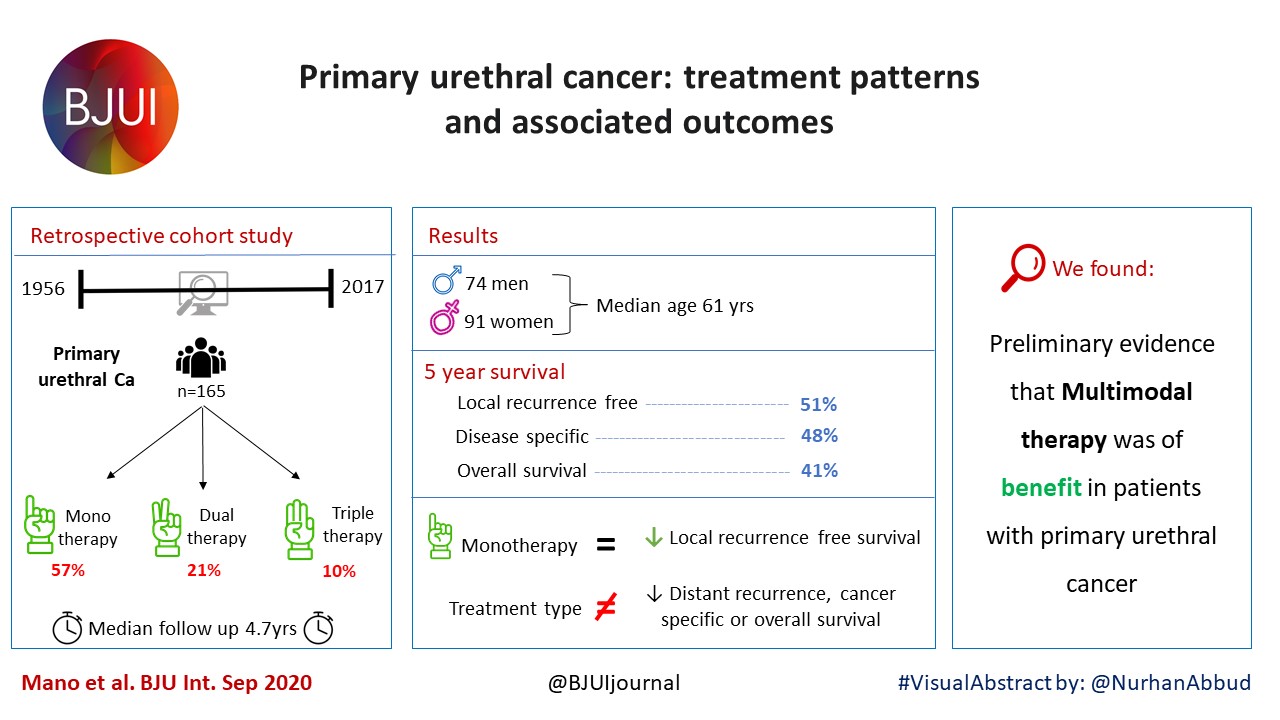 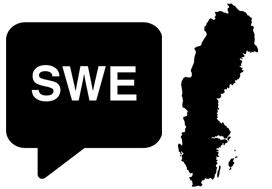 In addition to this post, there is an editorial written by a prominent member of the urological community and a video produced by the authors. Please use the comment buttons below to join the conversation. 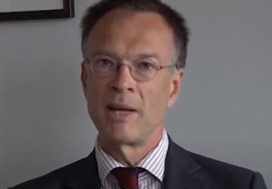 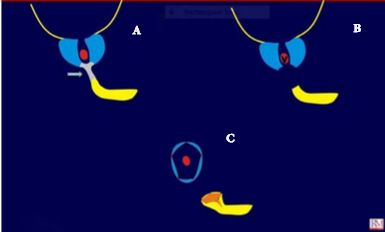 Every Month the Editor-in-Chief selects the Article of the Month from the current issue of BJUI. The abstract is reproduced below and you can click on the button to read the full article, which is freely available to all readers for at least 30 days from the time of this post.

Mamdouh M. Koraitim and Mohamed I. Kamel*
Department of Urology and *Occupational and Enviromental Medicine, College of Medicine, University of Alexandria, Alexandria, Egypt

To determine perioperative factors that may optimize the outcome after delayed perineal repair of a pelvic fracture urethral injury (PFUI).

In all, 86 consecutive patients who underwent perineal repair of a PFUI between 2004 and 2011 were prospectively enrolled in this study. The mean (range) patient age was 23 (5–50) years. The mean (range) follow-up was 5.5 (2–8) years. We examined seven perioperative variables that might influence the outcome including: prior failed treatment, condition of the bulbar urethra, displacement of the prostate, excision of scarred tissues, fixation of the mucosae of the two urethral ends, and the number and size of sutures used for urethral anastomosis. Univariate and multivariate analyses were used to identify factors that influence postoperative outcome.

Of the patients, 76 (88%) had successful outcomes and 10 (12%) were considered treatment failures. On univariate analysis, four variables were significant factors influencing the outcome: excision of scarred tissues, prostatic displacement, condition of the bulbar urethra and fixation of the mucosae. On multivariate analysis only two remained strong and independent factors namely complete excision of scarred tissues and prostatic displacement in a lateral direction.

Meticulous and complete excision of scar tissue is critically important to optimise the outcome after perineal urethroplasty. This is particularly emphasised in cases associated with lateral prostatic displacement. Six sutures of 3/0 or 4/0 polyglactin 910 are usually sufficient to create a sound urethral anastomosis. Prior treatment and scarring of the anterior urethra do not affect the outcome.

Posterior urethral distractions occur in up to 25% of cases of blunt force pelvic fractures. Proper repair of these pelvic fracture urethral injuries (PFUI) is an art that requires exquisite attention to technique and tissue handling. Koraitim and Kamel [1] recently reported their single-surgeon series of PFUI repairs on 86 patients, with the specific aim of characterizing risk factors for treatment failure. Success was defined subjectively as absence of urinary symptoms and normal postoperative urethrography. Requirement for repeat procedures constituted failure. At a mean 5.5 years of direct follow-up, 88% of patients were considered to have had successful treatment. Multivariate logistic regression showed that incomplete scar excision and lateral prostatic displacement (as opposed to superior or no displacement) were predictive of treatment failure (odds ratios 122 and 34, respectively). All other factors analysed, including previous treatment, relative bulbar urethral scarring, mucosal fixation, suture size and number of sutures, were not significant predictors of urethral outcomes.

Large patient series of posterior urethroplasty report treatment success rates of 86–97%, although follow-up has been short in general [2-4]. The present report by Koraitim and Kamel compares favourably with these series, despite longer patient follow-up. This suggests that late failures after posterior urethral repair are rare. The authors should be commended for their desire to ascertain risk factors for failure after repair of these urethral injuries; however, several factors that probably affect outcomes were not evaluated and may at least partially explain some of their treatment failures.

Erectile dysfunction (ED) is known to occur in ~5% of men after pelvic fracture, and to increase to a mean of 42% in those with a concomitant urethral injury [5]. A portion of these men with ED will have arterial insufficiency and will be at increased risk of bulbar necrosis and ischaemic stenosis. Before urethral reconstruction, men with ED should be evaluated with penile duplex ultrasonography and, if arteriogenic ED is suggested, pelvic angiogram. In those with bilateral complete obstruction of the deep internal pudendal or common penile arteries, revascularization should be offered before urethral reconstruction. In this patient population, penile revascularization has been shown to reverse arterial insufficiency, leading to both improved erections and enhanced tissue perfusion for optimum outcomes after posterior urethral reconstruction [6].

A progressive perineal approach has been popularized by Webster and Ramon [4] and generally accepted by those regularly performing posterior urethral reconstruction. While the present authors report extensively on relative excision of fibrosis and number, type and location of suture utilization, they do not provide insight into the number of ancillary measures necessary for a tension-free repair. While some argue that the importance of crural separation and infrapubectomy are overstated [3], these techniques are essential in some patients in order to achieve a tension-free anastomosis. Given that fibrosis was incompletely excised in 15% of patients in this cohort, some of these same patients may also have had some degree of tension of the urethral anastomosis. Alternatively, these adjunctive procedures may be independent predictors of treatment success or failure and their role in this series would be interesting to note.

It is our experience, and surely that of others, that direct long-term follow-up after urethroplasty at a tertiary referral centre is often difficult or non-existent. These authors should be applauded for their ability to follow their patients for a mean 5.5 years in this series. They have provided much needed extended outcome data after posterior urethral reconstruction. The challenge going forward will be for high-volume centres of reconstruction to design studies prospectively that answer specific questions using standardized instruments and objective results.

We report a patient with a massive adrenal tumor treated with early surgical intervention due to concern for that an adrenocortical carcinoma was present.

Abstract
We report a patient with a massive adrenal tumor treated with early surgical intervention due to concern for that an adrenocortical carcinoma was present. Although initial abdominal ultrasound for abdominal pain detected only a large simple renal cyst, CT scan obtained one1 week later identified the 11 cm left renal cyst and a 13 cm left adrenal tumor containing solid and cystic components. About 1Approximately one week later, pathologic analysis of the adrenalectomy specimen revealed a 19 cm lymphoma expressing CD20, CD45 and vimentin. For stage 1A diffuse large B cell lymphoma, she the patient received 4 cycles of rituximab, cyclophosphamide, doxorubicin, vincristine and prednisone (R-CHOP) and remains disease-free two2 years after diagnosis. Despite the rapid initial growth of this diffuse large B-cell lymphoma involving one adrenal gland, an excellent outcome has been achieved.
Case Report
The patient is a 54 year old female that who presented with a 3-day history of left lower abdominal pain radiating intermittently to the left flank.  Past medical history includeds hypothyroidism and JAK-2-negative essential thrombocythemia. Physical examination was unremarkable, except for mild left lower quadrant and left costovertebral angle tenderness with palpation.  Urinalysis revealed microscopic hematuria and urine culture was negative.  KUB revealed no urinary calcifications.  Urinary cytology and cystoscopy were negative. Over the ensuing week, the urinary symptoms and flank pain did not resolve and the patient developed a low-grade temperature. Renal ultrasound was performed to evaluateas an investigaiton for pyelonephritis, a repeat urine culture was obtained, and she was started on empirical antibiotics. Abdominal ultrasound showed the left kidney to contain two simple cysts, including an 11.0 cm exophytic mid-pole cyst and 2.4 cm lower pole cyst, without evidence of hydronephrosis or calcification. The right kidney and remainder of the abdomen was unremarkable.
The patient presented to the emergency department with worseneningd left-sided abdominal pain one1 week later.  Her white blood cell count was 9,000 and her platelet count was 659,000; other laboratory studies results were within normal limits.  Computed tomography with IV contrast revealed a large complex solid and cystic mass in the left retroperitoneal space measuring 13 x 10 x 7 cm. Coronal CT imaging showed that the adrenal tumor displaced the left kidney, which contained a similarly-sized simple renal cyst (Figure 1).
Figure 1. Coronal CT imaging showing the adrenal tumor

As is typical of lymphoma, the cells tend to disaggregate, and single cells are observed. A number of cells have a plasmacytoid appearance and rare multinucleated cells are also present.  The chromatin is open to vesicular, and many nuclei are lobulated. Fibrous bands, as seen in an adrenocortical carcinoma, are absent, as is the typical trabecular growth pattern with formation of sinusoids.  Immunohistochemical staining revealed the cells are negative for inhibin and pancytokeratin (cytokeratin AE1/AE3/cam 5.2); pancytokeratin is variably expressed in adrenocortical carcinoma, and inhibin can be positive.1  Vimentin was positive, although this is a somewhat non-specific finding. Staining results for CD-10, CD-30, and ALK-1 were negative. CD-3 and CD-5 were positive in background T cells. Ki-67 revealed a proliferation index of approximately 90%. Fluorescent in situ hybridization for an 8;14 translocation of Burkitt’s lymphoma was negative. A diagnosis of diffuse large B cell lymphoma (DLBCL), not otherwise specified (WHO 2010), was rendered, and reported to the operating surgeon.
Referral to medical oncology was made and staging was completed with whole body PET-CT and bone marrow biopsy, both of which were negative. For stage 1A DLBCL, she received 4 cycles of rituximab, cyclophosphamide, doxorubicin, vincristine and prednisone (R-CHOP) and tolerated this regimen without dose reduction or treatment interruption.  Postoperative CT imaging showed no evidence of disease 2 years after diagnosis (Figure 4) and the patient continues to be disease-free at most recent follow-up.
Figure 4. Postoperative CT imaging showed no evidence of disease 2 years after diagnosis.