You are here: Home1 / overactive bladder

The authors are to be commended for their unique investigation of an extended stage 1 SNM test period. To our knowledge, no other series has included a minimum 4-week duration and microbiologic testing. Optimal duration for the test phase has not been elucidated and initial responses are likely compounded by a short-term placebo eﬀect that may dissipate after time. Knowledge of when maximal improvement occurs would deﬁne a population of true responders and reduce implant failure rates. This series shows the feasibility of an extended test phase in a small cohort, but does not identify the optimal length of time for testing.

One must question how many responders are in the 2- to -4 week interval and if such patients would do as well with earlier implantation. Current testing with permanent leads and externalized hardware is cumbersome and not always convenient for activities of daily living, especially showering. Furthermore, knowing the sampling interval used by the authors to assess response and the time at which the majority of patients reached the established implant criteria could clarify the time needed for maximal response. In this small cohort, however, the diﬀerence would fail to show signiﬁcance.

As the authors note, a low stage 2 failure rate is important in an era with rising concern over health care expenditure, but it generates questions on what to do for responders
who have symptomatic improvement >50% but <70%. Do we risk not helping an individual who has 50% improvement in order to reduce stage 2 failures, and how do we justify making this quality-of-life decision? The low stage 2 failure rate in this study may have resulted from the strict criteria for stage 1 success, speciﬁcally a 70% or greater response, and not necessarily the prolonged test phase.

Notably, there were no infections in this series despite an extended stage 1 test phase. This is considerably lower than the 5–7% infection rate reported in the literature (Urology, Eur Urol). Perhaps the degree of hygiene and antibiotic regimen contributed to the lack of infectious complications, but concern remains that such results are not generalizable. Infectious events not captured in this series may become evident with a larger sample size and surely the rate will be greater than zero. Granted, the results of this study add to our knowledge of SNM, it is not conclusive that the outcomes can be applied to the population at large, and further evidence from randomized trials are needed to identify the balance between beneﬁts and risks associated with an extended test phase.

In addition to the article itself, there is an accompanying blog written by a prominent member of the urological community. This blog is intended to provoke comment and discussion and we invite you to use the comment tools at the bottom of each post to join the conversation.

• To identify the reasons why patients discontinued BT therapy and to explore the outcomes of those patients who did discontinue treatment.

• Retrospective evaluation of the case notes of a series of patients who had received intravesical BT treatment at a large UK teaching hospital.

• No antibiotic prophylaxis was given for the procedure.

•Over a period of 7 years, 268 patients were initiated on intravesical BT treatment for overactive bladder (OAB) at our institution, with 137 followed up for ≥36 months, with 80 patients having ≥60 months follow-up after their first injection.

• Almost two-thirds of patients (61.3%) had discontinued intravesical BT therapy at 36 months, with a 63.8% discontinuation rate at 60 months.

• The main reasons for discontinuation were tolerability issues, mainly urinary tract infections and the need for clean intermittent self-catheterisation. Primary and secondary losses of efficacy were of secondary importance.

• Most of the patients that discontinued have remained under urology care and now receive alternative methods of treatment.

• Intravesical BT therapy is an effective short-term treatment for OAB.

• With time, two-thirds of patients discontinued treatment usually because of the tolerability issues associated with treatment. 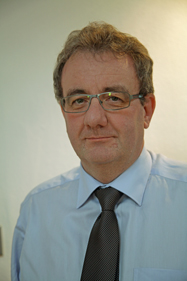 The article by Mohee et al. highlights a problem that is often neglected: the outomes we see in clinical trials do not predict the success of the therapy in real life. We know this from anticholinergics: the study results are good, but the performance in real life is much poorer. Only 20-40% will continue to take the medication.

For botulinum toxin in OAB it is surprising to see that even in experienced hands only 38.7% of patients continued with the treatment at 36 months. The reasons to abandon the treatment were retention, the need for CISC and urinary tract infections. Moreover, 8.6% of the patients had no response at all after the initial injection.

Of course infections could have been avoided by using prophylactic antibiotics, but the other issues remain. How to explain the primary failures? How to manage the risk of CISC?

Given the fact that most patients abandoned the treatment within the first 3 years, more research would be needed on how to increase the treatment adherence of the patients after the initial injection.

This challenging article also stresses the fact that in a time where only RCTs stand a good chance of being published in journals, good retrospective cohort studies can be extremely important too.