In 2015, “The Drugs Don’t Work” was the most read blog of the year and for that won the “Best Blog of the Year” award at the BJUI Social Media awards. And it was all about SUSPEND. The trial that changed everything. We had been giving MET out like smarties. We loved it. Patients loved it. But many of us had doubts. The evidence was weak. “Large randomised trials are needed to confirm” the authors of small trials said. And so we did it in British Urology and it did change practice for many people. Doubts crept in around the world. More trials confirmed this. The Furyk study … MET doesn’t work in Australia (apart from a small advantage on small subgroup analysis). It doesn’t work in America either. Silodosin … promising but little benefit. But wait … the NIH are doing a trial. This will confirm once and for all. And as I was about to debate John Hollingsworth at the Rock Society at #AUA17 – thrown into the lion’s den of believers – it was released, a late breaking abstract – The STONE study and NO BENEFIT TO MET. Game over … MET is dead. Even non-believers were convinced in another debate with John in Vancouver at #WCE17.

So imagine the surprise as this month in European Urology, the largest study ever conducted was released. 3450 patients. A good quality double-blind placebo-controlled RCT. The headline … Overall MET does work (86% vs. 79%). And this was judged on a fairly hardcore follow-up schedule of CT scans weekly for 4 weeks – how many people do that in their practice? On subgroup analysis stones >5mm show greatest benefit (87 vs. 75% stone passage). Stones ≤ 5mm showed no benefit (88% vs 87%) although there is some advantages for time to passage (148 vs.249 hours), colic episodes (1.9 vs.9.4%) and analgesia requirements (89 vs.236mg). So what do we do now? Firstly I suspect this has just cemented the current position of the 2017 #EAUGuidelines which already states “the greatest benefit might be among those with large (distal) stones”. I do also feel this trial requires greater scrutiny – does this really change everything again?

Some facts: 3296 patients included in the analysis. Only 15 patients declined entry to the study – that is amazing! Recruited in 30 centres in China over 2 years which finished in 2013. The inclusion criteria was for distal ureteric stones from 4-7mm (interestingly a fact not expressed in the abstract). Not 3mm; not 8mm; 4-7mm only. So a narrow window which probably represents the potential target benefit for MET. There are lots of exclusion criteria – diabetes, previous stone on that side, previous ureteroscopy on that side and ‘severe hydronephrosis’. So if the emergency departments are to follow this study they need to select stones of 6 or 7mm in longest diameter, only in the distal ureter and without “severe hydronephrosis” whatever that means. I’m not sure I totally know and I’m a urologist. Good luck to the ED docs with that one!

I need to ask, why has it taken 4 years for this to be published? There is no long-term follow-up required in this study. Outcomes should be known within 28 days. With such international controversy surely this should have been a priority to publish? Only the authors can answer this question but such delayed publication suggests to me some issue with the data. This was a company sponsored trial – so why weren’t they pushing for publication? Only they know. Company involvement to me automatically introduces a degree of murkiness about the outcomes in any trial – just look at the problem with oncology trials. Even more so when they are “involved with preparation of the manuscript”. That gives them a controlling interest in the publication of the outcomes and that really concerns me. It probably shouldn’t … the results are the results … but it still concerns me. It’s one thing supplying the medications for a trial but having control of the manuscript? What data is missing? For example, how many people in each group complied with the imaging protocols? We don’t know. How many patients didn’t undergo any follow-up imaging at all? We don’t know. How many patients did not attend (DNA) for follow-up at each stipulated week (as DNA rates are often high for colic patients)? We don’t know. Any small differences between the groups might explain the differences in final outcome. How many returned the analgesia and pain questionnaires? We don’t know. What were the compliance rates with medication? We don’t know. Importantly, why were the side-effects the same in both groups in such a big sample? That worries me a lot. This trial is powered to show small differences and even the most ardent MET supporters will concede that MET comes with a tolerable increase in side-effects – other studies have clearly shown that. That concerns me. Is that actually a surrogate marker of quality for this study?

Don’t get me wrong, other studies definitely have their limitations as well. Furyk – underpowered for larger stones. STONE – confounded by small stones? SUSPEND – real-life follow-up without mandated imaging. There is no doubt this trial will shift the balance in the debate. I thought MET was dead but, as per the EAU guidelines, MET may confer benefit for stones >5mm but in reality only those measuring 6 or 7mm – an absolute benefit of 12% for that specific group. It definitely doesn’t help stone passage for ≤ 5mm stones. It is interesting that whilst SUSPEND was criticised for having such high stone passage rates of ~ 80% – that is exactly what is seen in this paper and in a more select larger stone group. That is curious. Placebo did very well again. It’s a shame we can’t prescribe that!

What will I do? I might use MET a bit more for the carefully selected and counselled “larger stone” – I did anyway – but I certainly don’t feel we are back to giving this out to everyone who walks through the door. 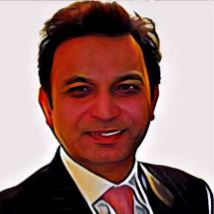 It has been nearly 15 years since one of the first ever randomised controlled trials (RCT) in robotic surgery was conducted in 2002. The STAR-TRAK compared telerobotic percutaneous nephrolithotomy (PCNL) to standard PCNL and showed that the robot was slower but more accurate than the human hand [1].

In the 24 h since the much anticipated RCT of open vs robot-assisted radical prostatectomy was published in The Lancet [2], our BJUI blog from @declangmurphy was viewed >2500 times, receiving >40 comments, making it one of our most read and interactive blogs ever. It is a negative trial showing no differences in early functional outcomes between the two approaches.

In all likelihood, despite the level 1 evidence provided in The Lancet paper showing no superiority of the robotic over the open approach, the Brisbane study may not change the current dominance of robotic prostatectomy in those countries who can afford this technology. Why is this? Apart from the inherent limitations that the BJUI blog identifies, there are other factors to consider. In particular, as observed previously in a memorable article ‘Why don’t Mercedes Benz publish randomised trials?’ [6], there may be reasons why surgical technique is not always suited to the RCT format.

A few additional reflections are perhaps appropriate at this time:

While this debate will continue and influence national healthcare providers and decision makers, the message looks much clearer when it comes to training the next generation of robotic surgeons. A cognitive- and performance-based RCT using a device to simulate vesico-urethral anastomosis after robot-assisted radical prostatectomy (RARP) showed a clear advantage in favour of such structured training [7]. In this months’ issue of the BJUI, we present the first predictive validity of robotic simulation showing better clinical performance of RARP in patients [8]. This is a major step forward in patient safety and would reassure policy makers that investment in simulation of robotic technology rather than the traditional unstructured training is the way forward.

Most of our patients are knowledgeable, extensively research their options on ‘Dr Google’ and decide what is good for them. It is for this reason that many did not agree to randomisation in other robotic vs open surgery RCTs, like LopeRA (RCT of laparoscopic, open and robot assisted prostatectomy as treatment for organ-confined prostate cancer) and BOLERO (Bladder cancer: Open vs Lapararoscopic or RObotic cystectomy). Many of them continue to choose robotic surgery without necessarily paying heed to the best scientific evidence. Perhaps what patients will now do is select an experienced surgeon whom they can trust to use their best technology to deliver the best clinical outcomes.