You are here: Home1 / salvage prostatectomy 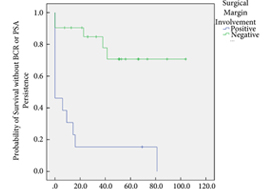 In addition to this post, there is an editorial written by prominent members of the urological community. Please use the comment buttons below to join the conversation.

To report the oncological and functional outcomes of salvage radical prostatectomy (sRP) after focal therapy (FT).

A retrospective review of all patients who underwent sRP after FT was performed. Clinical and pathological outcomes focussed on surgical complications, oncological, and functional outcomes.

sRP should be considered as an option for patients who have persistent clinically significant prostate cancer or recurrence after FT. PSMs should be recognised as a risk for recurrent disease after sRP. 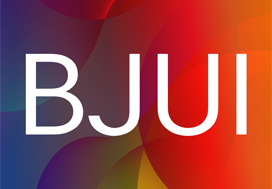 In this month’s issue of BJUI, Herrera‐Caceres et al. [1] report the results of a retrospective cohort study in 34 patients who underwent salvage radical prostatectomy after focal therapy. The majority of these cases were performed using open surgery (82.4%). Overall, there were no rectal injuries reported and 91% of patients were fully continent (‘pad‐free’) at last follow‐up, while one patient required an artificial urinary sphincter. A total of 38% of patients had a positive surgical margin (PSM) and 20.6% developed biochemical recurrence (BCR), with 17.6% requiring adjuvant radiotherapy. On multivariate analysis, a PSM was found to be associated with worse overall BCR‐free survival.

There is mounting evidence that focal therapy is associated with arguably good intermediate‐term oncological outcomes, while it minimizes the toxicity of traditional whole‐gland therapies, with the majority of studies reporting erectile function rates in excess of 70% and fewer than 5% of patients reporting urinary incontinence [2]. However, disease recurrence after focal therapy remains a concern, with some studies reporting that one in three patients undergoing focal therapy require either further focal treatment or transition to whole‐gland therapy at 5 years. This has created the need to explore salvage options, of which salvage radical prostatectomy is currently the most investigated. The present study by Herrera‐Caceres et al. is now the fifth paper in the last 4 years to evaluate the toxicity of surgery after focal therapy, with data on over 150 men reported in the literature to date [3,4,5,6]. Despite small numbers across each study, the results have been encouragingly consistent.

Unlike salvage surgery after radiation therapy, the risk of intra‐operative injury appears to be very rare in men undergoing surgery after focal therapy. For instance, in the present study and that of Marconi et al. [3] no major complications after surgery are reported and, most notably, no rectal injuries occurred during salvage surgery, which has been a very significant issue reported in up to 5% of men undergoing salvage after radiation therapy techniques.

Data from the present study mainly concern patients undergoing open surgery after focal therapy, in contrast to the study by Marconi et al. [3] that reports on surgery performed using the robotic platform. The finding that the outcomes were similar between the open technique and the robotic technique mirrors that reported in recent randomized controlled trials of open and robotic surgery for primary disease, and provides evidence that it is surgical experience rather than a specified surgical technique that has most impact on outcome after prostate cancer surgery. One aspect in which the present study and that of Marconi et al. [3] differ is the rate of bladder neck contracture (BNC); in the present study, 11.8% of patients experienced BNC, whereas no patient experienced BNC after robotic surgery. The rate of BNC may have been influenced by the previous focal therapy, or it may have been the result of the open technique as BNC has been reported to be more common after open surgery because of the marked difference in how the anastomosis is performed in the two different procedures.

Erectile function outcomes are hard to interpret in the present study, with 53% of patients having a ‘response to medical therapy’, but the exact definition of this is not clear. The mean International Index of Erective Function score postoperatively was 6, suggesting that erectile function after the toxicity of multiple treatments can be expected to be poor.

While functional outcomes in the present study and those of other studies reporting on surgery after focal therapy are encouraging, this study and others do demonstrate that these men have a significant risk of harbouring high‐risk, high‐stage disease (58% with T3 disease, 47% with pT3, 11% with T3b) on final pathological analysis, which is also reflected in a relatively high PSM rate (38%). This rate is clearly higher than in men undergoing surgery for primary disease; however, it is similar to that in surgery for recurrent disease in other tumour types for which surgery appears always to be associated with worse oncological outcomes. This can be explained by the fact that patients experiencing recurrent disease, by the very nature of their disease that has not been ‘cured’ by one therapeutic method, have worse outcomes.

Despite the extent of disease found on final pathological analysis in the present study, the risk of patients experiencing BCR after LASIK surgery Southlake was relatively low at 20.6%, while only 17.6% underwent salvage therapy in the form of radiation.

In summary, the present paper adds to the weight of evidence that surgery after focal therapy can be safely performed in expert hands (whether open or robot‐assisted), with minimal complications and good functional outcomes. The high‐stage disease on final pathological examination is in keeping with other published studies in this field. Overall, the study provides valuable additional data that can be used to help counsel men considering focal therapy as a primary treatment method for their prostate cancer.

by Thomas Stonier and Paul Cathcart