You are here: Home1 / Trial 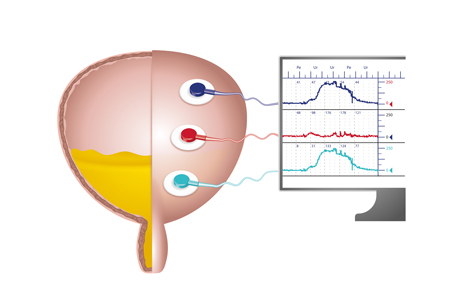 The BJUI supports clinical trials. Plain, simple, and with some new strategies.

Randomised clinical trials (RCTs) are the highest level of evidence-based medicine. We know this to be true, but we also know that RCTs are a challenge to fund, accrue patients, execute, and follow to endpoints. From a statistician’s point of view, RCTs provide unbiased estimates of the effects of different treatments. From a clinician’s point of view, RCTs provide the grandest of experiments in nature – a true test of option A vs option B. We are thrilled when one option beats the other. We can be satisfied if the options are equivalent, at least knowing the matter is settled and move on to the next question. Either way, the story lines can be rich with ongoing debate, drama, and analysis: were the cohorts truly equivalent? Was the study population generalisable? Were the treatments contemporary? Were there unintended harms/toxicities?

Allow us to illustrate some examples of what we propose to our readers. In 2003, Thompson et al. [1] published the famous Prostate Cancer Prevention Trial in the New England Journal of Medicine: ‘The influence of finasteride on the development of prostate cancer’. This landmark study has been cited 2541 times, according to Google Scholar. Looking further at impact, one can go to the www.swog.org site and query the protocol ‘SWOG-9217’ and see that over 150 publications have been produced using this dataset (16 in 2016!). Several publications pre-dated the primary endpoint paper and discussed trial design, the dilemma of chemoprevention, and updates to trial progress. Post primary endpoint, publications have looked at multiple strategies – costs, the high-grade findings, longer-term follow-up, biopsy findings from the placebo arm, etc. Just last year, the UK made its mark on the prostate cancer world with the landmark Prostate Testing for Cancer and Treatment (ProtecT) study [2]. Again, we see the primary endpoint paper in the New England Journal of Medicine, but secondary endpoint papers, such as the quality-of-life outcomes are in the BJUI [3], and a mortality outcome analysis for trial screen failures in European Urology [4].

The BJUI can support clinical trial efforts through multiple pathways. Certainly, we would love to receive a primary endpoint paper from an important RCT in urology. We can also have impact by featuring important secondary endpoint papers, trial design papers (preferably ones that read like a good review article, with the trial proposed as the ‘answer’ to the dilemma), as well as smaller/early phase I–II trials that are stand-alone pieces of key knowledge. Figure 1 shows a possible flow chart of a RCT with each box representing possible publication points. In addition to content in the BJUI, our webpage Blogs section has a ‘rapid response team’ to start immediate dialogue on important RCTs published in other journals. For example with the recent Yaxley et al. [5] trial in the Lancet, our blogs section, led by Declan Murphy, had over 10 000 views and over 50 follow-up comments. So clearly, our readers care about RCTs.

Finally, the BJUI can help with RCTs in two more ways. For the reader, we will highlight RCT-related papers in their native sections (i.e. oncology, functional, education) with a special ‘Trials’ headline, and will invite experts to comment on the significance of the study. For reviewers and authors, we will be critical on RCT design, such that flaws are identified, and papers not given inflated significance. It is frustrating to receive papers that lack adequate reporting on what researchers did, RCT-related papers submitted to the BJUI frequently fail to adhere to the 2010 Consolidated Standards of Reporting Trials (CONSORT) guidance for reporting RCTs, which potentially leads to major revisions, if not outright rejection. The CONSORT requirements are on our author submission guidelines, but ideally these are read and adhered to in advance, as many are not possible to correct after the fact. Recently, we have also added that all RCTs must be registered (i.e. clinicaltrials.gov or similar) before the first patient is enrolled.

How to Cite this article