Blog - Latest News
You are here: Home1 / BJUI Blog2 / Another new year, but evidently no new overall survivability for patients... 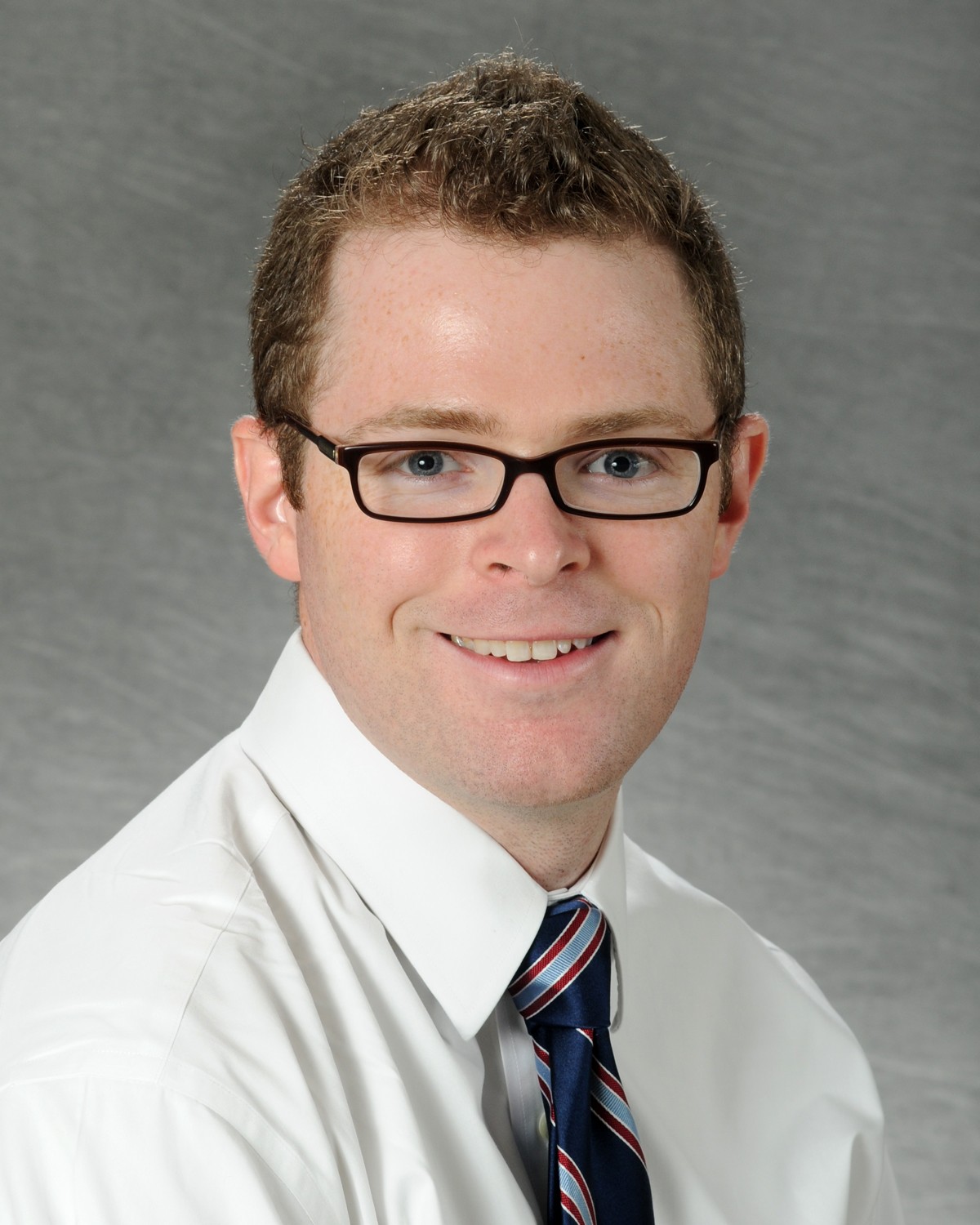 Fresh into a new year, the crowd was giddy. 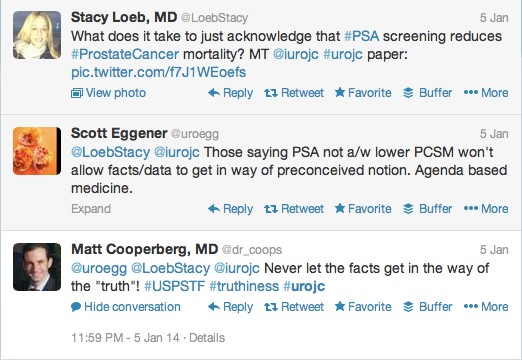 Ultimately, Dall’Era reigned in the masses. His study sought to investigate whether improvement in patients with metastatic prostate cancer have contributed to the overall decline in prostate cancer mortality since the introduction prostate-specific antigen (PSA). The authors identified 19,336 men through the CCR who presented with de novo metastatic prostate cancer between 1988 and 2009. Over the entire study time period, median age of diagnosis decreased significantly from 73 years to 71 years.

The authors separated the men into chronologic cohorts:  1988-1992, 1993-1997, 1998-2003, and 2004-2009. Men in the recent era showed no significant overall survival (OS) or disease-specific survival (DSS) improvements versus earlier cohorts after 1988. Interestingly, on multivariate analysis controlling for baseline patient characteristics, OS was better for men in the 1988, 1993, and 1998 cohorts versus the 2004 cohort. DSS did improve with time when comparing the 2004 cohort with patients presenting in all earlier years.

If there have been no changes in overall survival in patients with de novo metastatic prostate cancer, might this support the effect of PSA screening? 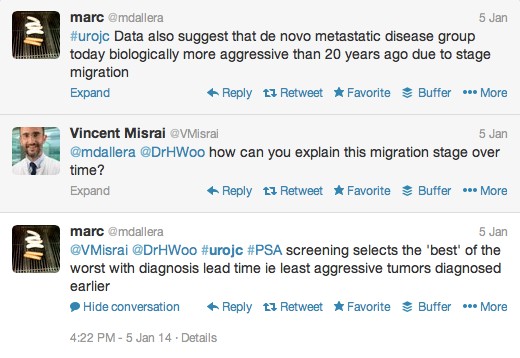 The overwhelming question chat participants asked is whether the lack of survival benefit over time is truly accurate, a false reflection of treatment advancements made in recent years, or an artifact created from limitations of the study.

Future studies should attempt to control for the different metastatic disease profiles, namely those patients diagnosed after clinical symptom workup versus those who are asymptomatic on presentation. Examining and comparing tumor biology is another future step.

Ultimately, it’s important not to lose sight of the two dramatic trends over the past decade: the decline in prostate cancer-specific mortality and incidence of metastatic disease. The next steps are solidifying which low-risk patients to treat and developing advanced methods to treat the most aggressive diseases.

The Best Tweet prize for January goes to Parth Modi from New Brunswick, NJ, which goes to show that even Urology residents are in with a chance to win.  The January prize has been kindly been donated by European Urology.

Thank you, Marc Dall’Era, for joining the chat. Your interaction made the January chat particularly lively and insightful. Thank you, European Urology for generously providing the Best Tweet prize.

Finally, here are the Symplur.com analytics for the chat. 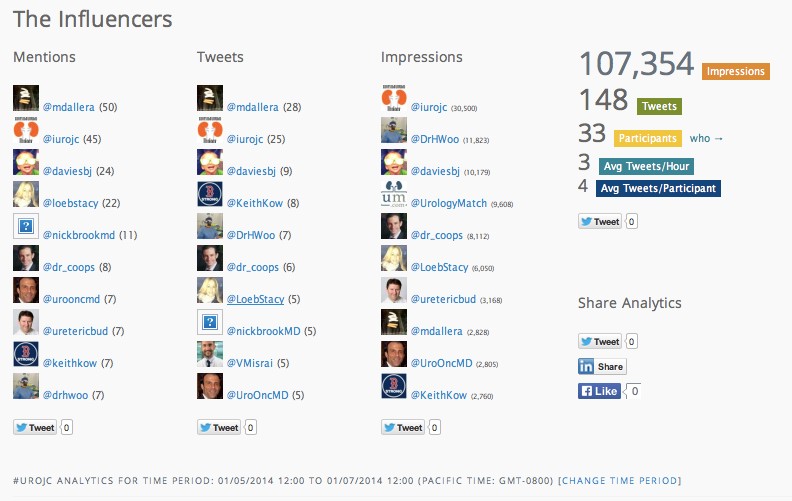 Christopher Bayne is a PGY-3 urology resident at The George Washington University Hospital in Washington, DC and tweets @cbaynemd.

Video: PCa in older men, is it really low-grade disease?
Scroll to top