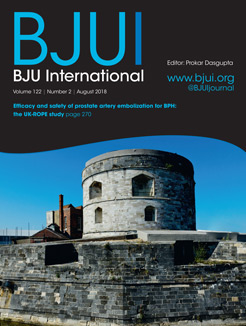 This issue’s Article of the Month is the UK-ROPE study, a multicentre study with several authors from Southampton. The cover shows Southampton’s Calshot Castle, an artillery fort constructed by Henry VIII.

The development of Calshot castle as well as Cowes, Hurst and Netley castles along Southampton Water and the Solent, by Henry VIII in about 1540, meant that Southampton was no longer so dependent upon its fortifications.