This month, BJUI continues the Four Seasons Peer Reviewer Award recognising the hard work and dedication of our peer reviewers. Each quarter the Editor and Editorial Team will select an individual peer reviewer whose reviews over the last 3 months have stood out for their quality and timeliness. 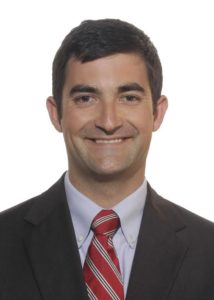 Alexander P. Cole is a research fellow in urologic oncology and health services research in the Division of Urological Surgery and the Center for Surgery and Public Health, both at Brigham and Women’s Hospital and Harvard Medical School in Boston. His research involves analyzing large secondary datasets to study cancer detection and treatment as well as variations in care, financial incentives and the diffusion of medical technology.

Alexander received his BA at Harvard College in Cambridge, Massachusetts and his MD at the Johns Hopkins School of Medicine in Baltimore, Maryland. After medical school he worked with the Swedish National Prostate Cancer Registry on a young investigator award under Professor Pär Stattin. He completed his general surgery internship at Brigham and Women’s Hospital in Boston in 2015, followed by urology residency also at Brigham and Women’s Hospital.

During residency he was awarded a Brigham Research Institute grant under the mentorship of Dr. Quoc-Dien Trinh. Other awards include Best Abstract at AUA 2016, and the Max Wilscher research award at the New England AUA section meeting. His work has been featured in medical journals including JAMA Oncology, Journal of Clinical Oncology, Journal of Urology, BJUI and Cancer. In addition he has written multiple articles for the lay-press including in Stat News and the Boston Globe. A native of Maine and a life-long New Englander, Alexander enjoys running, sailing and backcountry skiing in the mountains of Maine, New Hampshire and Vermont.

Article of the Week: Impact of bladder cancer on health‐related quality of...

Video: The Metabolic Syndrome & the Prostate
Scroll to top