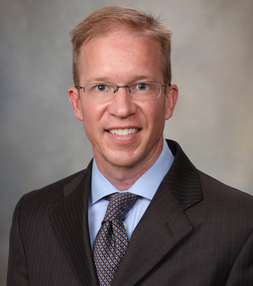 The field of urological oncology is rapidly changing. For example, robotic surgery, targeted therapy, and ablation techniques are oncological options that were in their infancy 10 years ago and are now mainstream in many areas of the world. Additionally, immunotherapy has recently become a promising avenue in multiple urological cancers. As we move forward, expect to see a larger presence of urological oncology literature obtained via social media, which BJUI has initiated and subsequently set the standard for the field. Related to this, this month’s edition of BJUI includes four online ‘Articles of the Week’, with each focusing on urological oncology.

Using data from the pro-PSA Multicentric European Study (PROMEtheuS) project, Abrate et al. [1] evaluated the utility of the Prostate Health Index (PHI) in 142 obese (body mass index BMI >30 kg/m2) men who underwent a prostate biopsy for an abnormal DRE or elevated PSA level. Among the 142 patients, 65 (45.8%) were found to harbour prostate cancer. Using the PHI threshold of 35.7, the authors determined that 46 (32.4%) negative biopsies could have been avoided while six (9.2%) cancers would have been missed. Related to this, Salami et al. [2] compared the cancer detection rates of MRI fusion biopsy vs standard 12-core TRUS-guided biopsy in 140 men with a previous negative prostate biopsy and a lesion appreciated on a multiparametric MRI. While the cancer detection rates were similar overall, the MRI fusion biopsy was more likely to detect clinically significant prostate cancer (48% vs 31%), defined as Gleason ≥7 or Gleason 6 with a lesion volume of >0.2 mL on MRI. In an era where over-diagnosis of prostate cancer is commonplace, data to better stratify patients who need (or do not need) a prostate biopsy and enhanced ways to identify clinically significant prostate cancers are of paramount importance.

Soares et al. [3] report their results among 1 138 contemporary laparoscopic radical prostatectomy patients who had at least 5 years of follow-up. Only one case required an open conversion and the transfusion rate was merely 0.5%. At last follow-up, 85% of patients had an undetectable PSA level, 94% of patients were continent, and 77% of non-diabetic men aged <70 years retained potency. These impressive single-surgeon results further suggest that the morbidity of prostate cancer surgery has diminished with increasing time and experience.

Additionally, Tolchard et al. [4] prospectively evaluated 105 patients with bladder cancer with preoperative cardiopulmonary exercise testing prior to radical cystectomy. Patients who received neoadjuvant chemotherapy were excluded and there was a 6% perioperative death rate with 90 days of follow-up. The results suggest that patients with poor cardiopulmonary reserve along with hypertension are at higher risk of perioperative complications and prolonged hospital stay; median length of stay was 22 and 9 days for patients with and without a complication. Furthermore, while only 2% of patients had a preoperative diagnosis of heart failure, there were a significant proportion of patients (50% in this study) found to have moderate-to-severe heart failure based on preoperative cardiopulmonary exercise testing. These provocative results suggest that the urological community should further investigate the utility of routine cardiopulmonary exercise testing in patients undergoing radical cystectomy along with the optimal incorporation of such testing in patients receiving neoadjuvant chemotherapy.

Video: Clinical performance of PHI for prediction of prostate cancer: data from...
Scroll to top