Blog - Latest News
You are here: Home1 / BJUI Blog2 / One year on and “The International Urology Journal Club on Twitter” sti... 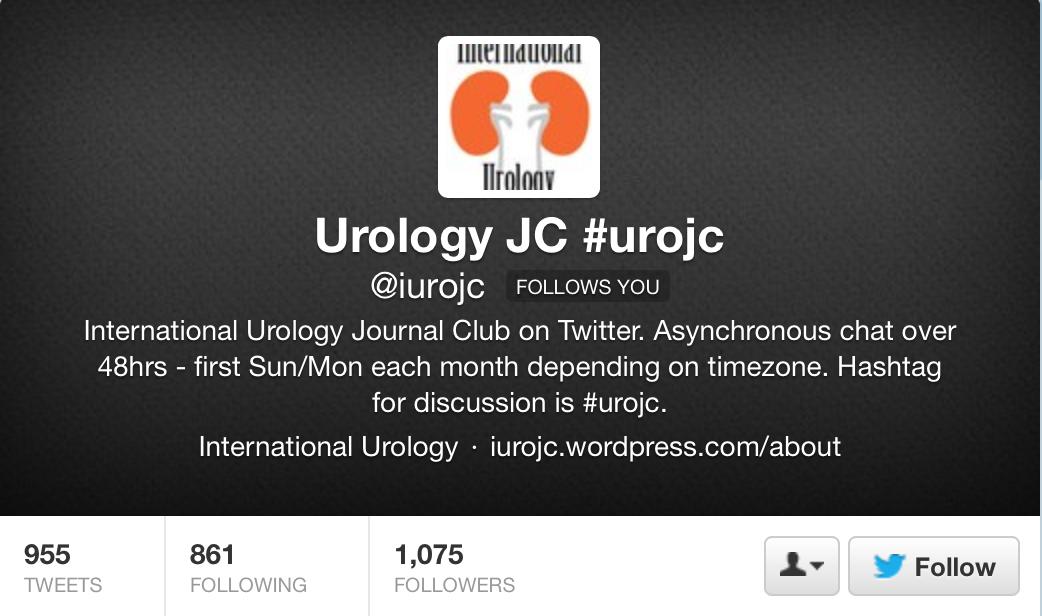 November marked the first anniversary of the International Urology Journal Club on Twitter. As far as we are aware, our #urojc was the first journal club on Twitter using the asynchronous format. Prior to our commencement and unknown to us, a very successful real time journal club had been established with great success. Our major challenge was to enable engagement from our global community and clearly the way forward was to use the asynchronous chat format. This has since proved to be the innovation that has enabled true global participation. Other specialties have since followed our model.

When we started, we were fortunate to be in a specialty group where there were already significant numbers on Twitter and we were able to rally up the troops for the first #urojc discussion in November 2012. In the first month of our existence, we had around 50 followers and since then there has been a steady growth in those following the #urojc account and as we reached our one year anniversary, we had hit the magic 1000 follower mark.

Before all is relegated to faint memory, it is important to acknowledge the supporters and Best Tweet (Hall of Fame) winners over the past 12 months.

A couple of the novel prizes, were not sur‘prize’ingly from Urology Match. 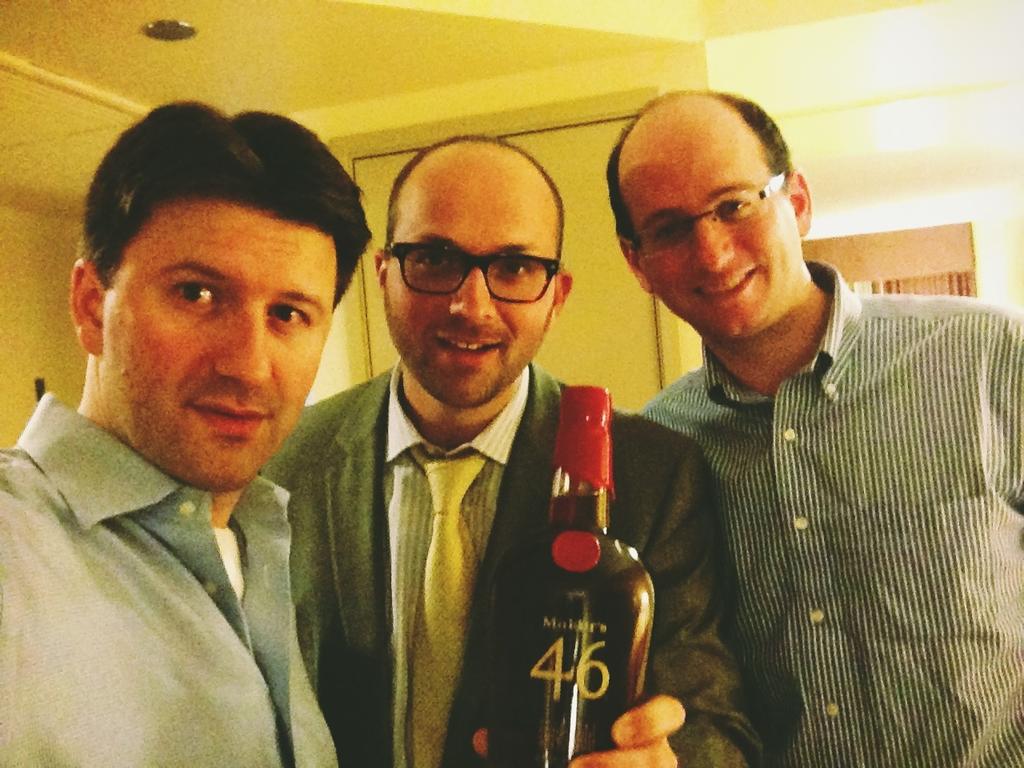 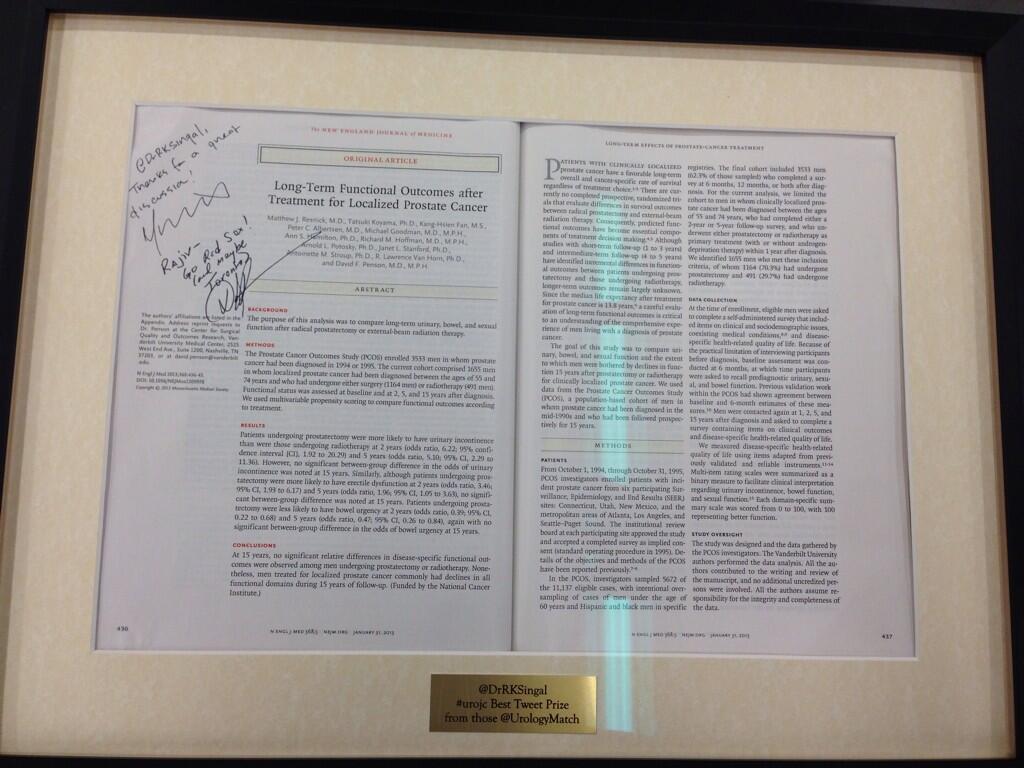 Thanks to all of you who have supported this project as participants and followers of the #urojc discussions. A shout out to BJUI for allowing us to have the audience of the BJUI Blogs to communicate and publicize our activities. Thank you to the supporters of the Best Tweet Prizes and the journals who have kindly allowed open access of articles discussed. A special thanks to authors who have been kind enough to make themselves available for the discussion – having author insights adds a special touch that is simply not possible with any other journal club format.

We have been off to a strong start for our second year and look forward to the continued success of this novel form of CME by social media.

The impact of the BJUI and what influences it today: does impact factor mat...
Scroll to top