Blog - Latest News
You are here: Home1 / BJUI Blog2 / Should radiotherapy be a routine added-treatment for patients with N0,N+... 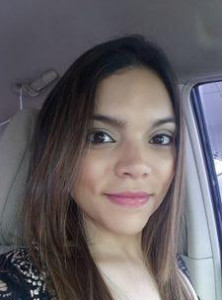 Once again we are approaching the end of another productive year in urological research. The final meeting of the year of the International Urology Journal Club #urojc was held from Monday December 7th to Wednesday December 8th AEDT. This month’s topic was a recent paper published in @JAMAOnc by the well-known STAMPEDE group.

In this new analysis of the STAMPEDE trial, the subject was the control arm. The trial’s definitive primary outcome was to evaluate the overall survival when adding radiotherapy (RT) to the cohort of N0 and N+ M0 high risk prostate cancer patients receiving hormonal therapy. The intermediate primary outcome was the failure-free survival (FFS), which was defined as biochemical failure, progression (locally, lymph nodes, or distant metastases) or death from prostate cancer.

Since this approach to high-risk N0,+ M0 disease is not a standard of treatment, there were some concerns about urologist opinions, and mainly, about the side-effects of pelvic radiation.

Another question during the discussion was about the control group and the different baseline characteristics of the patients if comparing to other countries (mainly previous surgery).

Most urologists conclude that this information contributes to the growing evidence of the different modalities of treatment that should be offered to patients with prostate cancer. Every urologist focused on the importance of determining the risk and stage of the patient to give an appropriate treatment. They also mentioned how these results correlate with other treatment outcomes.

The previous published trials about the subject conclude that this combination reduces the risk of prostate cancer death; however, the population of those studies varies. Most patients were low-risk N0M0 prostate cancer and none were N+M0.

Other thoughts were shared, such as the usefulness of ADT for high-risk M0 prostate cancer, the prostate cancer stage and its relation to treatment response, and the needed collaboration of other specialties for study trials.

We still have to remember that the study has some limitations, though: The study population is drawn from a control arm of a clinical trial. There is no randomization of patients, and those planned for radiotherapy were the ones considered fit for it, so there might be an overestimated benefit biased by a better prognosis.

Indeed this is not the last of the STAMPEDE trials. One of the authors, @Prof_Nick_James mentioned redoing analysis of all the arms to evaluate more parameters about the outcomes of the different treatments.

This topic raises many questions about the treatment approaches to high-risk prostate cancer. As the authors expressed “There is a need for randomized clinical trials within the N+M0 population to address questions prospectively”. So far the results shown seem to be of benefit, and support the routine use of radiotherapy in patients with N+M0 prostate cancer. But as usual, we always need more proof.

This is the last meeting of 2015, so I have to finish this summary with a “Merry Christmas and Happy New Year 2016” to all the Urological twitter family!

Irela Soto Troya is a urologist born and trained in the Republic of Panama, and is a Fellow at Severance Hospital/Yonsei Medical Health System, Seoul, South Korea.
Twitter @irela_soto

Video: Penile lengthening and widening without grafting according to a modified...
Scroll to top