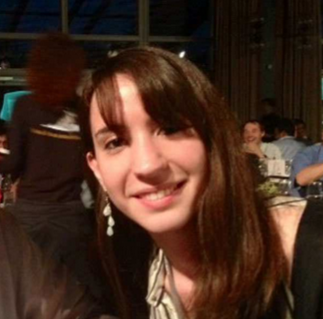 Every year, Lindau, a south-eastern town and island of Germany, concentrates the greatest minds of science, representing the past, the present and the future. Nobel Laureates and young scientists from different disciplines, countries and backgrounds meet to ‘Educate, Inspire and Connect’ during talks and discussions given by the Laureates, social gatherings and an unforgettable boat trip to the garden-island of Mainau.

Last year, the BJUI became, to our knowledge, the first surgical journal to support one of the 600 young scientists to participate in the Lindau Physiology and Medicine meeting, and interact with 37 Nobel Laureates. It was the first time in the history of the meeting that the percentage of women participants was higher than that of the men!

Lindau is oriented to reach out to the future; the 5 days of the meeting were full of constructive and fruitful discussions between the Nobel Laureates and young scientists, sharing of experiences, knowledge and dreams, and inspirational and motivational moments, particularly those coming from the Laureates’ lectures. Drs Peter Agre and Roger Tsien shared some very personal moments and life experiences, while Oliver Smithies showed photographs of his 65-year-old laboratory book, leaving lasting impressions on the next generation.

As was highlighted in the opening ceremony, ‘what Brazil was for football, Lindau was for the Nobel Laureates and young scientists’. That week in Lindau provided our BJUI scholar the required strength, inspiration and motivation to continue answering questions through the highest quality of scientific research. This month the BJUI continues its Nobel theme with a fascinating paper on ‘tiny bubbles’ from Ramaswamy et al. [1], which the Editor-in-Chief first encountered at a meeting of the American Association of Genitourinary Surgeons (AAGUS).

The authors include Robert Grubbs who received the Nobel Prize for Chemistry in 2005. They have developed a minimally invasive technology to replace generated bubbles for shockwave lithotripsy (SWL) that can cavitate and fracture stones. Tagged microbubbles were self-assembled with a phospholipid surface and a perfluoronated carbon gas centre. These stable, short-lived microbubbles, were synthesised with bisphosphonate surface tags to facilitate selective attachment to the surface of stones. Ex vivo cavitation of microbubble-coated calcium urinary stones demonstrated excellent stone fragmentation. As the popularity of extracorporeal SWL diminishes, retrograde injection of ex vivo generated microbubbles may represent the next exciting frontier in minimally invasive stone surgery.

Editorial: Can we rely on LVI to determine the need for adjuvant chemotherapy...
Scroll to top