Blog - Latest News
You are here: Home1 / Letters to the Editor2 / Meta-analysis of HIV-acquisition studies incomplete and unstable 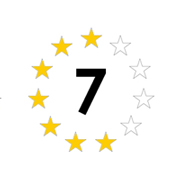 Re: Male Circumcision for the Prevention of HIV Acquisition: A Meta-Analysis

The authors of a recent meta-analysis[1] of studies into male circumcision and HIV describe their findings as “compelling.” We disagree. They reported a remarkably high degree of inconsistency with 97% of variation across studies due to heterogeneity rather than chance (an astounding, rarely seen, level of heterogeneity). Using recently described methods[2], 28.57% of the studies would need to have been excluded to bring I2 below the 50% threshold (considered high) and 32.65% excluded to bring I2 below the 25% threshold considered acceptable (well above the expected 99th percentiles of 22% and 32%, respectively). Similarly, 65.51% and 65.93% of the total number of participants needed to be excluded to reach the 50% and 25% thresholds (above the 99th percentiles of 25% and 48%, respectively). Given this excessive between-study heterogeneity, Sharma et al. should have refrained from reporting summary estimates[3].

The authors half-heartedly attempted to explain the heterogeneity failing to recognise that both the risk profile and circumcision prevalence of the study population are significant factors[4], and also failing to acknowledge the sizeable percentage of iatrogenically transmitted HIV infections[5].

The results of the randomised clinical trials (RCTs) have been noted as being “remarkably similar”[7]  − the probability of the results of these trials being so tightly clustered is only 0.03[8]. Can the 0% I2 reported in the meta-analysis of the RCTs be interpreted as indicating no appreciable variability between the studies? This certainly arouses suspicion of prior coordination: as Ioannidis noted, “At the extreme, fraud can cause perfect replication”[9].

The large sample size RCTs allowed small numerical differences to have an exaggerated impact on p-values. The Fragility Index (FI) (number of times one patient with the relevant finding is subtracted from one group and added to another group before the results are no longer significant)[10] for the three clinical trials was 4, 5, and 6, respectively, with an FI of ≥ 8 being common, and an FI of ≤ 3 being suspect.  Early discontinuance of these fragile studies with an absolute risk reduction between 0.8% and 1.9% was an artifact of being overpowered.

Given the effectiveness of condoms[11], the lack of consistent findings on national levels[12], the methodologically flawed RCTs[13], the lack of translational research, and the impressive potential uptake and effectiveness of pre-exposure prophylaxis[14], circumcision as an intervention to prevent HIV infection should be treated with greater scepticism.

Article of the month: The US opioid epidemic