In addition to the article itself, there is an editorial written by a prominent member of the urological community, a visual abstract by one of our resident artists and a video produced by the authors. These are intended to provoke comment and discussion and we invite you to use the comment tools at the bottom of each post to join the conversation. 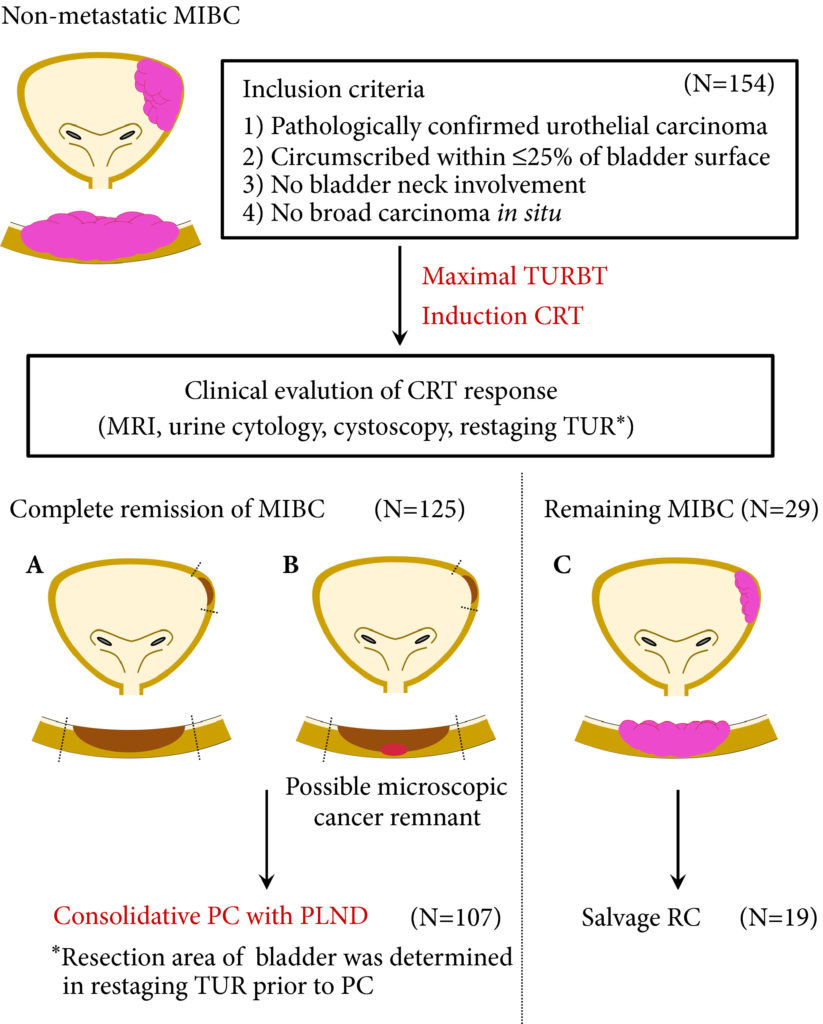 The median follow‐up period was 48 months. Complete MIBC remission was achieved in 121 patients (79%) after CRT, and 107 patients (69%) completed the tetramodal bladder‐preservation protocol comprising consolidative PC with PLND. Pathological examination in these 107 patients revealed residual invasive cancer (≥pT1) that was surgically removed in 11 patients (10%) and lymph node metastases in two patients (2%). The 5‐year MIBC‐RFS, CSS and OS rates in the 107 patients who completed the protocol were 97%, 93% and 91%, respectively. As for preserved bladder function, the median maximum voided volume, post‐void residual urine volume, and nighttime frequency were 350 mL, 25 mL, and two voids, respectively. In the SF‐36, patients had favourable scores, equivalent to the age‐matched references in all the QoL scales.

Selective tetramodal bladder‐preservation therapy, incorporating consolidative PC with PLND, yielded favourable oncological and functional outcomes in patients with MIBC. Consolidative PC may have contributed to the low rate of MIBC recurrence in patients treated according to this protocol.