Blog - Latest News
You are here: Home1 / Article of the Week2 / Editorial: Dropping the GAD – just a fad? 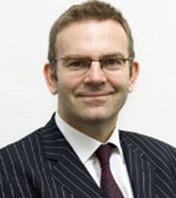 It is not without irony that, at the very moment that the UK’s National Institute for Health and Care Excellence (NICE) is poised to ratify the recommendation that multiparametric MRI (mpMRI) be introduced into the prostate cancer diagnostic pathway, we are seeking to significantly modify the very intervention on which they are about to provide judgement on [1].

The modification proposed is both compelling and plausible, as it renders the process of imaging the prostate in order to detect and localise clinically significant prostate cancer; simpler, quicker, safer and cheaper. It entails dropping the most complex and time‐consuming component of the three multiparametric sequences, the dynamic (time‐dependent) T1‐weighted gadolinium‐enhanced (GAD) sequence. This was a sequence that was, in the early days of MRI, imbued to have biological significance because it was capable of exploiting the differences in the microvascular architecture and function that we have tended to associate with cancer and non‐cancer in order to discriminate between the two. Or so we thought [2].

By any stretch this is a tough analysis to pull‐off, as T1‐GAD sequences are not standardised in terms of acquisition or reporting. Every group seems to manage the dynamic images in a different way. As such they tend to suffer from quality control issues, possibly to a greater extent than the T2 and diffusion sequences. The verification of the signal by biopsy strategy and sampling intensity will have varied across studies, as will the threshold of the definition of clinically significant prostate cancer. These inherent methodological problems are all familiar to readers and issues that are pertinent to any imaging study in the detection of prostate cancer. However, there are two issues that make any current assessment of GAD vs no GAD really problematic. The first is the almost exclusive reliance on single‐centre retrospective data. In the few studies that claim a prospective design no comparative data were available. Studies of this type are typical in the early phase of exploring a clinical question and will, in time, be corrected. The other, largely hidden, hardly discussed and truly problematic issue relates to the manner by which we synthesise an overall risk score from the MRI sequences that we derive. The near ubiquitous use of the Prostate Imaging‐Reporting and Data System (PI‐RADS) scoring system introduces a systematic bias by the manner in which a Boolean form of logic is used to decide on the degree of influence that each sequence has in relation to the overall score. According to the manner by which PI‐RADS is applied, it tends to render the T1‐GAD sequence subordinate (only relevant in a minority of cases), contingent (to T2/diffusion) and disparate (dependent on prostate zone) in the way it is invoked [4]. The result is, that within the PIRADS framework, the T1‐GAD sequence is destined to play a relatively small role in driving the overall summary score of risk. It might, therefore, not be too surprising if its removal made little difference to the overall detection of clinically significant prostate cancer.

So what are the next steps? Clearly this is a very important issue and a simpler, quicker, safer and cheaper MRI would be desirable from multiple perspectives. It would render what is currently a complex intervention that comprises an invasive component into a totally passive image acquisition in which no medically trained health professional need be present. It is almost certainly a pre‐requisite for adoption in resource-poor jurisdictions and for entertaining the role of MRI as a primary population‐based screening test.

It took a large number of randomised trials to get mpMRI accepted into the prostate cancer diagnostic pathway. What is the minimum amount of evidence required to disinvest in one of its key components? In other words how many clinically significant cancers would we tolerate missing in order to offer the less complex test?

A direct (head‐to‐head) non‐inferiority randomised comparative study would, following some of our own recent calculations, require >3000 men to participate, which might just prove a little too challenging. An alternative approach is a study in which men would have lesions declared using a Likert score, thereby making no prior assumptions on the role and utility of any single sequence, by traditional mpMRI (standard) but also by a T2‐diffusion MRI (experimental) with appropriate blinding. Some lesions would be private to either standard or experimental imaging but most, it is likely, would be shared. All would require sampling. The yield, the misses, the test accuracy for each approach, could be calculated with necessary adjustments for the inevitable incorporation and verification biases.

It is interesting to observe that in many parts of the world mpMRI was introduced by clinicians before a large body of evidence was accumulated because they felt it was the right thing to do [5]. It may well be the case that ‘dropping the GAD’ will be subject to the same decision‐making process and precede any definitive judgement based on reliable evidence. Recent activity on PubMed would suggest that this might already have happened [6].

Video: Biparametric vs multiparametric prostate MRI for the detection of PCa...

Article of the week: Biparametric vs multiparametric prostate MRI for the detection...
Scroll to top