There was a time when doctors were reluctant to tell patients the truth about a diagnosis of cancer, and even more unwilling to discuss any illness from which they themselves suffered.  John Anderson broke the mould last year when he made a public announcement about his newly diagnosed liver metastases, which subsequently turned out to be the result of secondary spread of adenocarcinoma of the prostate.

John was President Elect of the British Association of Urological Surgeons (BAUS) at the time, so sadly had to resign his presidency (the best president we never had!) and subsequently his trusteeship of the Prostate Cancer UK charity. John’s energy and drive are legendary, he is a true surgeon’s surgeon. The stoicism and determination that he has displayed throughout a year in which he has received hormonal treatment, followed by chemotherapy, is awe-inspiring. 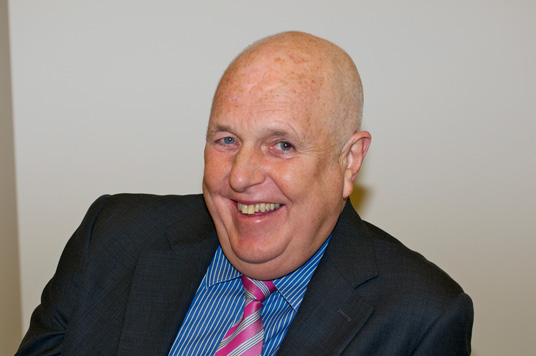 My admiration for John, in addition to my own recent diagnosis of localised prostate cancer, requiring robot-assisted radical prostatectomy (https://moreintelligentlife.co.uk/content/ideas/simon-garfield/prof-roger-kirby) led me to approach Sean Vesey and Damian Hanbury, whom I knew were similarly afflicted by a disease that carries a 1 in 9 lifetime risk. It occurred to me that there was a great deal to be gained from frank disclosure and discussion, as opposed to treating this problem as some dark, furtive secret. Women suffering from breast cancer are generally much more open about their problem and consequently receive much more support from friends, relatives and others who have been touched by the disease. This empowers them to make the difficult but smarter choices about their health by opting in to breast cancer treatment. Men need this kind of social encouragement and support so that we can be within reach to them as well.

The result was a publication entitled “a Tale of Four Prostates” in the upcoming issue of Trends in Urology and Men’s Health (www.trendsinurology.com) and a short accompanying video.

In this John, Damian and myself discuss the impact of our respective diagnoses and treatment. We sincerely hope that, by being frank, honest and transparent about our own situation, we can help other patients to help themselves by seeking advice and treatment earlier, and by sharing information about their diagnosis with others in order to mobilize support from their family and friends.

Sadly, John Anderson has since died. You can read an obituary by Roger Kirby here.