The challenge with systematic reviews of non-randomised studies in urology

The challenge with systematic reviews of non-randomised studies in urology
4,133 views 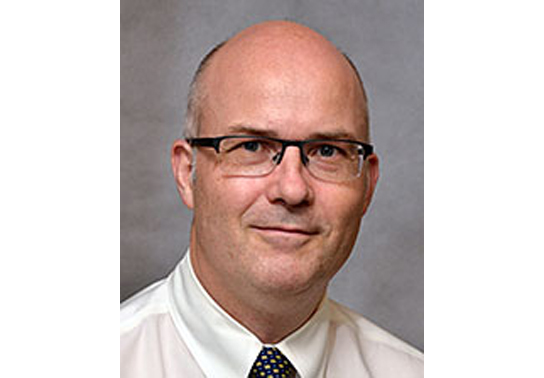 In this issue, BJU International has made the conscious decision to publish a systematic review (SR) and meta-analysis (MA) by Guo et al. [1]to inform the question of whether patients undergoing nephrouretectomy for upper tract urothelial carcinoma are at increased risk of worse oncological outcomes. This question was also the topic of a similar review by Marchioni et al. [2] published earlier this year in this journal. Both studies were submitted around the same time and underwent independent, parallel peer review that resulted in different editorial decisions. Given their similarity in methodological quality they both deserved similar consideration for publication, which the journal is hereby honouring.

At the same time, this provides the unique opportunity to reflect on methodological developments in the field and BJU International‘s efforts to raise the bar of the methodological quality of SRs, which include the provision of an Assessment of Multiple Systematic Reviews (AMSTAR) rating [3]. AMSTAR is a validated tool to assess the components of a SR on an 11-point scale (0–11), with higher scores reflecting higher methodological rigor. An updated version of this tool has recently been provided, which offers greater clarity in interpretation [4]. Another related instrument that has become available is the Risk of Bias in Systematic Reviews (ROBIS), which assesses the study limitations in SRs (i.e., the relevance of the review, concerns with the review process, and potential bias introduced during the review) [5]. Meanwhile, while it would be premature to claim success, it is our impression that BJU International’s initiative to provide AMSTAR ratings is making a valuable contribution in raising awareness for such methodological issues and improving the transparency of published reviews.

As BJU International takes a lead in promoting high-quality SRs in urology, the journal has seen a considerable increase in the number of submissions, including SRs of non-randomised studies (NRS). Whilst much of what we practice on a day-to-day basis is based on evidence from NRS, studies of those designs have infrequently been included in the Cochrane Library, which has pioneered much of the underlying methodology. This is for a few reasons: First, the ‘garbage in–garbage out’ phenomenon; if the underlying individual studies only provide very low-quality evidence, combining these studies will rarely enhance the confidence we place in their results. Second, the need for methodological advances in the assessment and analyses of NRS. Third, when high-quality evidence from randomised controlled trials (RCTs) is available, it may be inefficient to review the NRS literature.

However, progress is being made on the methodology front. Members of the Grading of Recommendations Assessment, Development and Evaluation (GRADE) Working Group are credited with having developed an approach for rating the quality or certainty of evidence from randomised and NRS to inform decision making [6]. While a body of evidence from RCTs, which starts as high-quality evidence, may be downgraded for study limitations, a body of evidence from NRS, which starts as low-quality evidence, may be upgraded for one of three reasons, most commonly for large magnitude of effect [7]. The underlying assumption is that, whilst we have to assume that bias is likely to be present in these studies, it is unlikely to explain the entire observed effect.

It nevertheless remains critical to assess the risk of bias of NRS. While the Newcastle-Ottawa scale (as used in both of these SRs) is a widely used instrument to evaluate risk of bias in NRS, it has critical limitations that the recently developed Risk Of Bias In Non-randomised Studies – of Interventions (ROBINS-I) seeks to overcome [8]. ROBINS-I evaluates NRS by using a standardised comparison to an RCT (i.e. target trial) [9]. In this way, ROBINS-I captures the bias inherent to studies without proper randomisation or allocation concealment, namely the lack of a balance of known and unknown confounders and selection of participants. ROBINS-I allows users to fundamentally start all studies at the same quality level, providing the transparency requested by some SR authors conducting SRs of NRS.

While ureterorenoscopy before nephroureterectomy may indeed increase the risk of intravesical recurrence as the authors suggest, additional exploration would be needed to make a statement about the causality of the relationship. Guo et al. [1] conducted sensitivity analyses to describe the potential for bias introduced by confounders of previous bladder tumour history and bladder-cuff management, thereby increasing our confidence that the observed effect may be closer to the truth. It seems equally important to note that Guo et al. found no increased risk in cancer-specific, recurrence-free or overall survival, which are other outcomes of potentially greater patient importance.

Understanding the inherent limitations of NRS, and placing their findings into appropriate clinical context are critical to the conduct of SRs. Moving forward, BJU International will continue to seek out the highest quality reviews that make use of the best, up-to-date methodology. We hope that these efforts will both serve as a beacon for the research community, but more importantly, result in improved evidence-based care for our patients.