Day 3, St Patrick’s Day, saw the Irish trying to lift their spirits having been beaten by Italy in the Six Nations rugby tournament the evening before. Cathy Pierce from European Urology donned a shamrock for the day but declined Declan’s suggestion to serve Guinness instead of champagne for the Platinum Journal’s cocktail hour.

Our day started with the BJUI Editorial Board Meeting hosted by new Editor-in-Chief, Prokar Dasgupta. There was much enthusiasm for the new-look of the Journal and for the return to a once-monthly print edition. The new web interface is receiving huge traffic and the close integration with our social media platforms has proved very popular to date. It is clear that the future for urology journals will require a much broader vision than the production of a print journal and we are excited by the suggestions made by our learned editorial board members for how we might achieve that. 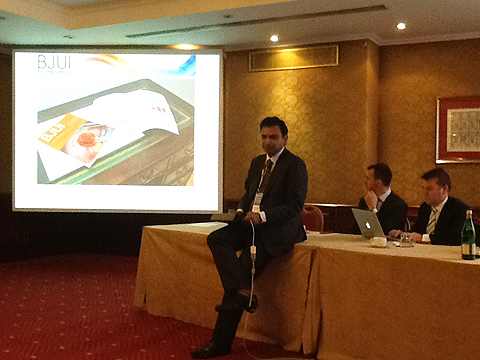 One other highlight from the plenary was provided by Dr Shahrokh Shariat who presented evidence to support the use of partial ureterectomy instead of nephroureterectomy for patients with upper tract TCC. In a large, retrospective, multi-institutional study, using matched-pair analysis, they reported that segmental ureterectomy provided similar oncological and renal functional outcomes when compared to nephro-ureterectomy. 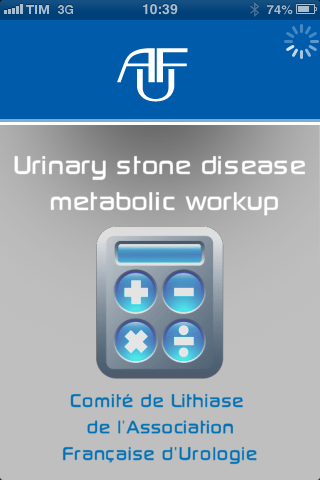 Three back-to-back poster sessions on stone disease covered the topics from basic science to ESWL, ureteroscopy and PCNL. Olivier Traxer’s group presented their comprehensive series of classifying complications in flexible uretero-renoscopy using the modified clavien grading system. They reported on over 1000 patients and this data will provide a contemporary benchmark for us to advise our patients on the expected incidence of these complications. Dr András Hoznek reported a new online programme (also available from the Apple AppStore) for the metabolic work-up of stone disease.

This is an area that traditionally urologists have done poorly and it is hoped that innovations such as this will ensure a standardisation of investigations and it is hoped that future developments will allow patients to analyse their diet and fluid intake to make individual recommendations (personal communication O.Traxer). There was much debate about the use of simulators for PCNL and Mahesh Desai chairing the session commented that this is surely where the future lies in training young urologists. Finally, Lucarelli et al. reported on functional renal loss after iatrogenic injury causing obstruction to the upper urinary tract. They confirmed 1970s animal experiments that there was a clear benefit to dis-obstruction within 2 weeks compared with delayed treatment using both eCrCl and MAG-3 renograms.

Continuing a recurrent theme for this year’s EAU Annual Meeting, Dr Inderbir Gill and Dr Mike Jewitt debated the role of surveillance versus surgery for the management of small renal masses. Clearly there is a role for surveillance here, especially in older patients, but until there is more certainty about the precise nature of these masses based on better imaging and biopsy strategies, then partial nephrectomy will remain the standard here. This image of Dr Gill tweeted out by @hendrikborgmann shows him somewhat impressed about the idea of not doing surgery! 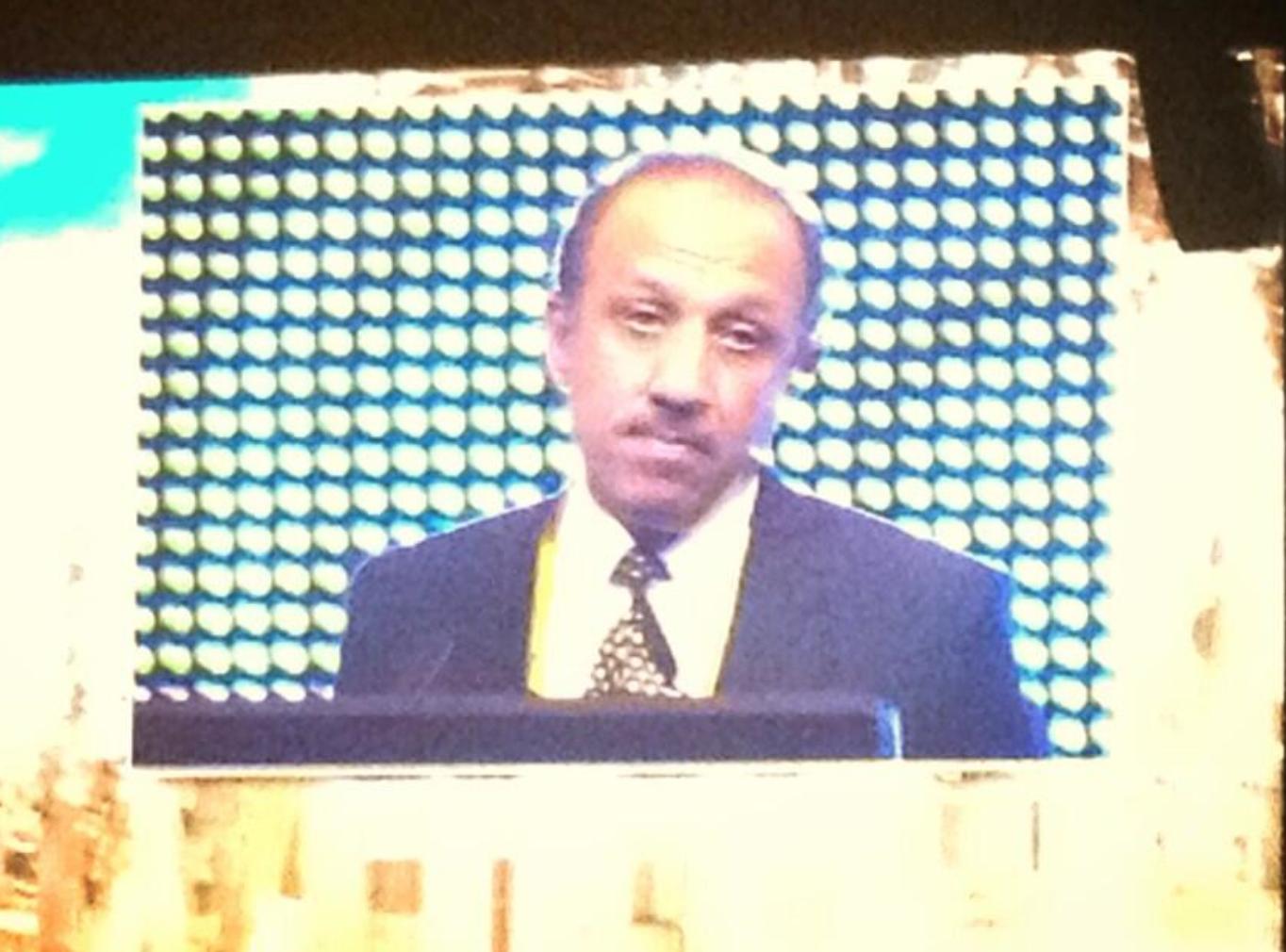 Watch out for more contention today as Dr Gill debates Dr Alex Mottrie over laparoscopic versus robotic-assisted partial nephrectomy. We have already seen much minimally-invasive partial nephrectomies at this year’s meeting thanks to the various video and live surgery sessions. Ben Challacombe was not happy with the blood loss during conventional laparoscopy on show yesterday and clearly thinks the robot is the answer! 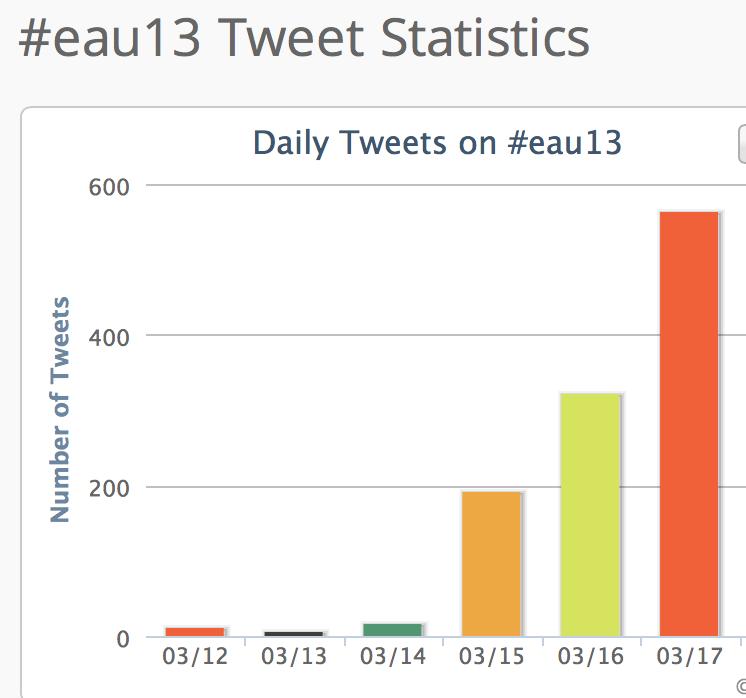 After resolution of some teething issues with the complimentary wifi that EAU provide at the meeting, delegates and those watching from further afield really got the conversation going throughout the day and there was a constant stream of commentary and humour streaming out using the #eau13 hashtag. Organisers of major urology meetings should take note of the fact that social media will be increasingly embraced and having good wifi access (complimentary please) throughout the venue will be considered essential by smart-device-wielding delegates.

More from the team tomorrow!