Blog - Latest News
You are here: Home1 / BJUI Blog2 / Prophylaxis against the Paradox of Choice? 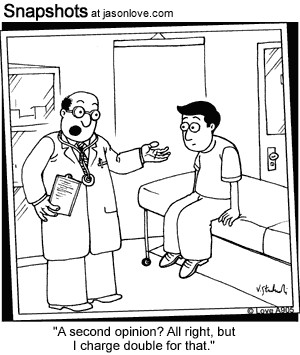 My wife recently dropped and smashed her iPhone screen. She didn’t have insurance, and on consultation with her phone provider was told that her only option was to purchase another phone as she was locked into a lease contract. Our initial annoyance was then amplified when we discovered that we could just have the screen fixed privately for a fraction of the cost and effort, which we duly had done.

I began to think of the old Henry Ford adage (1910) in relation to his legendary Model-T edition car “You can have it in any colour as long as its black”, and wondered how often we as urologists might be criticized of adopting a similar approach with patients in their clinics.

Urology has always been a very progressive surgical specialty. Developed in 1909, TURP was the first successful, minimally invasive surgical procedure of the modern era. The first laparoscopic nephrectomy for a renal mass was carried out in 1991 in Johns Hopkins, surprisingly around the same time as the development in robotic (PROBOT) technology for use in urology (Murphy et al. 2006). As technology advanced, fellows and consultants became more sub-specialized in tandem with this change, leading to the large repertoire of treatment options and modalities available today. However, somewhere along the way with the vast change in the playing field, there appeared a concerning pattern of failure to discuss all treatment options with patients, or to refer them to other institutions which may/may not have provided an alternative treatment path. This trend, which is not oncology-specific, can be seen across a number of sub-specialty areas such as the management of renal masses, PUJ obstruction, radical prostatectomy, reconstruction post cystectomy, and even in paediatric urology with hypospadias repair being a classic example.

The question remains as to the reasons why one would not choose to cross-refer. Allowing for variables such as patient choice or consumerism, non-established or experimental procedures, and for urologists that may be financially or institutionally coerced into only providing certain treatments, the concept of not providing cross-referral brings into question whether this is perhaps down to financial considerations, a belief that referrals will not be reciprocated back, leading to a reduction in patient base and de-skilling, or a strong sense of paternalism where the urologist genuinely feels that they can offer a superior treatment package. This theme has previously been shown by Miller et al. who described how many patients with kidney cancer were offered treatment based on the surgeon’s practice style rather than on the characteristics of their disease.

However, given a choice of a number of options, it has previously been shown many times, that patients are more likely to build a strong rapport with the first specialist clinician they meet, and therefore likely to revert back to the first treatment option. Perhaps a lack of cross-referral is based on a pre-emptive sense of patient autonomy. Often the greatest power of autonomy is relinquishing it, and letting the consultant decide the best course of treatment offers the greatest solace. Despite the optimism and favorability of newer technology and techniques, and a general demand for minimally invasive procedures (Duchene et al. 2011), no-one is simply advocating technology for its own sake, or that a robotic-assisted circumcision could be currently seen as acceptable, however the idea of communication, cross-referral and the confidence in asking for further sensible treatment options should always be embraced.

In many ways, our annoyance with the mobile phone screen could have been avoided had the mobile provider been honest, and provided us with further options. It may not have stopped us from fixing the screen elsewhere due to institutional constraints however; a rapport and confidence would have been maintained.

One would do well to find a specialty in which the addition of a constructive (competitive) second opinion has not driven progress. Cross-referral is not a matter of failure, nor a lack of progress, but a continued determination to ensure the highest level of patient care available, to improve patient perception of the specialty as one committed to open communication, and a means to foster concrete inter-institutional relationships. Should we have to document that a second modality opinion was at least sought by the specialist, or waived by the patient?

“The single biggest problem in communication is the illusion that it has taken place” – G.B. Shaw

Article of the week: Outcomes of PCNL in England