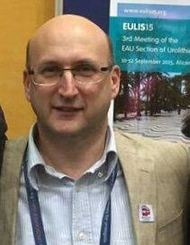 The articles beneath headlines in the media relating to medicine rarely contain anything truly revolutionary or even anything particularly new despite what the headlines might have suggested.  We have all seen headlines promising a new cure for cancer, condemning an individuals practice and suggesting they are a charlatan and articles suggesting doctors are under-treating patients and depriving them of life changing care or over-treating patients and wasting and misusing limited resources.  More often than not the hyperbole of the headlines fail to truly represent the truth.  What is claimed to be new turns out to be old news, cures for cancer never show the results that were promised, and the extremes of over or under treatment are never quite as extreme as suggested.

A week or two ago we have seen the newspapers filled with headlines about a list of 40 treatments or tests that form part of current practice that are deemed unnecessary.  This list was originated from the ChoosingWisely group, an American group now established in the UK.  This organisation encourages both patients and clinicians to question what they are doing and whether certain processes or interventions are wise, necessary and appropriate resource efficient.

Much of the recommendations on these lists in these sites are undoubtedly true and worth looking at to make sure your practice is mainstream although much of the advice is old and well established.  The AUA has 10 recommendations on the US based Choosingwisely.org website the vast majority of which are simply current practice (don’t do a bone scan in men with low risk prostate cancer), however one or two make me feel uncomfortable and one or two differ on the UK and US websites.

The recent headlines were predictable –  ‘40 common treatments and tests that doctors say aren’t necessary‘ & ‘Senior doctors condemn 40 treatments and tests as being of little or no use‘. Among the advice that reached the headlines obtained from the UK site (choosingwisely.co.uk) was the statement ‘Unless a patient is at risk of prostate cancer because of race or family history, PSA based screening does not lead to a longer life’.  The UK site has also commented on the use of chemotherapy in ‘advanced’ cancer saying it may not be appropriate – also evidently true.  The US site includes the recommendation that creatinine is not measured in men with benign prostate disease and minor lower urinary tract symptoms.

One particular problem with these public health, committee lead recommendations and advice is that treating populations is easy.  Populations don’t sue public organisations, individual patients sue individual practitioners and therein lies the nub.  What may be right as an idea – not measuring creatinine in men with low grade LUTS – is fine until the chap who has significant renal impairment walks in to your clinic and asks you why you didn’t measure his creatinine when he saw you a year ago.   Not measuring a PSA seems fine until the patient with missed prostate cancer reappears and suggests he asked you about testing his PSA, but as he had no family history and wasn’t black you told him it wasn’t necessary;  you showed him a website and explained to him we’d be wasting resources if you tested his PSA.   He may not understand that the delay may not have impacted on his survival.  Patients don’t hear that if they perceive there has been a delay in establishing a diagnosis.

Treating individuals, caring for the person across the table from you is very different from making pronouncements about populations.   It’s easy to recommend that chemotherapy is not used, until you are the one being offered a chance, if only small, of being offered some hope and a chance of survival.

I recognise that resources are not endless and that it is right for clinicians and healthcare workers in all sectors to think about how resources are used. The problem however is that the user of healthcare resource – the patient – wants their care to be lowest risk, independent of cost, and increasingly they are resorting to using legal channels if they perceive that care has been anything other than perfect.

Of the men on those panels not recommending use of PSA, I wonder how many of them would refuse to have it checked, or indeed would refuse chemotherapy if it was their only, if slim, hope?