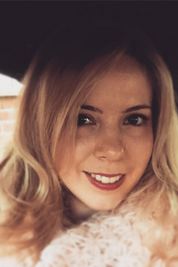 The urology section of the RSM left Wimpole Street and travelled up to sunny Queen Elizabeth Hospital in Birmingham on the 24th April to be educated in the ‘Management of Non-Muscle invasive and Muscle Invasive Bladder Cancer’. This meeting was organised in collaboration with Nick James and Rik Bryan at the Birmingham Warwick Uro-Oncology unit as the RSM looks to add to its regional programme of teaching days.

The meeting was well attended by both experts as well as trainees and we kicked off with John McGrath and a review of the evidence behind current haematuria investigations as well as the new NICE guidelines. Professor Charles Hutchinson from the University of Warwick then gave a detailed talk on pre-operative imaging in bladder cancer and this led to an interesting debate on the necessity of performing a full TURBT in cases of known muscle invasive disease if the patient will ultimately require a cystectomy. No consensus was reached although if definitely proceeding to cystectomy it is unlikely to be beneficial. If radiotherapy is considered then debulking is important.

Eva Comperat from the Service d’Anatomie and Cytologie Pathologiques du Pr Capron presented a fascinating histopathological perspective of bladder cancer and it was interesting to see that even amongst eminent pathologists there can be challenges in distinguishing pTa from pT1 disease with only 44% in one large study showing full agreement. The importance in reporting histological variants such as micropapillary or plasmocytoid was discussed due to the aggressive nature of these types and the need for more radical treatment. This was also re-iterated by Peter Rimington while discussing early cystectomy which should be offered to all suitable patients at high risk of progression according to EORTC tables, especially in young patients and in tumours which are multifocal, difficult to resect, have deep lamina propria or prostatic involvement and those with associated CIS.

A highlight for me was Professor John Kelly’s talk on the treatment option of hyperthermic Mitomycin C. HYMN Trial.

Data from the HYMN trial which looked at hyperthermic MMC vs. standard treatment in BCG failures was disappointing in that there was no difference in terms of disease free survival at 24 months. Outcomes were found to be worse in patients with CIS, but in patients with papillary disease, hyperthermic MMC had far more favourable results. This has led to the HIVEC I and HIVEC II trials currently recruiting in the UK and Spain looking at standard MMC vs. hyperthermic MMC in intermediate risk disease. It was also interesting to see new immunotherapy drugs currently in phase III trials which will hopefully be available in the near future.

Rik Bryan’s presentation on the evolving role of bio markers explained that the Bladder Cancer Diagnostic Programme had found that contrary to our beliefs, patients trust, and would rather accept certainty over burden and thus would rather continue with cystoscopic surveillance over bio-markers, unless the sensitivity of these bio-markers was over 99%. No such bio-marker has yet been found to be that accurate but current research into odor-readers, urinary dipsticks and DNA all look promising in terms of potential for both diagnosis and prognosis. 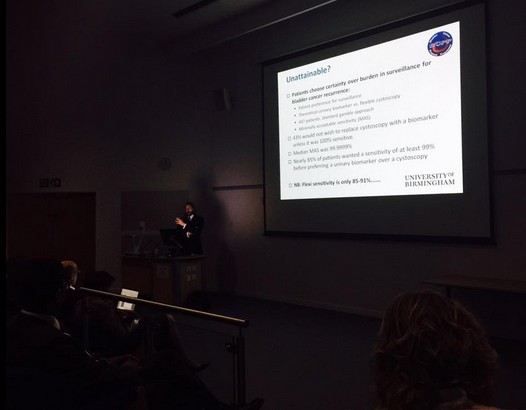 Both Nick James and Hugh Mostafid highlighted current research trials with the CALIBER RCT on chemo resection in recurrent low risk bladder cancer as well as the PHOTO trial looking at both clinical and cost effectiveness of photo-dynamic cystoscopy leading the way in terms of surgical trials currently recruiting. Nick also caused a stir on Twitter as he presented data showing a median survival advantage of more than a year between surgeons performing low or high volume of cystectomies annually. Surely we do not need more convincing evidence to centralise such surgery? 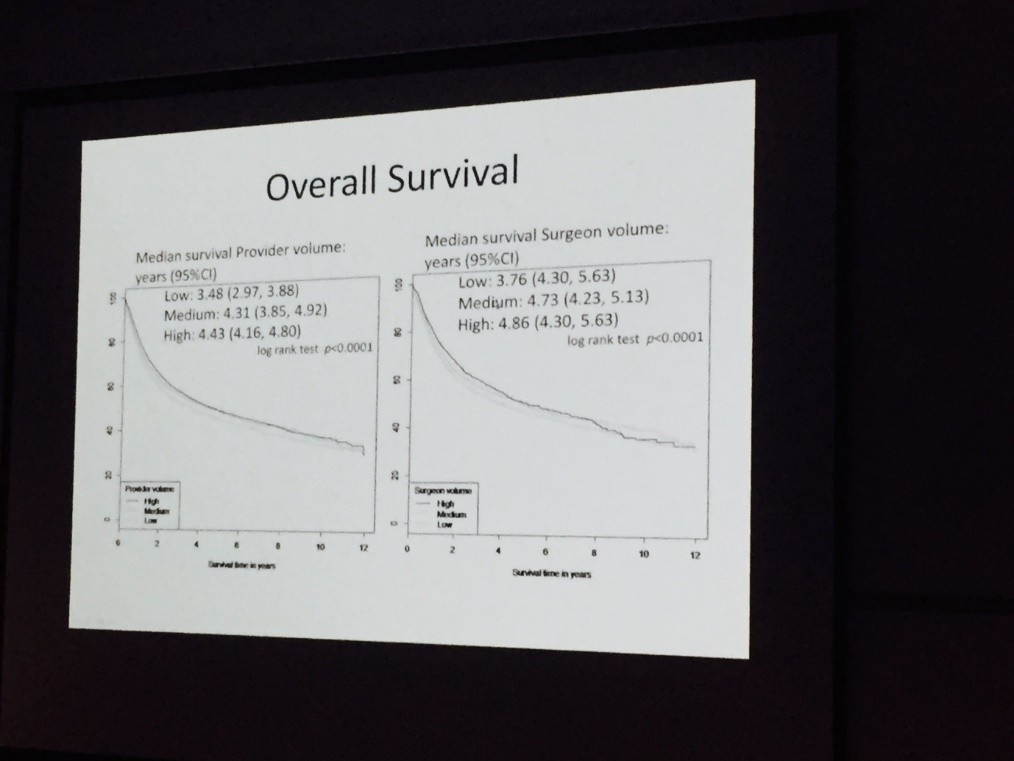 Reviewing bladder cancer from the oncologist’s perspective, Syed Hussein from the University of Liverpool explained that although there is a 6% overall survival benefit with neo-adjuvant chemotherapy there have been no RCT on MVAC vs gemcitabine/cisplatin regimes. Nick James’ talk on bladder preserving treatment added to this that synchronous chemoradiotherapy could be complementary to neo-adjuvant treatment and the addition of synchronous chemotherapy has been shown to provide a significant improvement in terms of loco regional control.

Vijay Ramani presented his series on salvage cystectomy with no significant difference in terms of complications for salvage vs. primary surgery as long as certain techniques were adopted such as division of ureters outside of the pelvis and using bowel at least 15-20cm proximal from the ileocaecal valve.

To complete the diverse and stimulating programme, Professor Peter Wiklund from the Karolinska University Hospital, Stockholm, presented a state of the art lecture on “Reconstruction rules! The robot has taken over?”. With discussion and impressive videos demonstrating intra-corporeal robotic neobladder reconstruction it was difficult not to be in awe of such an impressive series, with a 90% continence rate in males.

Overall it was fantastic to have the RSM in the West Midlands. Roger Plail has done much to reach out to those of us outside of London and I look forward to the Geoffrey Chisholm Prize Meeting and AGM on the 22nd May in Hastings. RSM President’s Day.

Video: Is silodosin your best option when selecting the right α-blocker?
Scroll to top