Blog - Latest News
You are here: Home1 / BJUI Blog2 / Surgery is Not Normal 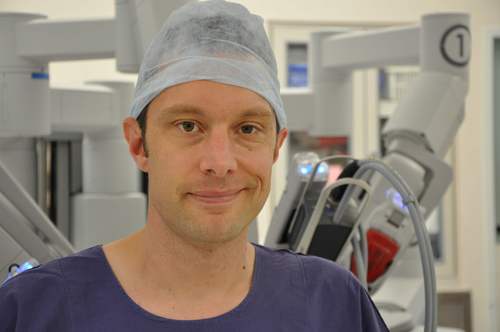 The man was unconscious on the operating table, in lithotomy position and fully prepped for the major extirpative surgery which he was about to undergo. Four of us from different surgical specialities stood around his nether regions with arms folded, having all done a very thorough bimanual examination. We were discussing whether his recurrent colorectal cancer felt mobile enough to get away with a posterior exenteration, or if all the pelvic organs had to go. As we considered the physical exam findings it occurred to me that this was not a normal situation. I looked at the patient and said to the head of Colo-Rectal surgery, “you know, in some workplaces people discuss things around the watercooler”. All of a sudden the stark reality of this bizarre situation was apparent as it might be to the casual observer.

Surgery is not normal, and neither are surgeons.

Surgical training is not normal. Much has been written about the unique legal status that medical trainees have, whereby they may dismember dead human bodies with impunity in the course of their education. As training progresses we are not only allowed, but expected to assault people with an array of sterilized weapons, so long as we expect that they will be better off for it. Only a fool would promise this will definitely be the case of course. Less has been written about the fact that it is not normal to be occasionally scolded in your workplace like a school kid and given “homework” in your thirties. It only seems normal because our colleagues seem to accept it.

That surgeons are not normal, I believe, is both self-selection and indoctrination.

Even the kindest, most humane surgeons have steel beneath the surface in my experience. At best, this is only revealed when advocating for a patient, such as demanding theatre access for an urgent after-hours case, but at worst…we have all met that surgeon. Almost all of us have surely had to grit our teeth late one night performing a procedure at the limit of our ability, unable or unwilling to call for help. Timid people do not self-select for surgery. In most countries the process requires an at least somewhat forceful personality to get through selection interviews. A certain drive is required to jump through the necessary hoops and survive the long hours and emotional trauma of the training. Once training begins, as is the case in the military, the majority of waking hours are spent with colleagues in the same environment, but sometimes in different locations. No-one on the outside truly understands the unique demands on the individual. Survival tips are shared, but competition is fierce even when unspoken. Even closest friends can be an obstacle to getting enough experience.

My non-medical father called me one evening some years ago and asked how busy I was. I told him “not bad”, I just had to knock out an appendix and I was almost done. He was taken aback by what seemed a cavalier attitude to what must be a frightened 18 year old about to undergo an anaesthetic for the first time and have his belly cut into. If you are a surgeon, it is understood that no-one has the emotional resources to care this much for every one of the endless multitude of people we treat. I care very much about doing my job as well as I can, but out of necessity I do not routinely involve myself in their personal drama. This would impact my ability to make them better.