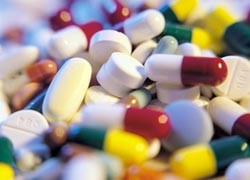 For those pop enthusiasts amongst you, “The drugs don’t work” – the year was 1997; The band: The Verve.  For those more urologically minded, you will immediately be thinking of the recent publication in the Lancet reporting on the use of tamsulosin and nifedipine vs. placebo for the medical expulsive therapy (MET) of ureteric stones. Current national (BAUS) and international (EAU guidelines) recommend the use of MET, usually with an alpha blocker – and often tamsulosin, and it has certainly become common practice in most Emergency and urology departments certainly across the UK and likely worldwide.

There have however always been doubts regarding the use of these with many small heterogenous studies with variable inclusion/exclusion criteria, various blinding protocols and suspicion of publication bias when only positive trials get published. Regardless, the clear outcome from the Hollingsworth meta-analysis was that both alpha blockers and calcium channel blockers are effective for helping stone passage and so they crept into routine clinical use. This trial should change all of that with headline results:

Aren’t those all the reasons we prescribe them? The first question of course is whether this trial is accurate. It certainly is a large trial with 1167 patients, randomised to the three double-blind arms in 24 centres in the UK. The trial (like many modern studies) is described as pragmatic. This has pros and cons. The advantages are that it replicates real life clinical practice allowing for variations in decision making (e.g. follow-up imaging in this paper) thus making it generally applicable. The downside of course is the lack of precision that this can introduce with stone passage possibly being only patient reported, or based on ultrasound, plain x-ray, IVU or CT. I guess we have to decide which type of trial we prefer, although it would be very difficult to mandate CT follow-up, with concerns about radiation safety, in this trial if that isn’t part of routine practice. Thus maybe this study is actually applicable to the vast amount of units around the world.

Secondly did it include the right type of patient? Well the current guidelines suggest using MET for any stone measuring up to 1cm in any part of the ureter … and that is what this trial did. And this is thus a strength given that it didn’t just focus on the distal ureter. Thus the trial population seems reasonable. One possibility is that if MET only works in the distal ureter (as almost all the studies only look at this), this could this explain the negative findings. Sub-group analysis of this based on location or stone size seems to suggest not unless it was underpowered to show a difference for this cohort of patients.

Whilst the odds ratios (see table) seem clear, the Forest plot shows the breakdown of subgroup by sex, stone size and location. Whilst not statistically significant, this does suggest a trend towards favouring MET for lower ureteric stones. 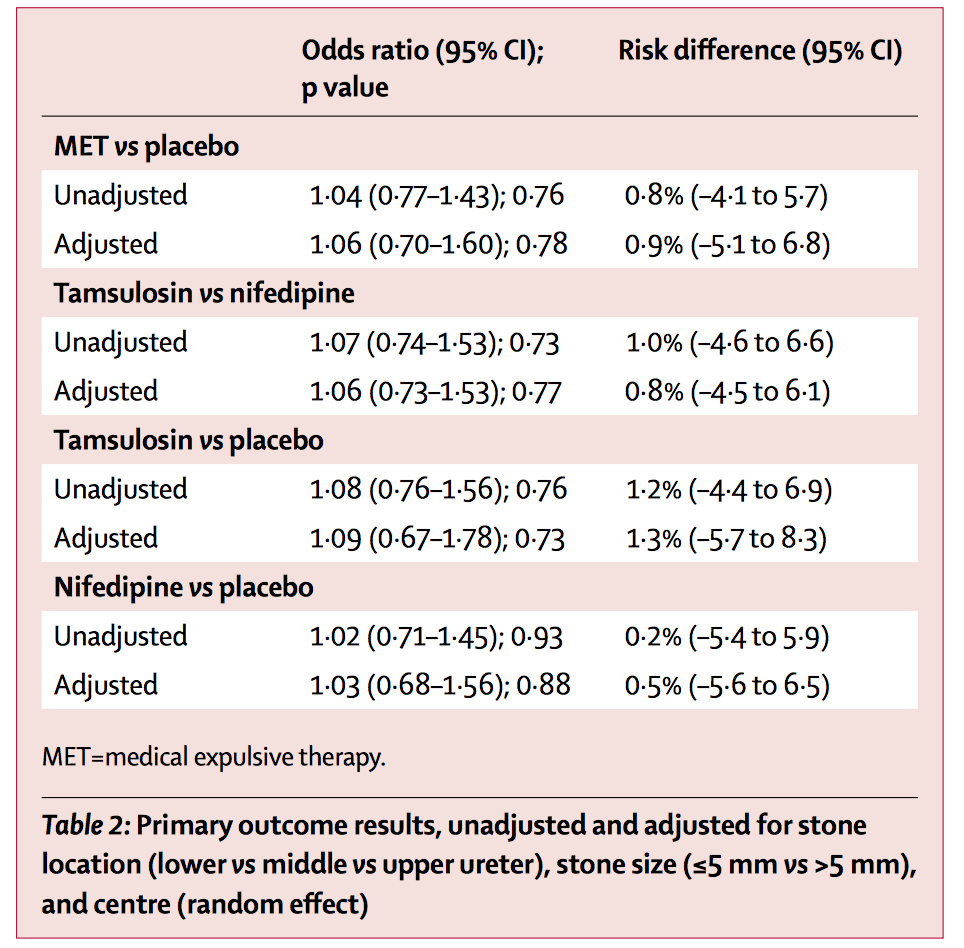 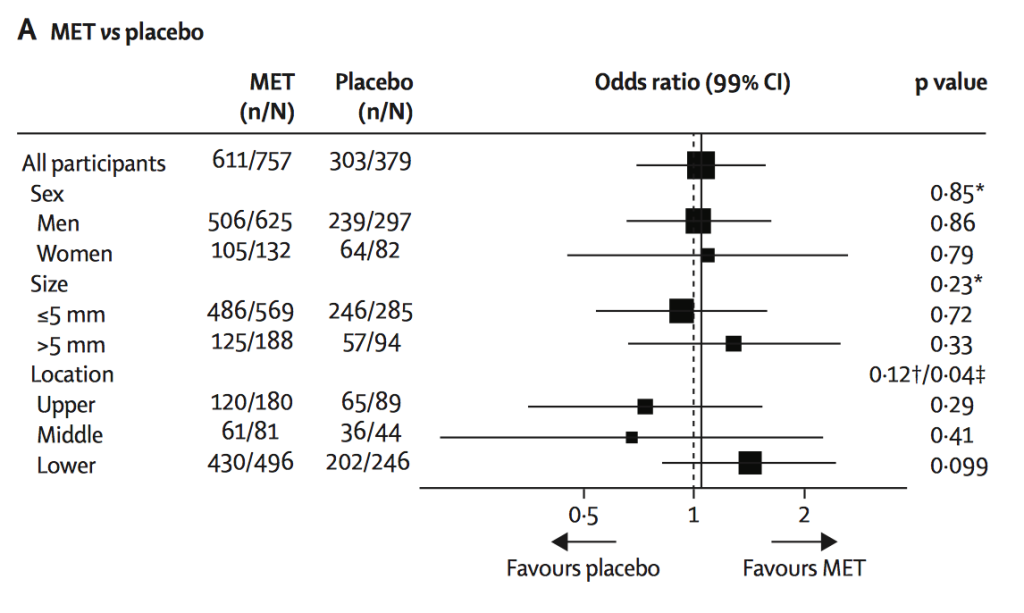 Thirdly, is it possible this trial is wrong … a type II error ? Well of course anything is possible, and the trial may be criticised for the follow-up mentioned above. However it does seem to provide easily the best evidence to date. Thus why has the use of MET been allowed to become routine practice based on a number of small trials all introducing inherent bias which is then amplified when a meta-analysis is performed. I guess it was the best evidence around at the time although it makes you wonder how many other interventions there are that we currently use that are based on smallish trials, and would they actually stand up to the rigour of a well conducted big multicentre trial?

My last question is will this change practice again? Well it should, but with no alternative (except time, fluids and NSAID’s) to offer patients with ureteric stones and given that alpha blockers are usually well-tolerated, I wonder whether people will continue to prescribe MET for the foreseeable future. But if we believe in evidence based medicine, and we do, then surely we should no longer prescribe MET for ureteric stones which after all is an off-licence indication.

Finally congratulations must go to the NIHR and the research team for answering a very important clinical question. Was the whole ‘MET’ story a placebo effect all along … or to quote another less well known song title from The Verve, was it “All in the mind”? The conclusion from this excellent study has to be yes.

Conflict of interest: Acted as PI for Guy’s and St. Thomas’ Hospital for this trial recruiting patients although have no part of study design, data analysis or publication.