October’s #urojc discussion marks a number of important milestones– not only the 1st anniversary of the online, international Twitter-based Journal Club, but this month we reached 1000 followers on Twitter – an achievement indeed! We also saw a record number of participants in demonstration of the #urojc concept going from strength to strength.

Fittingly, this month’s paper “The Surgical Spectacle: A Survey of Urologists Viewing Live Case Demonstrations” by Elsamra et al, with free online access provided by BJUI for the duration of the discussion, looks not so much at advances in our theoretical knowledge but rather at the way technological advances are changing our ability to obtain surgical ‘know-how’. 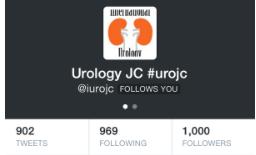 Elsamra et al undertook a survey of all those who attended the live surgery sessions at the Atlanta AUA Meeting in 2012 and the 2013 Paris 3rd International Challenges in Endourology Meeting, to gauge the perceived educational benefits of live case demonstrations (LCD) particularly when compared with taped case demonstrations (TCD). There were a number of problems highlighted in the paper itself:

Interestingly, while 78% of survey respondents felt that LCDs were ethical and only 26% that interactive discussion may lead to distraction of the surgeon and potential morbidity, only 58% would allow themselves or a family member to undertake their own surgical management as an LCD.

Live case demonstrations are by no means a new concept – they have been undertaken since the advent of surgery for the purpose of education and learning. 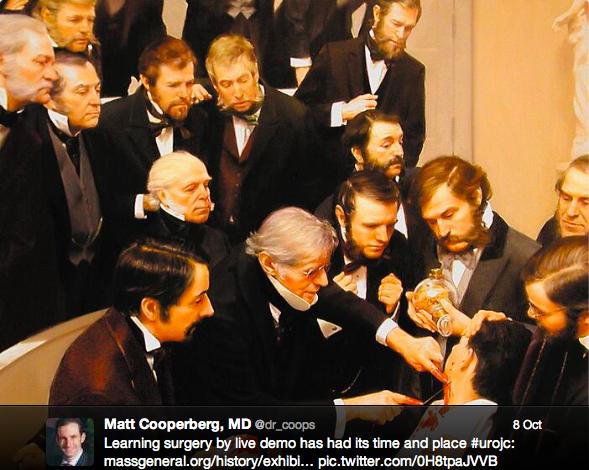 Recent innovations have seen a blowout in the size of the viewing audience, with live streaming to conference audiences and potentially worldwide viewers, live tweeting and more recently, as pointed out by Dr Brian Stork, the use of Google Glass for both live surgery and the purpose of remote assistance. LCDs have become the drawcard of many surgical conferences, are often the most packed sessions, arguably for the educational benefit and more importantly for the buzz and thrill of seeing ‘the masters’ deal with difficult situations in real time… while answering questions from the audience simultaneously… “so that bleeding sir, where is it coming from exactly?!?!”

It seems that there is no argument that case demonstrations are of great educational benefit and there are some perceived advantages of live vs taped sessions, as summarized by Amrith Rao in a recent BJUI blog.

The vast majority of those involved in this #urojc discussion, however, seemed to suggest that it was hard to argue that the benefits of LCD outweighed those of TCD. Are we simply promoting a surgical circus? Does the perceived stress of operating to a live large audience have a potential negative impact on patient outcomes? Declan Murphy has already blogged about his own personal experience with LCD.

As for the ethical conundrum regarding the patient?

As suggested by Henry Woo:

In 2012 the EAU released guidelines with respect to the use of live case demonstrations within its own jurisdiction. Importantly, this has highlighted the need for regulation by means of submitting outcomes to a data registry, so as to provide a means of analyzing complications and patient safety outcomes.

Position statements or guidelines have also been released by the Royal College Surgeons (UK), American Urological Association and the Royal Australasian College of Surgeons, to name a few.

Where to from here? Will we continue the trend for ‘reality TV’?

There is certainly evidence out there to suggest that recording of basic operations and comparing with peers is potentially a useful means of assessing surgeon proficiency.

I think it very much remains a case of watch this space! 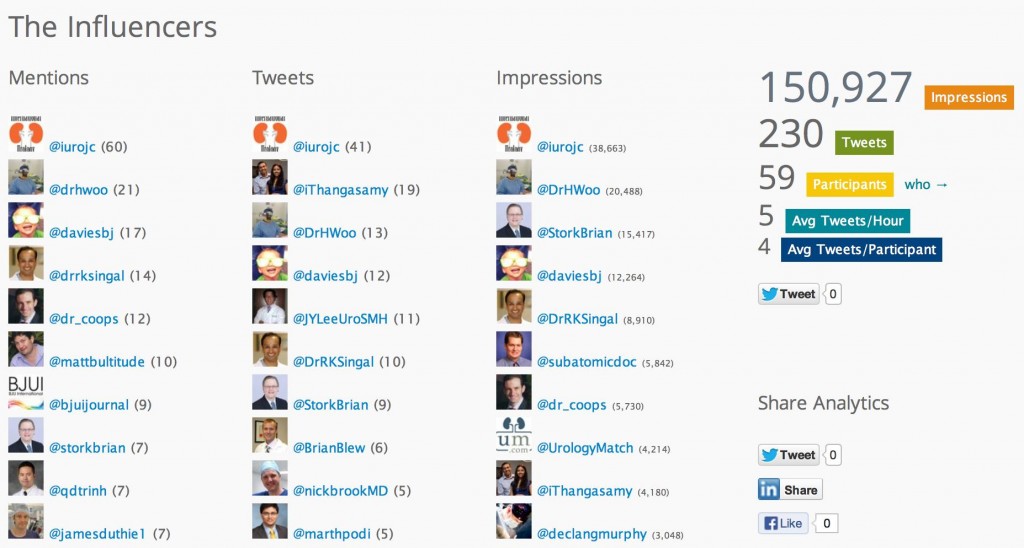 Video: Upstage, downstage: the spotlight on FDG-PET/CT for managing bladder...
Scroll to top