Blog - Latest News
You are here: Home1 / BJUI Blog2 / Where we are with screening and risk prediction for prostate cancer in... 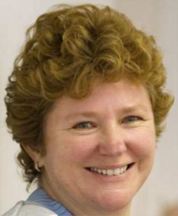 The rate of PSA-based screening over the last 35 years can be compared with driving your car from the Netherlands to Italy. It starts with a rather ﬂat drive, perhaps a few hills in the Southern part of the Netherlands, which represents the rate of PSA screening in the late 1980s. Moving with high speed through Germany, one gradually climbs to higher altitudes, i.e. the rate of PSA testing in the 1990s. Then the high (but very difﬁcult to drive) summits and beautiful valleys of Switzerland are there, representing PSA testing practices in the new millennium and the decline in metastatic disease and related mortality [1]. Finally, we descend to Italy’s Po valley, comparable to PSA testing rates, especially in the USA after the recommendations of the USA Preventive Services Task Force [2,3].
The question is what will we do next? Will we take a left turn and slowly disappear into the sea like Venice? That is, returning to a situation where one out of two or three men died from their prostate cancer? [4] Or will we stop our car, look behind, see the beautiful landscape and return taking the Gotthard road tunnel, avoiding spillage of petrol (i.e. unnecessary PSA testing and potentially harmful prostate biopsies) and go straight to the valleys of Switzerland?
The ﬁrst option is obviously not the way to go. Unfortunately, the recommendation to stop the use of the PSA test as a screening tool is a direct consequence of the rapid and uncontrolled uptake of the test, often followed by a random biopsy resulting in over-diagnosis and subsequent overtreatment. However, there are ample tools available to turn this situation around and reduce the negative effects of prostate cancer screening [5,6].
An example of such an approach can be found in the publication of Poyet et al. [7] in this issue of BJUI. In this study, the investigators validated updated versions of two multivariate risk-prediction tools, i.e. prostate cancer risk calculators (RCs), in a cohort of 1996 men all biopsied (6-, 8- or 12-core random biopsy) on the basis of an elevated PSA level or abnormal DRE. The data showed that both RCs outperformed the PSA/ DRE-based strategy in reducing unnecessary testing, and in addition avoided over-diagnosis. As said, this approach is one of the many opportunities to reduce the negative aspects of PSA-based screening all summarised in the different guidelines [8]. Reading these guidelines, it soon becomes clear that it is known that repeatedly testing men with low PSA levels is useless. It is known that screening men with a limited life expectancy will only cause harm, and that simply repeating a prostate biopsy after a negative biopsy result (i.e. no prostate cancer detected) is not the way to go. And yet, this is what we see happening in daily clinical practice [9,10].
So, where are we with prostate cancer screening and risk prediction in 2016? We are in a situation that we know that we can reduce suffering and death from (metastatic) prostate cancer, with early detection and treatment, but that we have to selectively identify men that can actually beneﬁt. The latter is realistic if we start to implement the knowledge we have acquired over recent decades.
Monique J. Roobol
Department of Urology, Erasmus University Medical Center, Rotterdam, The Netherlands
References
1 Schroder FH, Hugosson J, Roobol MJ et al. Screening and prostate cancer mortality: results of the European Randomised Study of Screening for Prostate Cancer (ERSPC) at 13 years of follow-up. Lancet 2014; 384: 2027–35
2 Moyer VA; U.S. Preventive Services Task Force. Screening for prostate cancer: U.S. Preventive Services Task Force recommendation statement. Ann Intern Med 2012; 157: 120–34
3 Banerji JS, Wolff EM, Massman JD 3rd, Odem-Davis K, Porter CR, Corman JM. Prostate Needle Biopsy Outcomes in the Era of the U.S. Preventive Services Task Force Recommendation against Prostate Speciﬁc Antigen Based Screening. J Urol 2016; 195: 66–73
4 Hsing AW, Tsao L, Devesa SS. International trends and patterns of prostate cancer incidence and mortality. Int J Cancer 2000; 85: 60–7
5 Roobol MJ, Carlsson SV. Risk stratiﬁcation in prostate cancer screening. Nat Rev Urol 2013; 10: 38–48
6 Emberton M. Doubling our precision of risk stratiﬁcation in early prostate cancer: too good to be true? BJU Int 2016; 117: 8–9
7 Poyet C, Nieboer D, Bhindi B et al. Prostate cancer risk prediction using the novel versions of the European Randomised Study for Screening of Prostate Cancer (ERSPC) and Prostate Cancer Prevention Trial (PCPT) risk calculators: independent validation and comparison in a contemporary European cohort. BJU Int 2016; 117: 401–8
8 Loeb S. Guideline of guidelines: prostate cancer screening. BJU Int 2014; 114: 323–5
9 Nordstrom T, Aly M, Clements MS, Weibull CE , Adolfsson J, Gronberg H . Prostate-speciﬁc antigen (PSA) testing is prevalent and increasing in Stockholm County, Sweden, Despite no recommendations for PSA screening: results from a population-based study, 2003-2011. Eur Urol 2013; 63: 419–25
10 Drazer MW, Huo D, Eggener SE. National Prostate Cancer Screening Rates after the 2012 US Preventive Services Task Force recommendation discouraging prostate-speciﬁc antigen-based screening. J Clin Oncol 2015; 33: 2416– 23

Correction: The word “their” was added to this sentence to clarify its meaning: “That is, returning to a situation where one out of two or three men died from their prostate cancer? [4]”