Blog - Latest News
You are here: Home1 / BJUI Blog2 / While you slept: bad behaviour and recording in the operating room 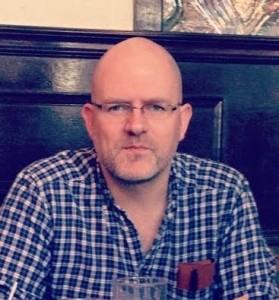 A head-shaking story of operating room unprofessionalism has been making the rounds on news services and social media, as an unsuspecting patient inadvertently recorded audio during his colonoscopy, only to hear his person and personality belittled by the operating room staff while he was anaesthetized. The heat has fallen mostly on one anesthesiologist, but none has escaped rightful scrutiny.

The anesthesiologist of the day quipped to the newly asleep patient “after five minutes of talking to you in pre-op, I wanted to punch you in the face and man you up a little bit.” The OR team mocked a rash the patient had noted, alternately joking that it was syphilis or “tuberculosis of the penis”. “As long as it’s not Ebola”, remarked the surgeon. The case went to court and the patient was ultimately awarded $500,000US.

On reading the story and the clearly ghastly banter among the team, no doubt the first response would be along the lines of “they actually said those things?!”. I suspect, however, that more than a few surgeons’ gut reaction might have been “he heard what they were saying about him?!”, followed by squirming in one’s seat and the sudden recollection of a dozen blithe comments in one’s own ORs. This incident opens several proverbial cans of worms that merit some thought.

Clearly, this particular debacle is a no-debate-needed case of unacceptable behaviour, and the solution is simple: don’t do that! We have spent much energy in the past years establishing ground rules for online professionalism, but of course the rules of decorum have always applied in the material world as well. Recording or no recording, there is simply no place for mocking of patients, awake, asleep or in absentia.

As surgeons, and urologists perhaps in particular (with our warrant to investigate and operate on urogenital complaints), this provides a stark reminder about our own behaviour, when the audio isn’t being recorded. Ask yourself if you have openly lamented the challenges of operating within a morbidly obese patient’s pelvis or retroperitoneum, snickered or gasped at the enormity of a hydrocele or penile tumor, or glibly eulogized a torted or cancerous testicle.

A question then becomes, what is acceptable and unacceptable in the operating room? Are all off-topic conversations unacceptable? Given the intensity of surgery and the OR, is there room for joking and banter to decant some stress? My personal thought is that black-and-white dictates and zero-tolerance policies usually (read: usually) only serve to absolve us of having to actually think about issues, and that grey areas exist in most settings. Levity in the OR is no different, but caution and forethought are critical.

The other issue that clearly arises is that of recording within the OR during surgery. There are doubtless advocates of each extreme, from the sanctity of the theatre to full access to video and audio. We have all had patients bring recorders into the clinic room – does the Hawthorne effect improve our behaviour or our care, or does the added scrutiny lead to hedging, indecision or ambiguity on the part of the physician? You can see both sides play out in this post and its comments. Recording in the operating room is on a completely different level than clinic discussions, however. Aside from the content of conversation within the operating room, the complexities and individuality of each procedure and the thought of a second-by-second parsing of technical detail by non-expert patients seems to make this a totally unwieldy proposition. On the other hand, are the assumption of basic ethical standards and a post-op chat enough “data” for a patient to really understand all of the relevant details of their care? What about recording for skill development or assessment? Much has been written here as well.

The patient/plaintiff in this case was clearly subject to a debasement none of us deserves or would wish on ourselves. Reading and hearing this OR team’s contempt for their patient is a graphic reminder of what this behaviour can descend to unchecked, and hopefully a course-correction for surgeons, nurses and anaesthesiologists who hover on or over “the line”. As for its window into the merits of recording, the issue gets no clearer.

Mike Leveridge is an Assistant Professor in the Departments of Urology and Oncology at Queen’s University, Kingston, ON, Canada. @_TheUrologist_