Case Report
A 31-year-old Indian male with a known history of metastatic papillary thyroid cancer was referred for investigation of intermittent gross haematuria. The patient was first diagnosed with PTC at age 4 and was treated with subtotal thyroidectomy, followed by radioactive iodine (I-31) therapy. The patient underwent a second course of radioactive I-31 therapy several years later for metastatic disease to the lungs and eventually underwent a total thyroidectomy in 2007. He received a third course of I-31 infusion in 2009 followed by trial of sunitinib for disease unresponsive to radioactive Iodine therapy. Radiographic imaging revealed a 1.9 cm enhancing mass in the interpolar region of the right kidney .Microscopic examination of the kidney biopsy showed focal infiltration by cohesive malignant cells including a papillary cluster, with the cells showing nuclear grooves. Immunohistochemical stains showed that the tumour cells were positive for thyroglobulin and thyroid transcription factor-1 (Figure 1).
With regards to haematuria, the patient denied any previous significant genitourinary history. Haematuria was intermittent and painless with passage of small clots. The patient was taken to the operating room and underwent diagnostic cystoscopic evaluation of his lower urinary tract. Cystoscopy revealed friable frond-like tissue in the prostatic urethra, with mucosal sloughing and bleeding. Bladder urothelium was grossly normal, with bilateral efflux of clear urine from the ureteral orifices. Microscopic examination of the tissue showed sheets of tumour cells with nuclear crowding, nuclear grooves and intranuclear inclusions. Immunostains showed that the tumour cells are positive for thyroid transcription factor 1 and thyroglobulin (Figure 2). Urine cytology and cell block also showed similar tumour cells.
Histomorphological features and the immunohistochemical staining features in both the renal and prostatic urethral tumor tissue supported a diagnosis of metastatic thyroid carcinoma.

Discussion
Although the prognosis of PTC is generally good, up to 10% of the patients eventually die of the disease and greater proportion would face the morbidity of recurrences. PTC is known to metastasize preferentially to lymph nodes, and distant metastases may be present in upto 10% of patients during the course of follow-up. [1] The most common metastatic locations include the lungs, bones and brain.However, rare cases of metastatic PTC have been reported in the scalp [2], pancreas [3] and maxilla [4]. A small number of metastastic renal lesions have been reported [5]. These cases typically occured after a long latency period followingprimary therapy. There have been no known reported cases of metastatic deposits in the prostatic urethra [1,6]. Other malignancies that have reported metastases to the urethra include rectal adenocarcinoma [7] and malignant melanoma [8].
In the management of patients who have distant PTC metastases, lesions in areas where continued growth into surrounding structures would result in serious morbidity should be addressed with surgical or other palliating treatment. Lesions in the brain, spinal column, weight-bearing bones, or upper mediastinum could progress and result in acute spinal cord compression, superior vena cava syndrome or an acute central nervous system event from brain metastases [6].
We present a rare case of metastatic PTC to the prostatic urethra resulting in intermittent, painless gross haematuria. Fulguration of the lesion resulted in a short term control of bleeding only. Our patient is currently considering external beam radiotherapy to the prostatic urethra to palliate his gross haematuria and further systemic therapy for diffuse metastatic disease. 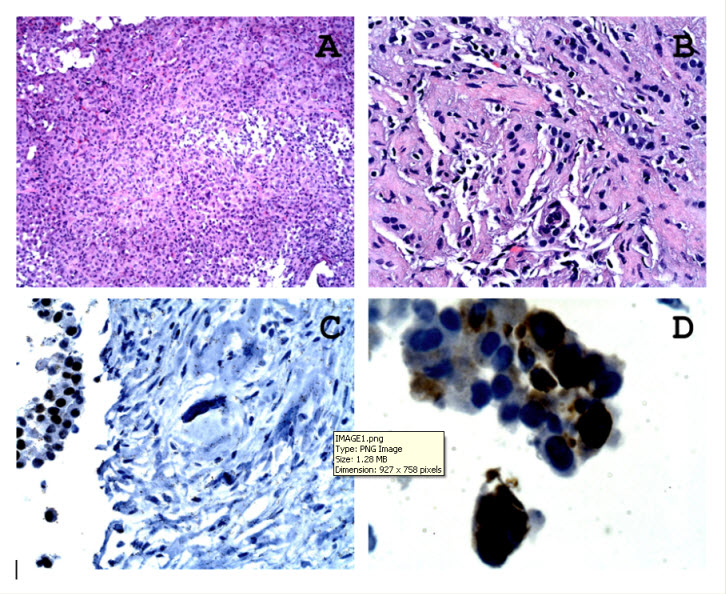 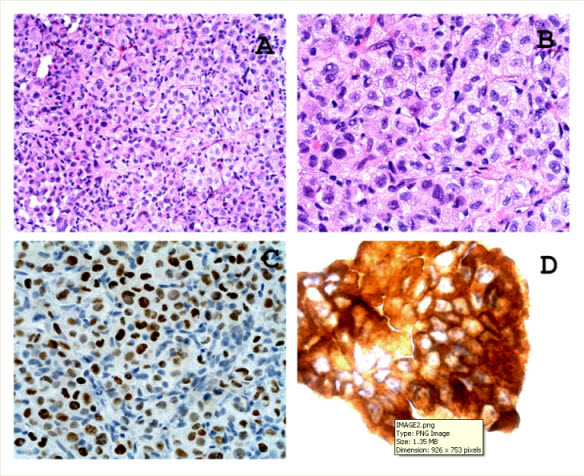 Obstructing Calculi within the Male Urethra An interview with Laurence Klotz, MD, FRCSC
Scroll to top