You are here: Home1 / abiraterone 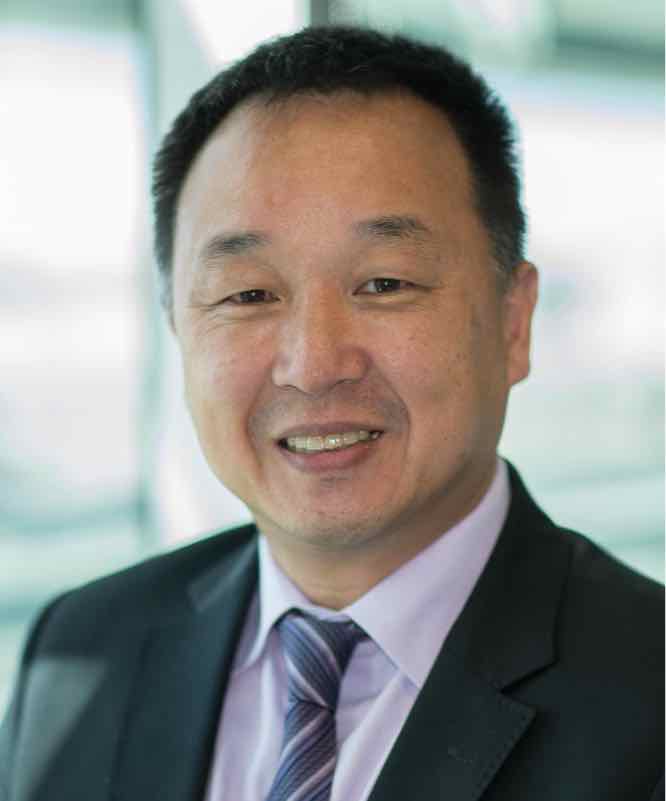 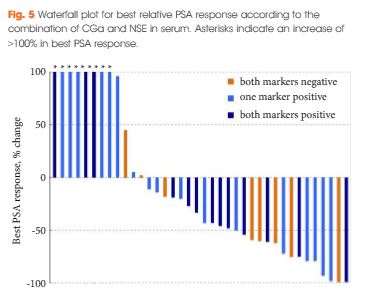 To determine the impact of elevated neuroendocrine serum markers on treatment outcome in patients with metastatic castration-resistant prostate cancer (mCRPC) undergoing treatment with abiraterone in a post-chemotherapy setting.

Chromogranin A (CGa) and neurone-specific enolase (NSE) were determined in serum drawn before treatment with abiraterone from 45 patients with mCRPC. Outcome measures were overall survival (OS), prostate-specific antigen (PSA) response defined by a PSA level decline of ≥50%, PSA progression-free survival (PSA-PFS), and clinical or radiographic PFS.

Chromogranin A and NSE did not predict PSA response in patients with mCRPC treated with abiraterone. However, we observed a correlation with shorter PSA-PFS, clinical or radiographic PFS, and OS. This might be due to an elevated risk of developing resistance under abiraterone treatment related to neuroendocrine differentiation.

Prostate cancer is a global health issue and, although the overwhelming majority (>95%) of metastatic castration-resistant prostate cancers (CRPCs) have adenocarcinoma histology [1], a subset of tumours acquire histopathological and immunohistochemical evidence of neuroendocrine differentiation, with a variety of morphological classifications being reported [1]. Nonetheless, the term ‘neuroendocrine prostate cancer’ (NEPC) should be reserved for tumours with absent or minimal androgen-signalling modulated transcription [2]. NEPC arising in the castration-resistant scenario (treatment-related NEPC or tNEPC) [2] is a disease of unknown prevalence and without an optimum treatment regime. Autopsy studies have shown at least focal neuroendocrine differentiation may be present in up to 33% of patients [3]. The cellular precursor of tNEPC is still debated, but a common clonal origin from adenocarcinoma CRPC (adeno-CRPC) is likely [2]. The assumption of negligible androgen signalling in these tumours implies resistance to agents such as abiraterone and enzalutamide. In this setting, research focused on identifying biomarkers of tNEPC is to be welcomed.

Heck et al. [4] determined the prognostic impact of elevated circulating neuroendocrine biomarkers chromogranin A (CGA) and neuron-specific enolase (NSE) in the serum of patients with CRPC treated with abiraterone in the post-chemotherapy setting. Although CGA and NSE did not predict PSA response, they correlated with clinical and radiographic progression-free survival (PFS), as well as overall survival (OS). The association between these biomarkers and clinical outcomes in metastatic CRPC has been confirmed in retrospective studies [5]. According to the authors, this association, independently of PSA response, underlines the sub-clonality of this disease, and the key role of androgen receptor (AR) signalling, even in advanced disease [4].

The marker NSE is considered to be generic, with high sensitivity but low specificity; CGA is a more specific neuroendocrine tumour biomarker and a common constituent of neuroendocrine tumour secretory granules. Abnormal CGA levels have, however, been significantly associated with intake of proton pump inhibitors in patients treated with abiraterone for metastatic CRPC rather than with duration of treatment [5]. Unfortunately, the use of proton pump inhibitors in that study was not disclosed and may have affected the reported results. Moreover, compared with previous experience, the rate of abnormal NSE was significant higher, probably in keeping with the low specificity of this biomarker.

Interestingly, the authors report an OS and PFS of 12.7 and 3.7 months, respectively [4]. These data are significantly different from the results of the COU-AA 301 study, in which treatment with abiraterone resulted in improved OS (14.8 vs 10.9 months) [6]. Surprisingly, there was no difference in PFS between abiraterone in the study by Heck et al. and the control arm of the COU-AA 301 trial (3.6 months) [6]. This discordance could be attributable to the small sample size of their study rather than the high PSA level at initiation of abiraterone, as claimed by the authors. In support of this alternative possibility, a post hoc analysis of the AFFIRM trial [7] showed consistent benefits in OS and PFS with second-generation hormonal treatments, regardless of baseline disease severity as assessed by PSA level.

Nevertheless, identifying patients with tNEPC is an urgent clinical need; genomic germline and somatic DNA next-generation sequencing as well as transcriptomic analysis of metastatic biopsies should now be considered a key approach to better understanding the heterogeneity of metastatic CRPC and to personalize treatment in order to maximize benefit.

There is substantial genomic overlap between adeno-CRPCs and tNEPC. TMPRSS2-ERG is the most common genomic aberration in prostate cancer and has been reported in NEPC with a similar frequency [2]. Furthermore, both adeno-CRPCs and tNEPCs are enriched for the inactivation of key tumour suppressor genes, such as RB1 and TP53, compared with hormone-sensitive prostate cancer, albeit in different proportions [2]. Although genomic amplification and activating point mutations of the AR in tNEPCs are notably absent, the presence of AR-splicing variants, including ARv7, is still detectable, suggesting that AR signalling is still present in at least a proportion of tNEPCs [2].

Despite a common background of genomic aberrations, tNEPCs have also been reported to have significant overexpression and copy number gains of AURKA and MYCN (40% of NEPC vs 5% of primary prostate cancer tumours), although these findings remain unsubstantiated [3]. As such, these have been postulated to be drivers of this disease phenotype and are under investigation as targets of novel agents.

Genome-wide DNA methylation analysis has, however, also shown that there are marked epigenetic differences between NEPC and adeno-CRPC, suggesting that epigenetic modifiers play a major role in the induction and maintenance of the neuroendocrine status [2].

In conclusion, the identification and definition of NEPC remains challenging. Blood biomarkers such as NSE and CGA cannot be considered to be proven prognostic biomarkers of NEPC as they have only been evaluated in small retrospective studies not adhering to REMARK criteria [8]. Genomic profiling from tissue biopsies or circulating DNA remains a preferable way to identify NEPC and is increasingly feasible, although still not affordable or a standardized procedure for the definition of NEPC.