You are here: Home1 / Bill Hendry 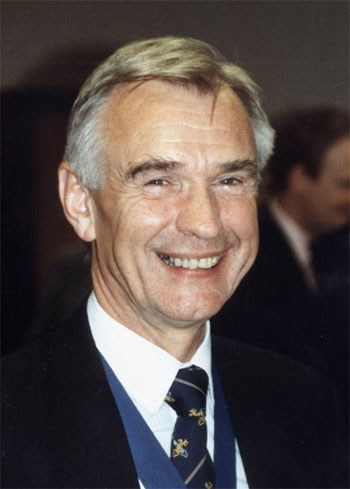 I have the fondest memories of Bill Hendry, who sadly died, aged 73, last autumn. I first met him, and his wife Chirsty, on a urology section of the Royal Society of Medicine (RSM) ski trip, when I immediately fell for his infectious enthusiasm and energy. I remember hearing him delivering a brilliant lecture on the outcomes of radical cystectomy, an operation of which he was consummate performer.

I joined Bill and Hugh Whitfield as a consultant at St Bartholomew’s Hospital in 1986, where I saw first hand his skill as a surgeon and his unerring caring compassion towards his patients. I used to do Friday afternoon clinics with him at Bart’s: he focussed on infertility, while I ran an erectile dysfunction clinic. Bill used to joke that we should have a signpost: Penises this way, testicles the other!

I was honorary secretary when Bill was President of the RSM urology section. With typical energy he decided to depart from the ski meeting formula and instead led the group to Zimbabwe, an excellent meeting that finished memorably with a dinner in the Victoria Falls Hotel. A fabulous evening was had, significantly enhanced by the generous provision of specially imported South African Meerlust (sea breeze) wine.

I also had the privilege of being honorary secretary when Bill was president of the British Association of Urological Surgeons (BAUS). We had so much fun together, planning and running the annual meetings, and we can claim the honour of founding the very successful BAUS Section of Oncology. I remember discussing the idea with Bill on a ski lift in Grindelwalt. He had the vision and drive to get it established.

Bill took rather early retirement and went to live on the Isle of Lewes, where took up breeding highland cattle and won a number of prizes. Unfortunately Chirsty died and only a few months later Bill suffered a heart attack and passed away. He will be remembered as a brilliant surgeon, teacher and communicator. I do hope some of those who trained under him will add their own special memories to this blog.